"We help export home appliances, construction materials and automobiles while shipping a wide range of products including auto parts, machinery, agricultural products from countries including Germany, Japan and Chile into China," he added.

COSCO is one of the shipping companies settled at the Port of Nansha, the largest comprehensive port in South China. Located at the geometric center of the GBA, the port connects China with more than 100 countries and regions with over 150 shipping routes and 16 deep-water container berths. Its annual capacity has increased up to 20 million TEU. 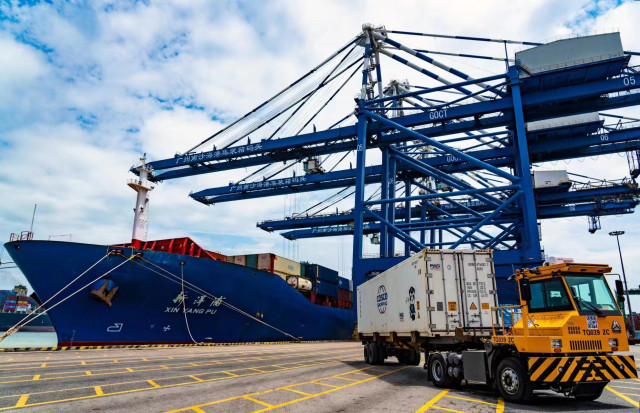 In June 2022, the State Council issued a plan to promote cooperation with Hong Kong and Macao by further opening up Nansha. It highlights that Nansha will be built as an international shipping and logistics hub and strengthens international economic cooperation. A comprehensive service base has also been built in Nansha to help Chinese enterprises expand global market. "The Port of Nansha has its natural advantage and a convenient transport network connecting with the airport and a freeway directly leads to the bonded warehouse," said Li Peicong, an International Logistics Specialist of CAINIAO.

Having worked at the Nansha Comprehensive Bonded Zone for more than 2 years, Li is impressed by the advanced logistics facilities in Nansha, which boosts the area to further opening up.

According to Li, the CAINIAO's international warehouse in Nansha Comprehensive Bonded Zone is about 200 thousand square meters. The goods include cosmetic products from the USA, the Republic of Korea and Japan, and maternal products from Europe. Due to the efficiency of customs clearances, Li said consumers can buy imported products that are stored in the domestic bonded area and receive their products within 24 hours at the soonest. "The advantage of bonded warehouse is that it saves the time of overseas logistics for consumers," Li added.

Nansha Customs House (affiliated to Guangzhou Customs District) has also introduced a series of measures to further simplify procedures to support and help build Nansha port into an international hub.

"To boost foreign trade and shipping efficiency, we implement the 'Greater Bay Area Inter-port Transport' project, which takes the Port of Nansha as the hub port and the river ports along the Pearl River as the feeder ports, forming a 'two ports working like one' mode of operation," said Chen Shaorui, Deputy Section Chief of Policy Research Office, Nansha Customs House.

"Exported and imported products can be delivered conveniently and effectively in Nansha," said Chen. She took an appliance manufacturer in Shunde as an example and explained that under the "Greater Bay Area Inter-port Transport", clearance preparation time can be reduced by at least 3 days.

Nansha has seen its foreign trade volume increased 48.4 percent year-on-year to 387.85 billion RMB in the first eight months of 2022, according to the Guangzhou government. 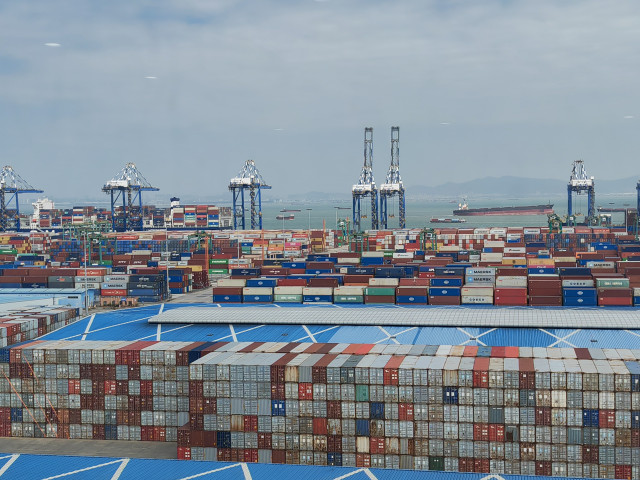 (Nansha has seen its foreign trade volume increased to 387.85 billion RMB in the first eight months of 2022/photo provided to GDToday)

Apart from cross-border e-commerce, the foreign trade business of different sectors have been rapidly developed taking the advantage of the Port of Nansha. In 2021, the value of cold-chain imports from Nansha Port reached 20.29 billion RMB. The variety of imported cold-chain products is more than 50, most of which are seasonal fruits such as durian, mangosteen, and cherries, according to the Nansha government. 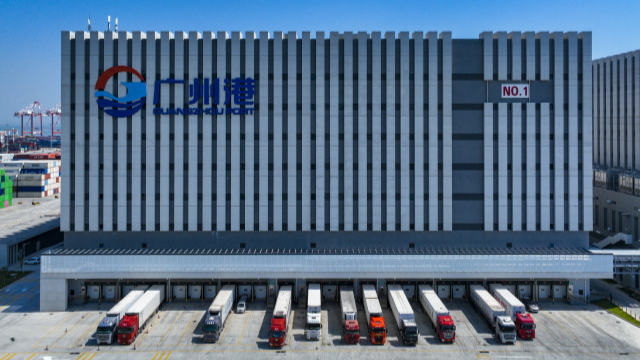 In addition, Nansha issues subsidies for foreign trade enterprises to support their development. For companies that export products from Nansha Port into Hong Kong through barges, they will be given a reward of up to 300 RMB per TEU.

For companies that achieve an increase of 10 million USD in the total foreign trade value in 2022 compared with that in 2021, they will be given a reward of up to 100,000 RMB, according to Policies and Measures of Nansha District of Guangzhou Municipality for Stabilizing Foreign Trade (2022) issued by Office of the Administrative Committee of Nansha Development Zone of Guangzhou Municipality.