​Over 11 million tourists traveled around Guangdong during the 2022 New Year's Day holiday (January 1-3), with a tourism revenue of 6.7 billion yuan, according to the Department of Culture and Tourism of Guangdong Province.

Over 11 million tourists traveled around Guangdong during the 2022 New Year's Day holiday (January 1-3), with a tourism revenue of 6.7 billion yuan, according to the Department of Culture and Tourism of Guangdong Province. 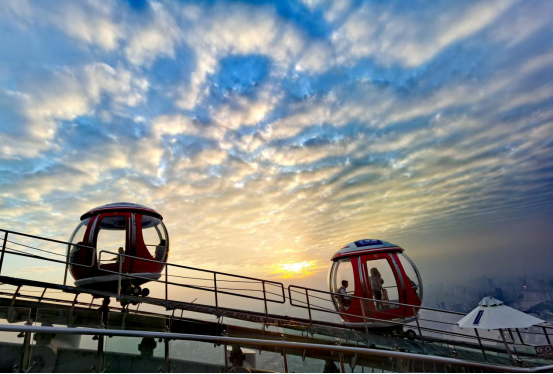 During the holiday, among the 11 million tourists, nearly 4 million tourists paid a visit to 4A level and above tourist attractions, 387,000 tourists to 14 sections of the historical trails, 240,000 tourists to 13 red tourism scenery spots, 393,000 visitors to 71 rural tourist spots and historic villages, as well as 518,000 million visitors to 75 key public cultural institutions.

In addition, public cultural institutions held exhibitions and activities both online and offline. The Sun Yat-sen Library of Guangdong Province held the 2022 New Year Recitation, while the Nanyue King Museum planned a series of activities such as Hanfu events and vase making, and the Guangzhou Cantonese Opera Troupe provided a special performance of Cantonese opera online which attracted about 11,000 viewers.

Due to the COVID-19 resurgence, scenic spots inside cities of Guangdong became the best choices for local tourists, most of which traveled mainly in a short and medium distance. Moreover, hot spring resorts and camping have become new favorites for tourists. 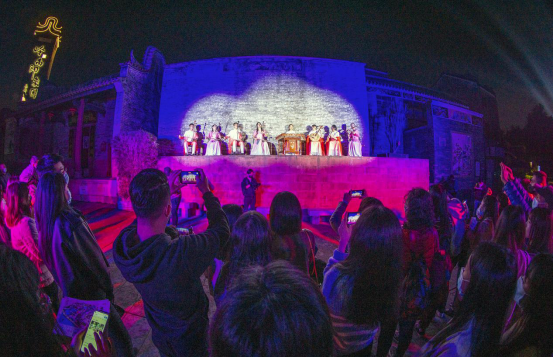 Guangzhou, one of the most popular New Year's day destinations in China, organized around 500 cultural and tourism activities centering on the six consumption factors of food, accommodation, transportation, tourism, shopping and entertainment. It received about 5 million tourist arrivals during these three days, among which over 3 million tourists visited 27 cultural attractions in Guangzhou, contributing 3.481 billion yuan in cultural tourism revenue.

Urban leisure and rural tourism were the mainstream of New Year's holiday tourism consumption. Guangzhou had 2.3882 million tourist arrivals to rural areas, and Beijing Road, Yongqing Fang, Tianhe Road and other featured blocks received 2.523 million visits. In addition, red tourism stood out during the holiday, with 73,500 visitors in 9 national red tourist attractions including the Museum of the Site of the Third National Congress of the Communist Party of China, the Memorial Museum of 1911 Revolution, and the Guangzhou Uprising Memorial Hall.