Recently, 9 highways in Guangdong were awarded as the national road safety projects, which is based on the data from 2018 to 2020.

Recently, 9 highways in Guangdong were awarded as the national road safety projects, which is based on the data from 2018 to 2020. 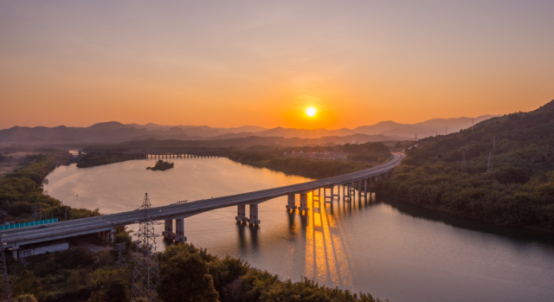 With a total length of 365 km, the project is one of the main arteries in the north of Guangdong. The construction took about 4 years. 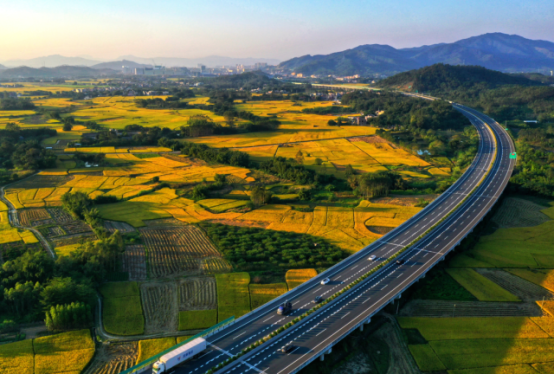 As an important part of Wuhan-Shenzhen Expressway, the project has a total length of 272 km. Located in the mountainous area of northern Guangdong, it has very complex geological conditions. 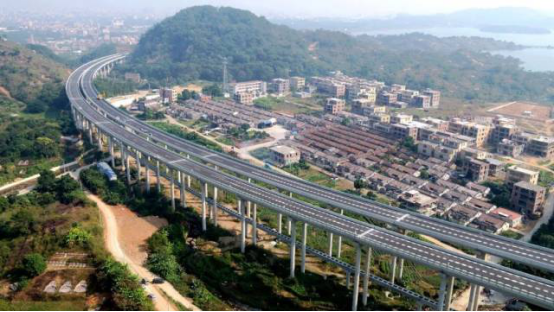 The project has a total length of about 63km passing through Shantou and Jieyang. It is critical to the promotion of high-quality development in Jieyang and build a city cluster among Shantou, Chaozhou and Jieyang.

The project is an integral part of Shantou-Zhanjiang Expressway and the main path from the Pearl River Delta region to the western Guangdong, southwestern China and Hainan Island. The total length is about 319 km. 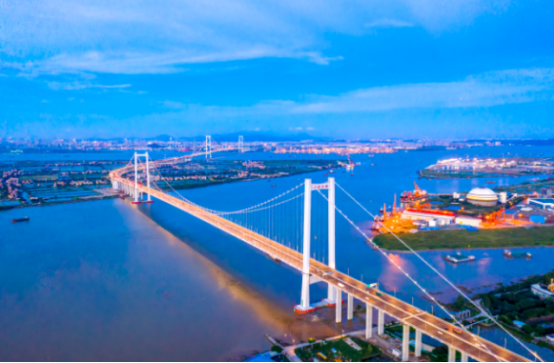 The bridge is an important part of the Pearl River Delta expressway network, connecting Shatian Town in Dongguan to Nansha District in Guangzhou, as well as the Guangzhou Ring Expressway and the Guangzhou-Shenzhen Coastal Expressway. 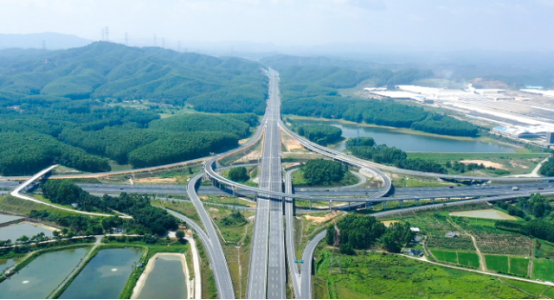 Staring from Genghe Town of Gaoming district in Foshan, the project terminates at Shahu Town of Enping city in Jiangmen with a total length of 43.4 km.

7. Reconstruction and Expansion Project of Sanbao-Shuikou Section of Foshan-Kaiping Expressway 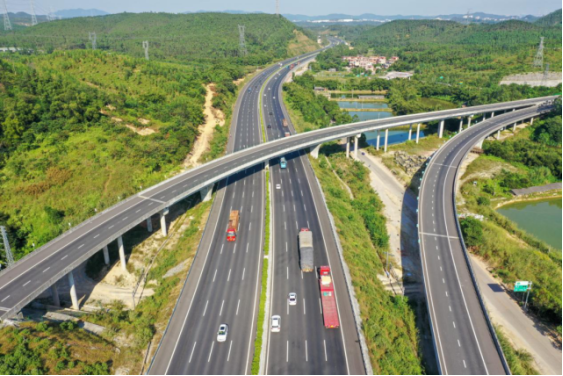 The original 4 lane section of the Foshan-Kaiping Expressway was expanded to the current 8 lane one. After opening to traffic in 2019, the project provides a strong underpinning to the economic development of areas along the road and even the whole Greater Bay Area.

The project traverses Gangping town of Huaiji county in Zhaoqing in the north and ends in Yunan town of Yunfu in the south, facilitating travel for a population of more than 3 million. 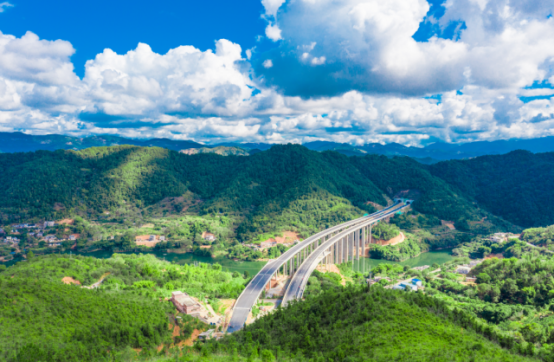