According to Guangzhou Metro, the west extension of Line 7 started operation at 2 pm on May 1, connecting Guangzhou’s Panyu District and Foshan’s Shunde District.

According to Guangzhou Metro, the west extension of Line 7 started operation at 2 pm on May 1, connecting Guangzhou’s Panyu District and Foshan’s Shunde District. 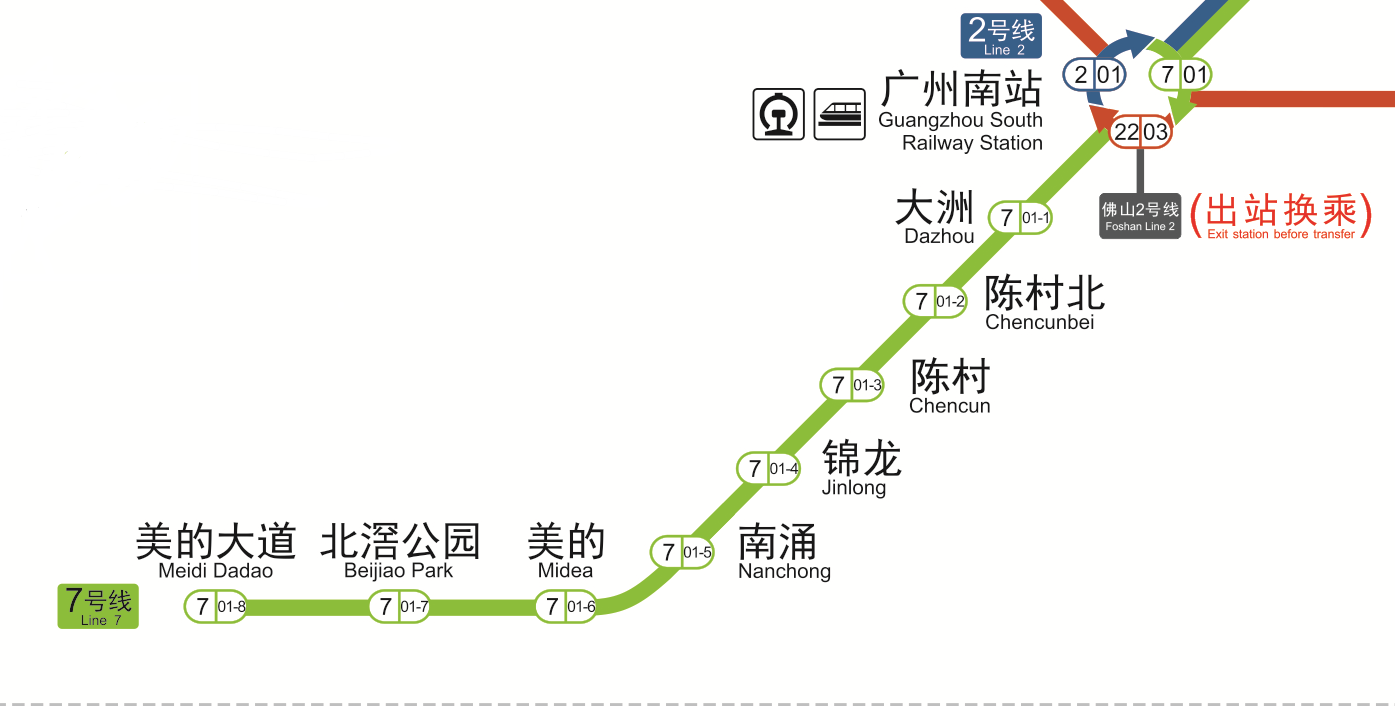 With the extension line, it enables residents to go from Meidi Dadao to downtown Guangzhou in just around one hour, which means residents in Foshan's Chencun (陈村), Beijiao (北滘), and the surrounding areas of Guangzhou South Railway Station can spend less time commuting.

The first train of the extension line departs at 6 am and the last departs at about 11 pm. There will be 18 trains running at the peak hours every days, which depart every 5 and a half minutes.

Guangzhou Metro has made full preparation to ensure the extension can work smoothly. The performance and stability of relevant facilities have been improved through various testing and adjustments in terms of operating the machines and coping with any emergency.

13 new trains have been added for the extension, featuring a self-driving system with human supervisors, 36.6-inch LCD maps, and LCD monitors at carriage ends. The location and other information of the train will be on display in real time.

A trial ride shows, it takes about 49 minutes to finsih the whole route from Meidi Dadao Station to Higher Education Mega Center S. Station (大学城南站) for about 32 kilometers, and about 35 minutes if residents get started from Jinlong Station.

Lingnan culture has been promoted in Metro stations along the west extension of Line 7. For example, the dragon boat is used as the overall design model in Beijiao Park Station, and elements such as orchids and Three Character Primer (三字经) are featured in Chencun Station.

The element of this classic book was added in memory of Ou Shizi who is a Song Dynasty scholar attributed to Three Character Primer and a native of Chencun, Shunde.