​Oil, tea, skin-care products -- a variety of products made of peonies highlight the potential of the plant for local development in Heze City, east China's Shandong Province. 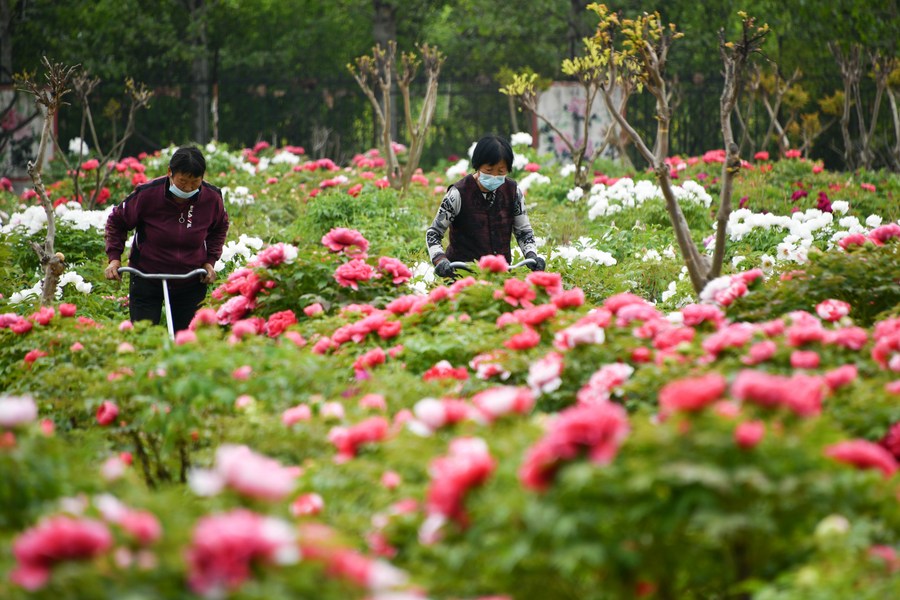 Oil, tea, skin-care products -- a variety of products made of peonies highlight the potential of the plant for local development in Heze City, east China's Shandong Province.

With a plantation history of more than 1,000 years, the peony industry in Heze has expanded from making ornamental goods to the fields of food and health care, becoming a driving force in rural vitalization for local farmers.

"Planting peonies in woodlands benefits us a lot. People can earn money by selling peonies and the trees, which is more profitable," said Huang Jihe, Party chief of the village.

Peony plantations cover a total of 32,000 hectares in Heze, where the industry generates close to 10 billion yuan (1.51 billion U.S. dollars) in revenue and employs over 100,000 people.

Han Gang, a local farmer who used to be a migrant worker, now works in the peony industrial park in his village, earning over 4,000 yuan a month.

"With a stable job near my home, I can also take care of my family," Han said. 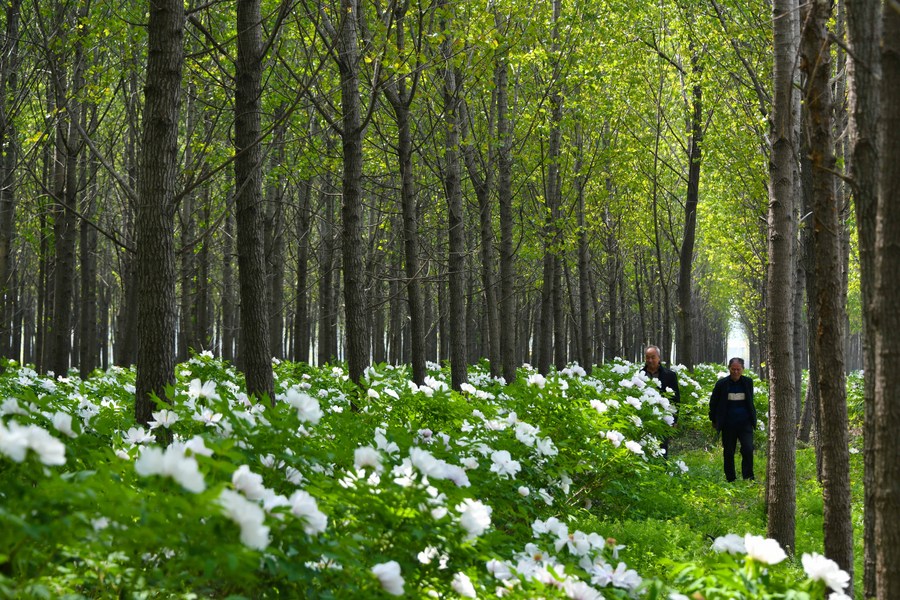 Heze boasts about 120 peony processing companies and 11 enterprises engaged in peony exports. The city has an annual production capacity of 25,000 tonnes of peony seed oil.

The industry is also integrated with traditional crafts such as peony-themed porcelain making to boost the added value.

"We are developing small decorative items such as peony earrings, hairpins and brooches," said Li Changsuo, manager of a local company in Heze.

Pingyi County in Shandong is a major honeysuckle production base. It has 43,000 hectares of honeysuckle plantation, with a total output value of over 4.5 billion yuan.

Honeysuckles are planted in more than 90 percent of villages in the county, generating 300,000 jobs for locals, according to official data.

The demand for honeysuckle is rising as traditional Chinese medicine gains popularity. Some local companies have created new products made of the flower, such as honeysuckle tea and toothpaste.

"Our county used to sell raw materials. With the advent of the new industry, local companies have developed a comprehensive industrial chain for honeysuckle production, increasing the total value and returns," said Zhang Xiaobin, Party chief of the county. 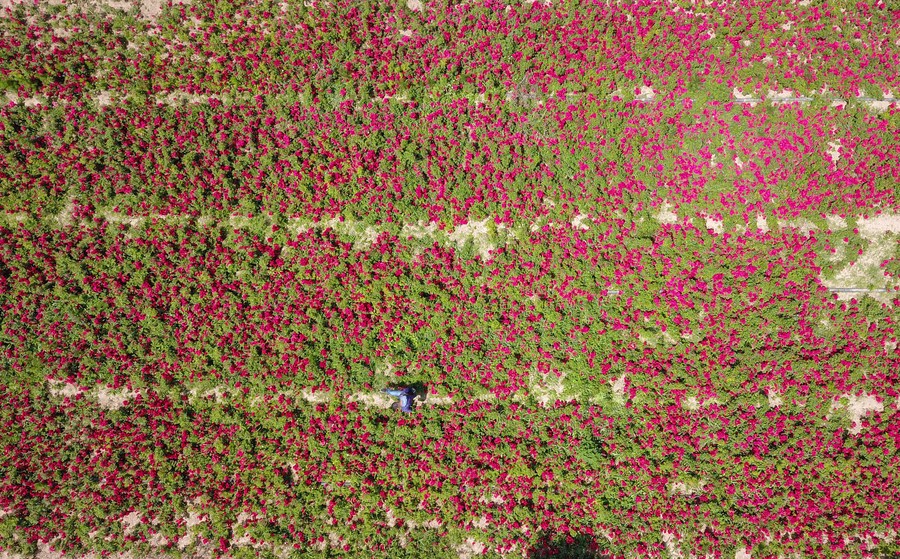 Distinctive local industries such as the daylily plantation in Shanxi Province, snacks such as Shaxian delicacies including peanut butter noodles and wontons filled with juicy meat in Fujian Province, and Luosifen rice noodles in Guangxi Zhuang Autonomous Region, have been given more attention in rural vitalization.

In Hainan Province, the output of the Wenchang chicken, a distinctive chicken delicacy in Wenchang, reached 12 billion yuan last year. The province is expanding the industrial chain of the special industry.