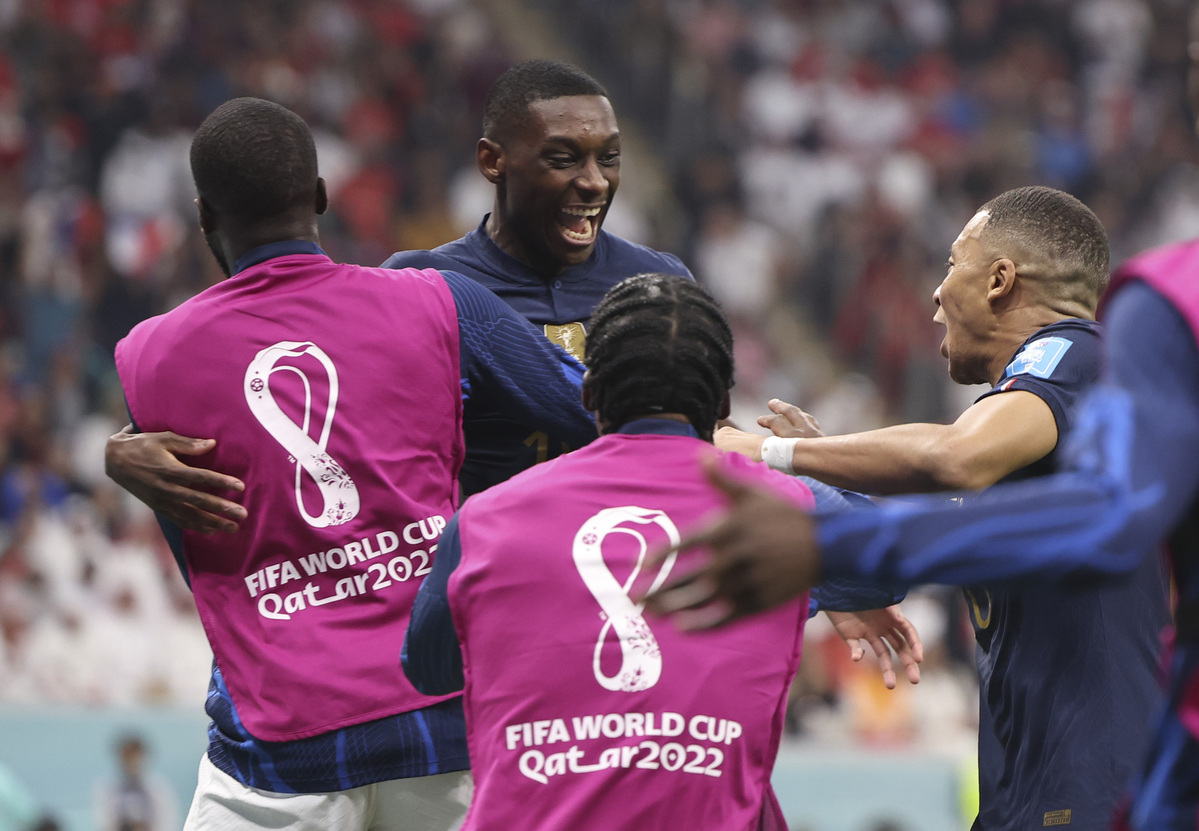 France will play Argentina in Sunday's World Cup final after a 2-0 win over a spirited Morocco in Wednesday's second semifinal.

Theo Hernandez put France ahead in the fifth minute with a smart volley from a tight angle after great work from Antoine Griezmann.

On the stroke of half-time Jawad El Yamiq went close to scoring one of the goals of the tournament following a corner, only for his overhead kick to bounce back off the post with Lloris beaten.

The second half saw Morocco throw everything forward in search of an equalizer, with the French at times pinned deep in their penalty area.

Randal Kolo Muani scored France's second in the 79th minute, just moments after he had replaced Ousmane Dembele. The substitute had a simple tap-in at the far post after good work by Marcus Thuram and Kylian Mbappe.