Energy companies across the EU are also facing severe problems with liquidity in electricity futures markets, risking the functioning of the energy system.

The European Commission proposed a set of new measures on Wednesday to mitigate the effect of the roaring prices of energy and electricity.

The measures were outlined by Commission President Ursula von der Leyen in her annual State of the European Union (EU) address to the European Parliament in Strasbourg, France.

According to the plan, which still must be approved by the member states, the EU should tax the profits of non-gas power producers and should oblige these companies to pay a "solidarity contribution" from their 2022 earnings.

"In these times, profits must be shared," she said, "and channeled to those who need it the most. Our proposal will raise more than 140 billion euros (140 billion U.S. dollars) for member states to cushion the blow directly." 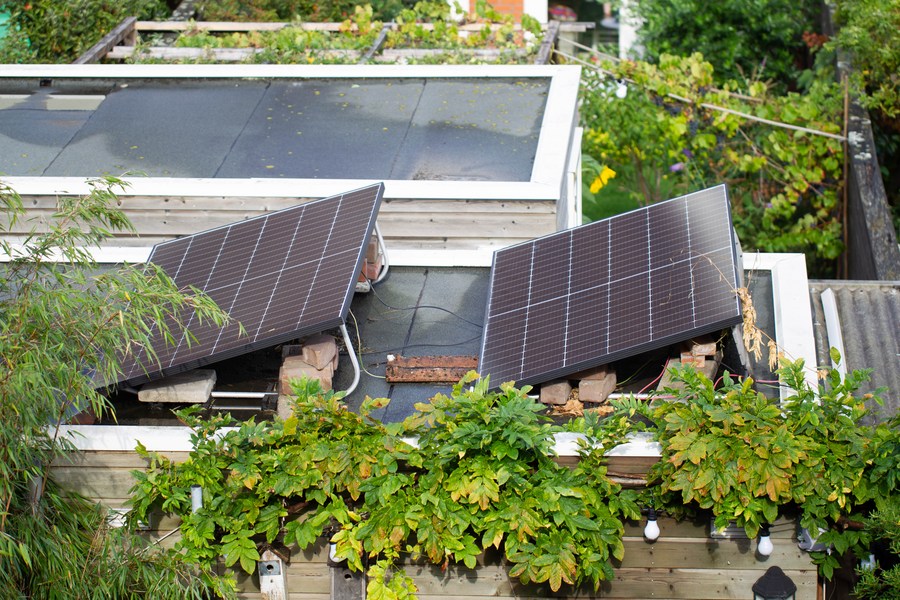 Solar panels are placed on the roofs of buildings in Haarlem, the Netherlands, Sept. 10, 2022. (Photo by Sylvia Lederer/Xinhua)

Energy companies across the EU are also facing severe problems with liquidity in electricity futures markets, risking the functioning of the energy system.

"We will work with market regulators to ease these problems by amending the rules on collateral -- and by taking measures to limit intra-day price volatility. And we will amend the temporary state aid framework in October to allow for the provision of state guarantees, while preserving a level playing field," she said.

Gas prices have risen by more than 10 times compared to before the pandemic, according to von der Leyen.

Looking ahead, von der Leyen said that the EU is planning to reform its electricity market by decoupling "the dominant influence of gas on the price of electricity."

The Commission is also proposing the creation of a new European Hydrogen Bank with a 3-billion-euro budget from the European Innovation Fund.