Lifting tariffs on certain Chinese products will help mitigate the highest inflation in four decades in the United States and put bilateral trade relations back on a normal track this year, experts and business leaders said on Sunday. 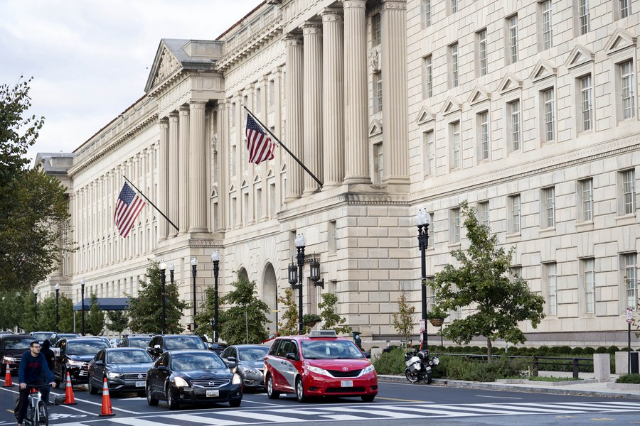 Lifting tariffs on certain Chinese products will help mitigate the highest inflation in four decades in the United States and put bilateral trade relations back on a normal track this year, experts and business leaders said on Sunday.

They made the remarks after US Treasury Secretary Janet Yellen suggested on Friday that the US is open to scaling back the widespread Trump-era tariffs on Chinese goods to help deal with the high inflation disrupting the US economy this year.

Daleep Singh, US deputy national security adviser for international economics, also said earlier that the US government could lower tariffs imposed on a host of nonstrategic Chinese goods such as bicycles or apparel to help combat inflation.

Zhang Yansheng, chief researcher at the China Center for International Economic Exchanges, said the additional tariffs slapped by the US on Chinese imports will eventually add to the burden felt by US consumers and are harmful to the US economy.

But some politicians in the US want to use tariffs as a bargaining chip to coerce China to strategically contain the rise of its economy, Zhang said.

The high level of inflation in the US is a combined result of excessively loose monetary policies and strained international industrial and supply chains due to the impact of the COVID-19 pandemic, said Liu Ying, a senior researcher at the Chongyang Institute for Financial Studies of Renmin University of China in Beijing.

The Russia-Ukraine conflict and Western sanctions further stoked US product prices, she added.

"Raising interest rates, as the US has been doing, cannot quell the inflation as long as the pandemic is not fully controlled, and if the US really cares about its people's interests, it should remove additional tariffs on Chinese imports to reduce price burdens on its people," she said.

The Office of the US Trade Representative reinstated 352 expired Chinese product exclusions from US "Section 301" tariffs last month, exposing the country's reliance on Chinese goods to ease inflation, which accelerated to 8.5 percent in March.

China's exports to the US surged by 16.7 percent year-on-year to $138.89 billion in the first quarter of 2022, up from the 13.8 percent growth registered in the first two months, data from China's General Administration of Customs showed.

Evidence has shown that China's imports from the US have supported the latter in mitigating the pandemic's impact, and the US economy is highly dependent on its imports from China, said Bai Ming, deputy director of international market research at the Chinese Academy of International Trade and Economic Cooperation.

"It would be beneficial to make an overdue correction to billions of tariffs that the previous US administration had imposed on Chinese products," he said.

Whether it is intermediate industrial goods such as auto parts and electric motors, or consumer goods including bicycles and vacuum cleaners, trade will favor the real economy of both sides and peoples' livelihoods, said Chen Bin, executive vice-president of the Beijing-based China Machinery Industry Federation.

Despite uncertainties, China is an integral part of the global economy and is deeply connected with the world, including the US, in almost all industries, said Robert Aspell, president for Asia Pacific at Cargill Inc, a Minnesota-based agricultural conglomerate.

His view was shared by Nathan Stoner, vice-president of Cummins Inc and chairman of Cummins China, who said China continues to be the world's largest end-market of engines by volume, a critical link in his company's global supply chain, and one of the fastest developing markets for new energy and hydrogen.