Guangdong Zhanjiang Mangrove National Nature Reserve, located along the coastline of over 1,500 kilometers of Leizhou Peninsula, has the largest mangrove area in China.

In Zhanjiang, Guangdong province, the southernmost part of China's continent, a green "Great Wall" stretches between the blue sea and the red and brown land, performing as a coastal guard.

Guangdong Zhanjiang Mangrove National Nature Reserve, located along the coastline of over 1,500 kilometers of Leizhou Peninsula, has the largest mangrove area in China. A total of 9,960 hectares of mangroves grow here, accounting for 33% of the mangrove area in China and 78% of that in Guangdong. 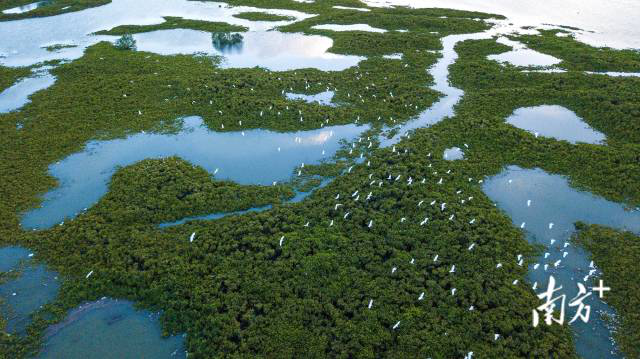 A flock of egrets hover over a mangrove forest in Lianjiang, Zhanjiang. (Photo: Nanfang Daily) 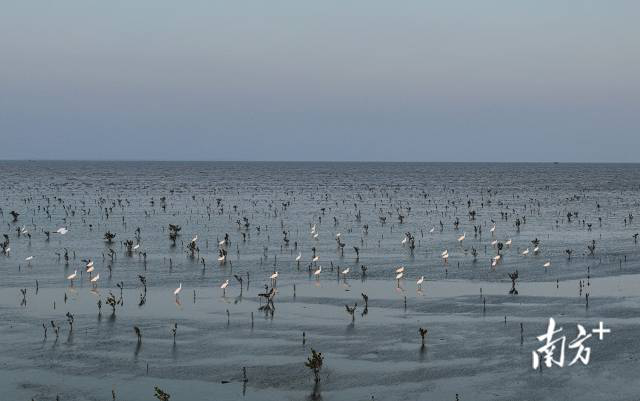 A flock of egrets stand by mangrove saplings as the tide recedes. (Photo: Nanfang Daily)

A mangrove is a shrub or tree that grows in the intertidal zones on tropical and subtropical coast. At high tide, they will be covered by water, leaving only the green canopy visible, and as the tide recedes, they return to a lush forest. Containing a salt filtration system and a complex root system, the mangrove can take root deep into the silt and help fight storms. 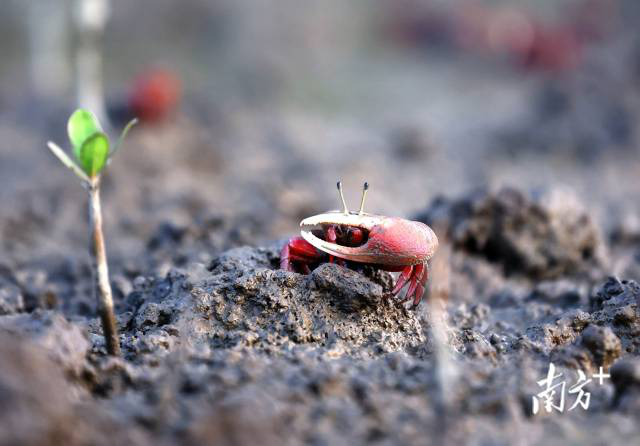 As the tide recedes, fiddler crabs crawl out of their burrows. (Photo: Nanfang Daily)

Techeng Island in Zhanjiang Bay is home to ancient mangrove trees rarely seen in the world, some of which are 500 to 600 years old, and each one looks like a unique natural giant bonsai. 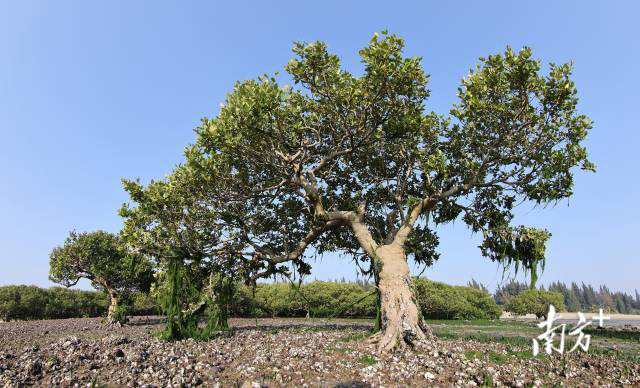 With a complete ecological cycle system, the mangroves shelter a wide variety of fish, shrimp, crabs, shellfish, plankton and birds. In Leizhou's Tujiao Village, fiddler crabs, giant mudskippers, and even spoon-billed sandpipers, a kind of highly endangered bird with only 600 individuals in the world, can be seen on the beach. 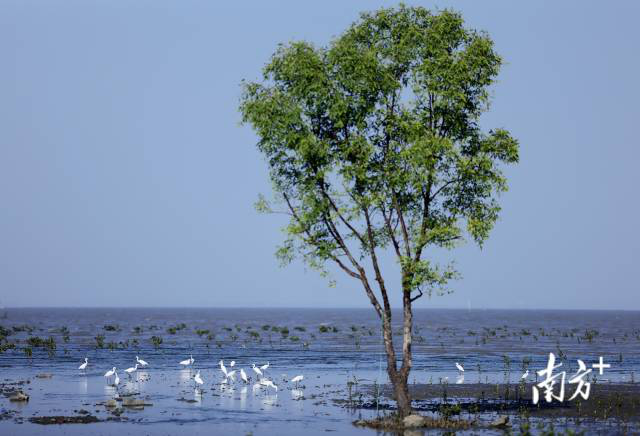 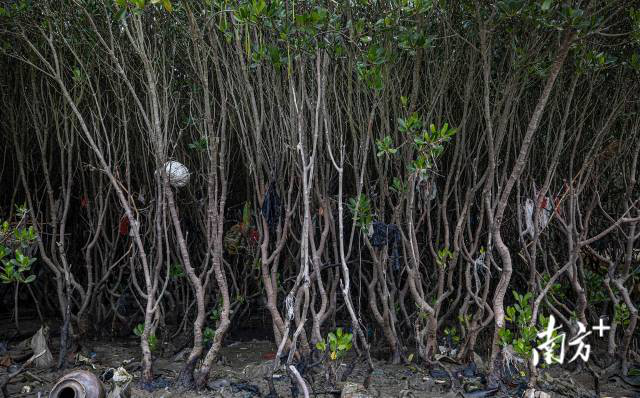 This nature reserve is home to 159 species of algae and 97 species of phytoplankton, providing habitats for more than 170 kinds of birds including both resident and migratory ones. 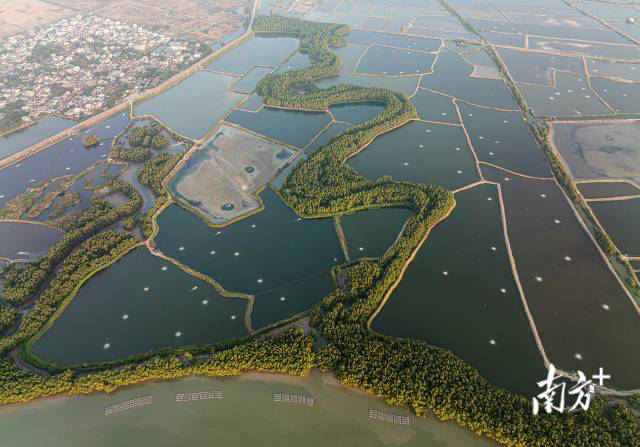 As the tide recedes, people come to the beach to pick up marine products. (Photo: Nanfang Daily) 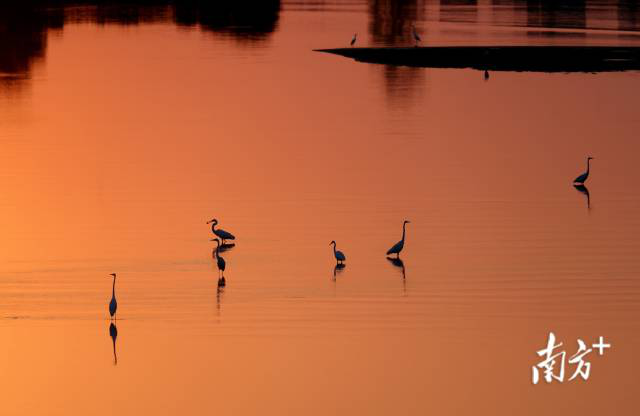 Egrets stand in the shallows near the mangroves in Lianjiang, Zhanjiang. (Photo: Nanfang Daily)

By 2025, Zhanjiang plans to plant 2,813 hectares of mangroves and restore 1,370 hectares of existing mangrove forest, making itself a "mangrove city". 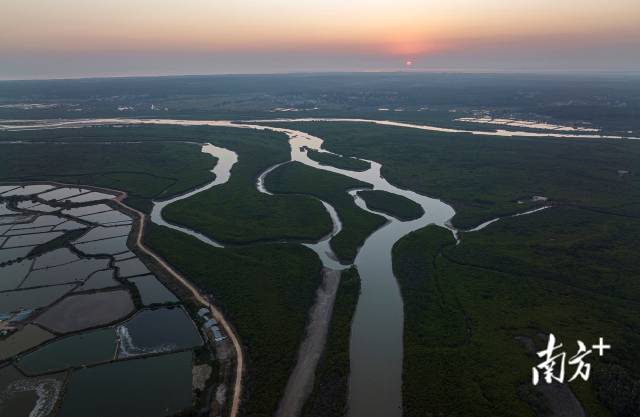