Await participation! Videos of Guangdong a surge on TikTok

On August 2, the event "My Guangdong Story" Global Solicitation for Short Videos was launched. This event also caused a boom on TikTok, where many KOLs shot videos to tell their stories with Guangdong.

On August 2, the event "My Guangdong Story" Global Solicitation for Short Videos was launched. This event also caused a boom on TikTok, where many KOLs shot videos to tell their stories with Guangdong.

In the hashtag "proveyouarefamiliarwithGUANGDONG" on TikTok, influencers from Indonesia, the Philippines, the US, the UK, France, and other places have already participated in the video activity. As of August 17, the event had a total of over two million impressions on TikTok. 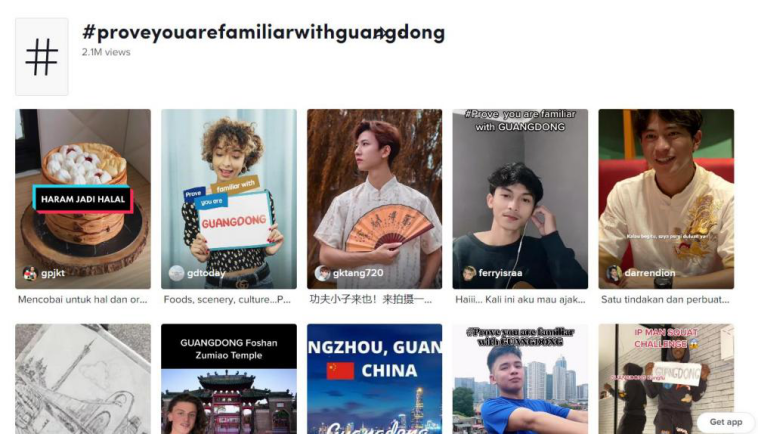 Fengdlcrz, a KOL from the Philippines released a video imitating the scene from the movie "Ip Man". He was amazed by Guangdong Kung Fu from the movie and performed backflips and Ip Man squatting in the video. The interesting video has got a lot of likes and attracted many netizens to join in the "Ip Man squatting" challenge.

An Indonesian KOL "@ferryisraa", who has millions of fans, played and sang the classic Cantonese hit "Broad Ocean and Sky", and the video was widely spread as it was released. Another KOL in Indonesia, "@gpjkt", recorded his process of making cake inspired by Cantonese dim sum, showing the wonderful fusion of Cantonese snacks and Western pastries, and received over 10,000 likes.

Another Indonesian influencer "@mrdanielwille" filmed an interesting and attractive story to express his great desire to visit Guangdong. He traveled through Guangdong in his dream and excitedly took pictures with the landmarks of the province.

These videos also aroused heated discussions among many netizens. Some viewers left messages saying that these videos showed them a different Guangdong. 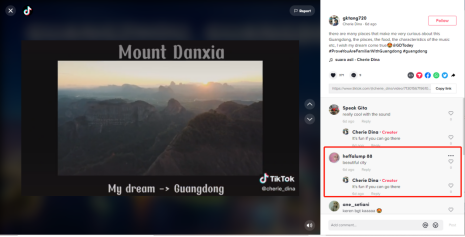 The event was also covered on global media and websites in 16 languages, including Chinese, English, French, Spanish, Portuguese, German, Russian, Thai, Polish, and Slovak. So far, over 1,000 news agencies, websites, as well as TV and radio stations from 20 countries and regions have published reports on the event, such as the Associated Press, Kyodo News, and Yonhap News Agency, as well as websites of Fox News, CBS and The Saigon Times. 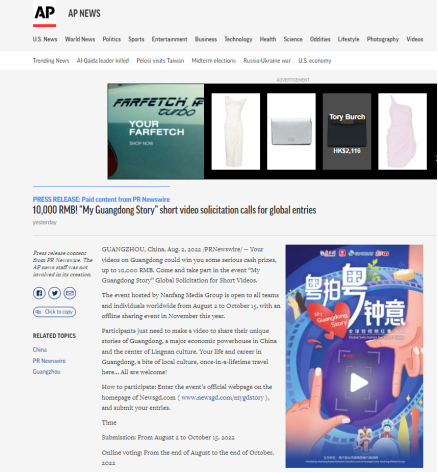 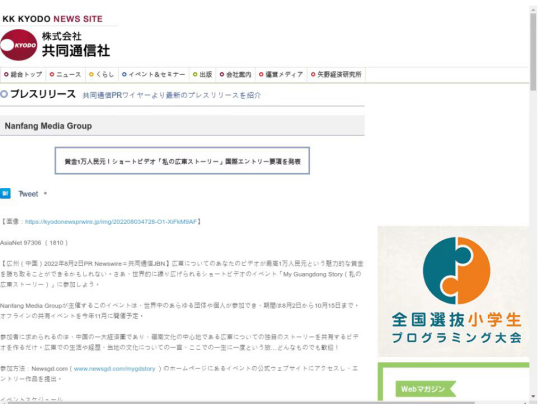 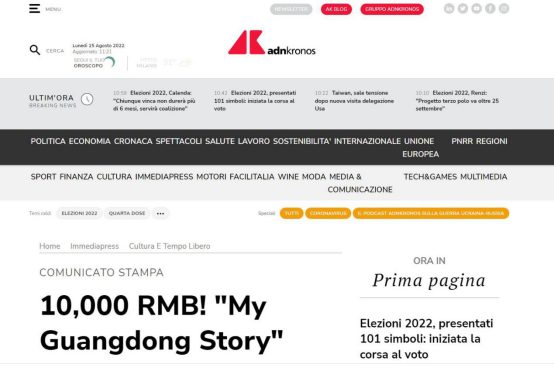 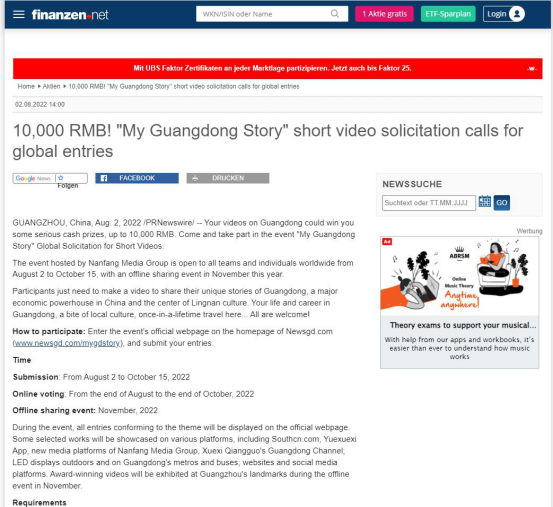 Wanna have a try? Shoot a short video and join the event! In addition to TikTok, you can also share your stories with Guangdong on Twitter and Facebook with the hashtag "#MyGDStory", and get more information on the Facebook account "GD Today (@guangdongtoday)" as well.

Alternatively, you can log in to the official webpage (https://www.newsgd.com/mygdstory) to submit your videos. After online voting, winners and nominees of some outstanding videos will be awarded prizes of between 2,000 to 10,000 RMB each.

The event is still in full swing, come and participate, and show your exclusive story with Guangdong to netizens around the world!