Expat travels halfway around the world to Guangdong to find relatives

Eduardo Somoza, a student from the Republic of El Salvador who studies at the South China University of Technology (SCUT) in Guangzhou, came here to look for his relatives who had been out of touch for almost 100 years.

Eduardo Somoza, a student from the Republic of El Salvador who studies at the South China University of Technology (SCUT) in Guangzhou, came here to look for his relatives who had been out of touch for almost 100 years.

Somoza's story is featured in an entry of the event "My Guangdong Story" Global Solicitation for Short Videos, titled "跨越半个地球来广东寻亲 (Travel halfway around the world to find relatives in Guangdong)".

Somoza's maternal great-grandfather was a native of Guangdong who moved to El Salvador in 1924. After his death, the family lost contact with their relatives in his hometown. In 2019, Somoza applied for Chinese Government Scholarships to come to Guangzhou for university, planning to look for his family members while studying. 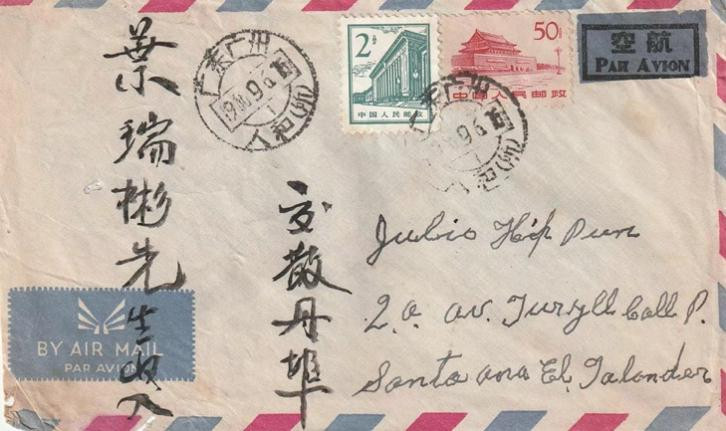 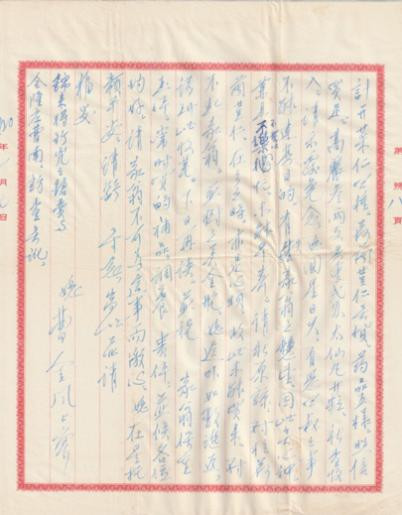 Letters using lots of traditional Chinese characters and ancient languages and some old photos were the only valid clues Somoza had. With the help of his teachers in SCUT, he got an address in Renhe Town, Baiyun District, Guangzhou, where he found his uncle. "My uncle said his father's name was on the letter," said Somoza excitedly, "even though he had never seen these photos before, he still recognized his parents and himself in an old photo." 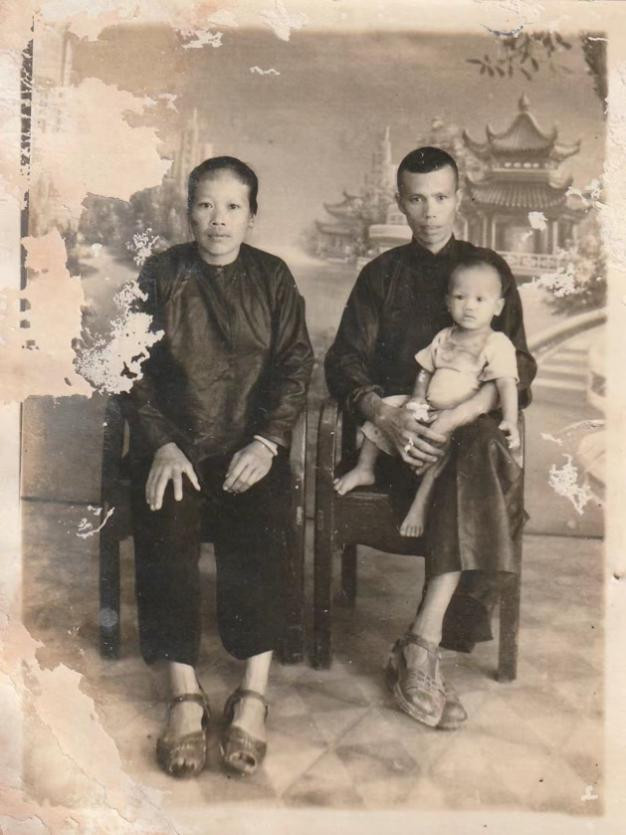 A family photo of Somoza's uncle

Somoza's relatives were surprised and happy that he had come from the other side of the world to find them. "They were so kind and welcoming to me," said Somoza, "although I wasn't born in China, I do feel like I'm at home here." Now, Somoza often visits his relatives, and they usually gather together at festivals.

According to Somoza, his Chinese name is also the name of his maternal great-grandfather. It is traditional in El Salvador that a son can use his father’s name as a way to remember family members. Somoza plans to settle in Guangzhou after his postgraduate studies and find a good job here. "My maternal great-grandfather always wanted to come back here to see his families again," he said, "Though he didn't return, I'm coming back on his behalf." "My Guangdong Story" event is still in full swing and the submission deadline is October 15. Winners and nominees of some outstanding videos will be awarded prizes of between 2,000 to 10,000 RMB each. You can record your most impressive experiences, memories, or stories with Guangdong, and log in to the official webpage (https://www.newsgd.com/mygdstory) to submit.