Are you wondering what interesting places and delicious food these new routes open up? Let’s take a look!

A total of four metro lines including the southern extension of Line 4, first phase projects of Line 9, 13, annd 15 (the Knowledge City Branch) started trial operations on Dec. 28, 2017. With the opening of these four lines, the total track length of Guangzhou Metro has reached 390.6 kilometers, ranking third in China.

Are you wondering what interesting places and delicious food these new routes open up? Let’s take a look! 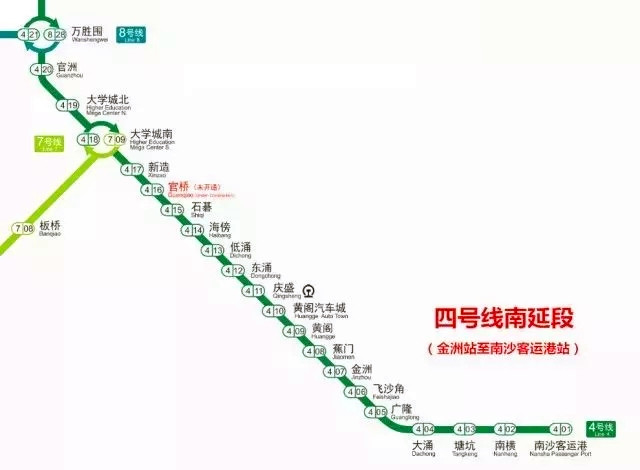 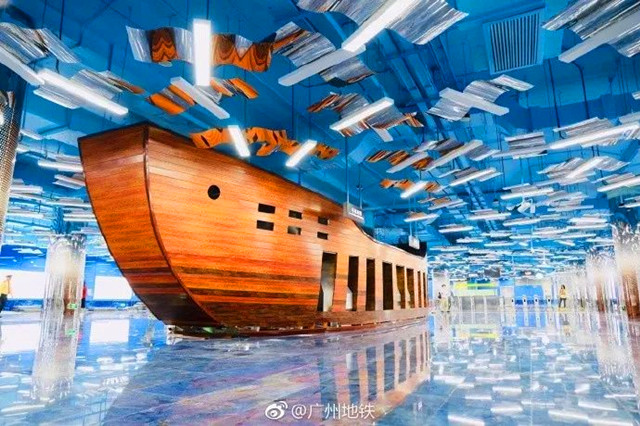 Facing the Lingding Ocean, on the mouth of the Pearl River, Nansha Tianhou Temple sits on the southeastern slope of Dajiao Mountain. It was orinially built between 960-987 to worship the goddess of sea, called Mazu by the people, but whose real name was Linmo.

The current architecture on site combines both the styles of the Ming Forbidden City in Beijing and the Republican era Dr. Sun Yat-sen’s Mausoleum in Nanjing. It is the largest compound of its type in the world. It gained the reputation of being the ‘First Tianhou Temple under Heaven’ and the biggest Mazu Temple in southeastern Asia. 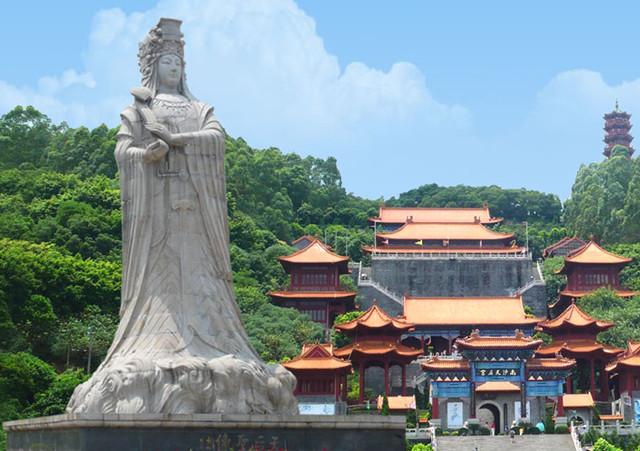 As a National AAAA Level Scenic Spot, Huangshanlu Forest Park is Guangzhou’s largest free forest park. It is named Huangshanlu after its two peaks, Huangshan and Lushan. Covering an area of 1,200 square meters, its highest peak is 295 meters, the highest in southern Guangzhou.

In sunny days, you can see a magnificent panorama of Nansha District and the seaport. You can also have a clear picture of Humen Bridge, Jiaomen River City Center, and the lakes in the mountains. The forest park also is a paradise for birds. During Winter months, you might see huge flocks of birds migrating south to the park, as it is one of their Wintering habitats. 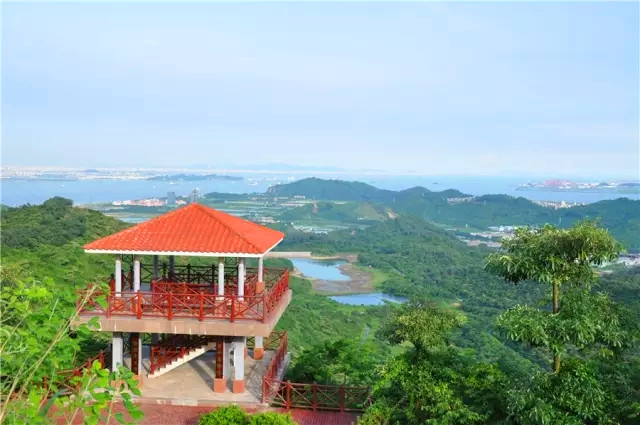 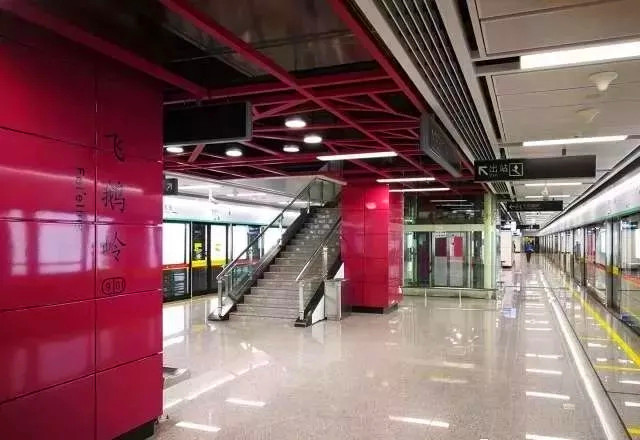 Dongfeng Gymnasium is designed to be energy-efficient and environmentally friendly, adopting natural lighting, thermal insulation, energy saving materials, and other eco conscious measures in its construction. With comprehensive facilities, there are both main training stadiums. You can hire a court to play indoor sports with your friends, or watch a match, concert or exhibition from time to time. 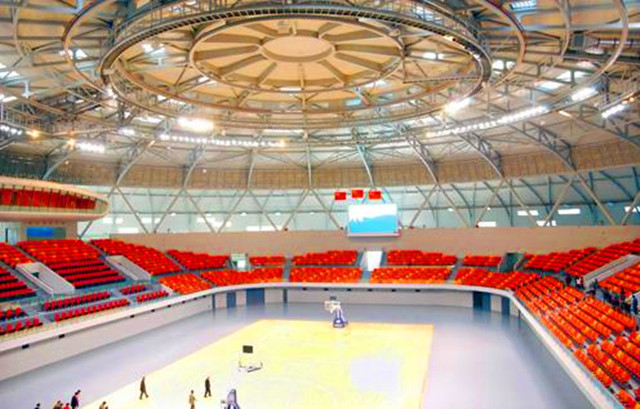 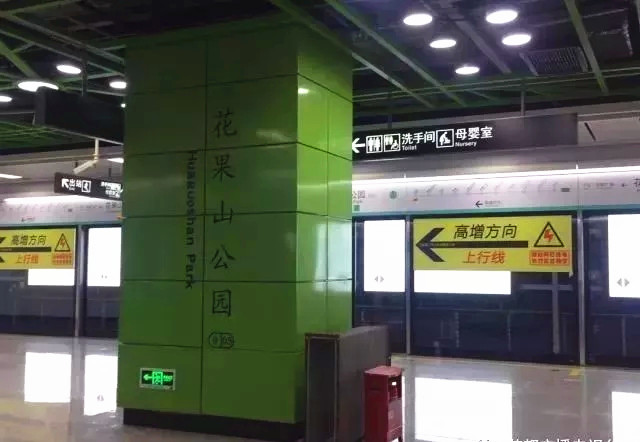 Covering about 36 acres, Huaguoshan Park is a beautiful garden for you to relax or exercise in. Its ingenuity lies in the wonderful combination of flowers, fruit trees, rockeries and water features, you are surrounded by green on all sides and there are many benches and pavilions where you can sit and soak it all in. 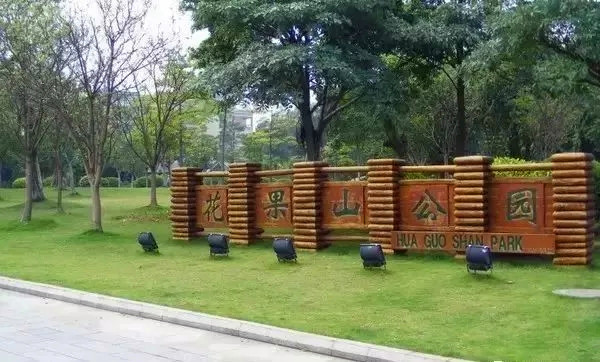 The park is small, but it is scenic and tranquil. The TV Tower is especially bright and attractive at night. After visiting the park, you could also visit the nearby Huadu Library where you can borrow books for free and enjoy some quiet reading. 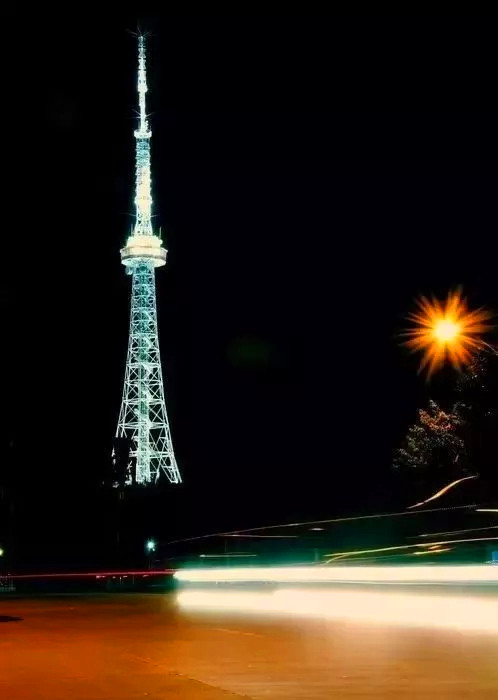 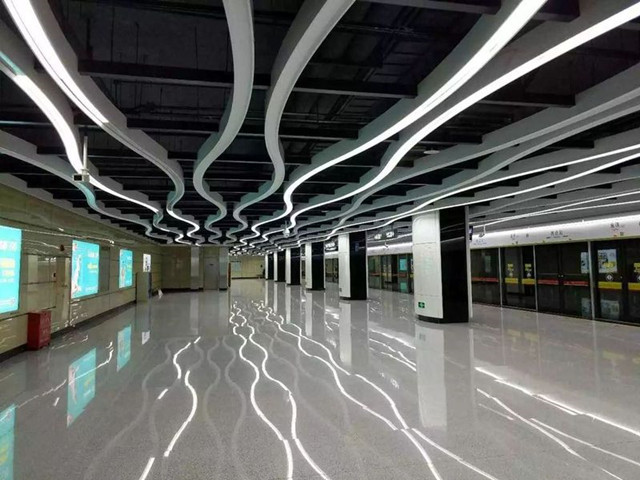 The former site of Guangdong Army and Navy College, the first military school in modern times of China. It bore witness to the great efforts that Dr. Sun Yat-sen, the pioneer of the China’s democratic revolution, made to revitalize the country.

In1988 the site was listed as a key cultural relic under state-level protection. You can wander the site, see where soldiers took their classes, where the officers lived and slept and learn more about the significance of the academy to China’s democratic revolution. 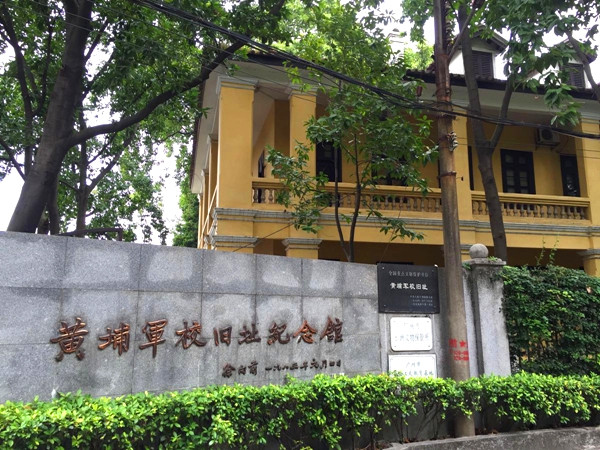 Huangpu Scrambled Egg is one of the most famous and popular dishes throughout Guangdong. It was invented by fishermen in Huangpu, the home port of the ancient Maritime Silk Road.

Due to its appearance like a yellow cloth, it is also called Huang Bu (yellow cloth) egg. The pun being - Huangpu and Huang Bu have the same pronunciation in Cantonese. It is said that the former president of the Republic of China - Chang Kai-Shek really enjoyed this dish. 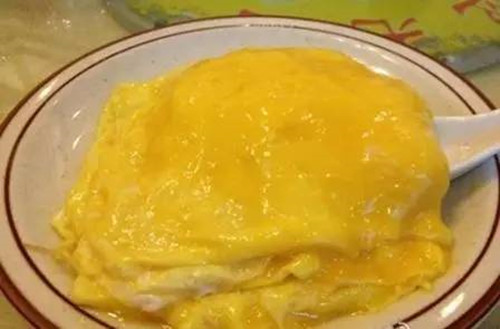 Where to eat: Most restaurants in Huangpu offer this dish. 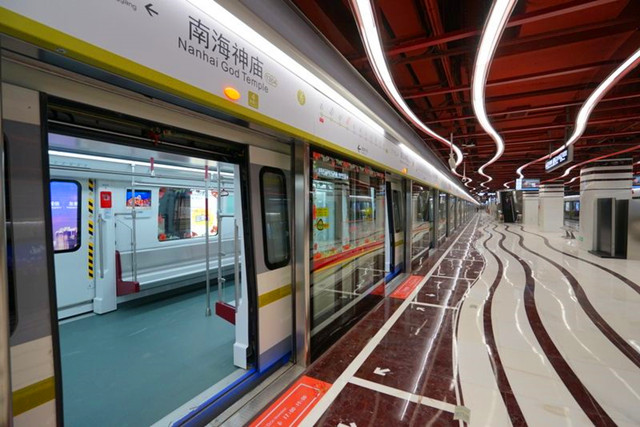 Nanhai God Temple was the place where the local people in ancient times made offerings to the Sea God. It is the only temple left of the four ancient Sea God Temples in China. Founded in the Sui Dynasty (594), it is of important value in the study of foreign trade in ancient China as Guangzhou is known as the starting point of the ancient Maritime Silk Road, and is a place where you can get a dose of real Cantonese culture. 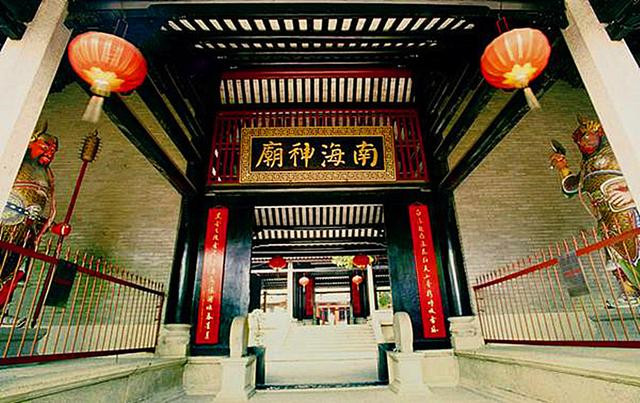 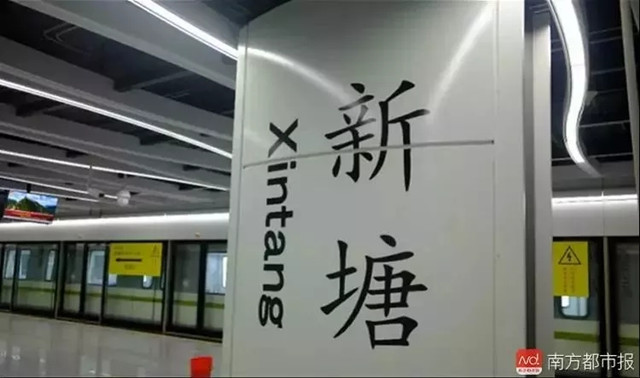 Xintang Fish Wonton may seem like normal wonton at first glance, but it tastes totally different. The ‘parcel’ is made of flour and minced dace, and its fillings include fish gelatin, cured meat, dried duck, ground meat and mushroom, delicious when accompanied with soup. From now until Spring, is the perfect season to eat Xintang Fish Wonton, because dace tastes best after Autumn and this kind of cured meat and dried duck are often consumed in Winter as well.

Where to eat: Most of the restaurants in Xintang, both big and small, offer Xintang Fish Wonton.

This is a traditional, ordinary looking food stall, and has been operating for about 20 years. Its specialties include fried chicken wing, fried Spring Festival cake, fried meat balls, and many other kinds of fried snacks.

Cost: About RMB 15 per person

A former marine cave which was formed by sea-land changes in ancient times. It is the deepest marine cave in Guangdong and the largest, most intact marine cave in the Pearl River Basin. It is one of the ‘Eight Sights of Zengcheng District’. Near the marine cave are the famous Xintang Shiyan Temple and Tianhou Temple which are also well worth a visit. 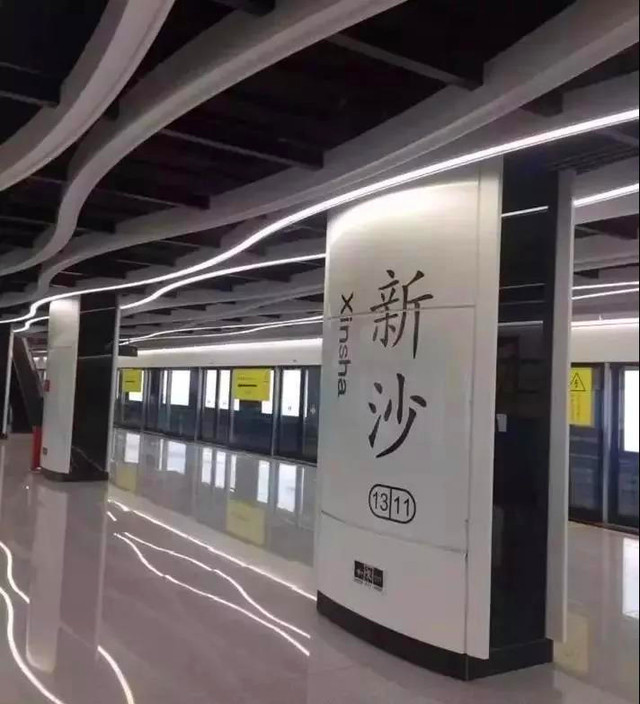 As a typical Lingnan water village, Guling Village has the only floating residential buildings which can be dated back to the Qing Dynasty in Guangzhou. Together with the watchtowers, granite lanes, ancient wells, old trees, orchards and rice fields, the village presents a largely unspoiled view of rural life. It’s well worth visiting. 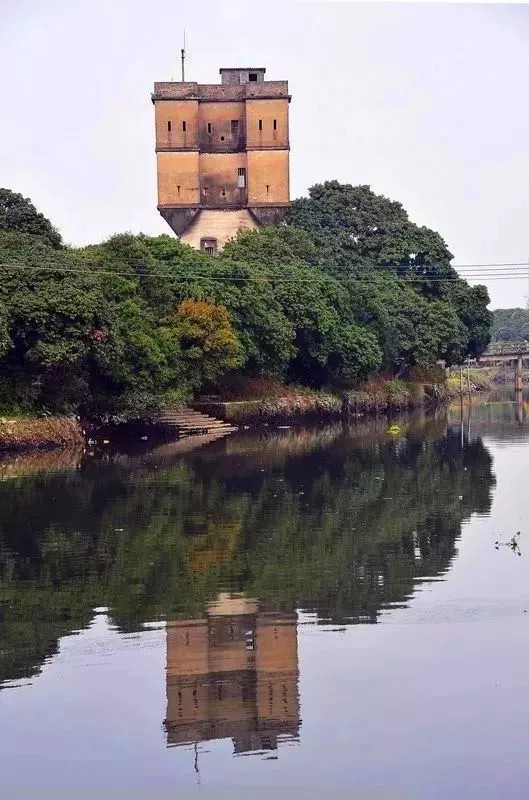 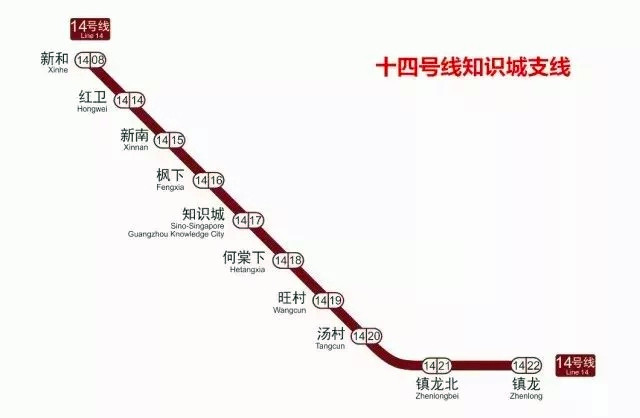 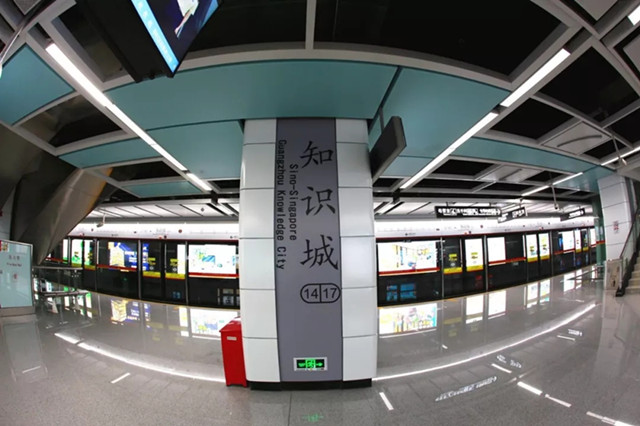 Covering an area of about 80 acres, Fenghuang Lake is an artificial lake located inside the Sino-Singapore Guangzhou Knowledge City. It is one of the many newly built wetland parks in Guangzhou; enabling better flood control and water storage, maintaining ecological balance, and providing sightseeing and relaxation opportunities.