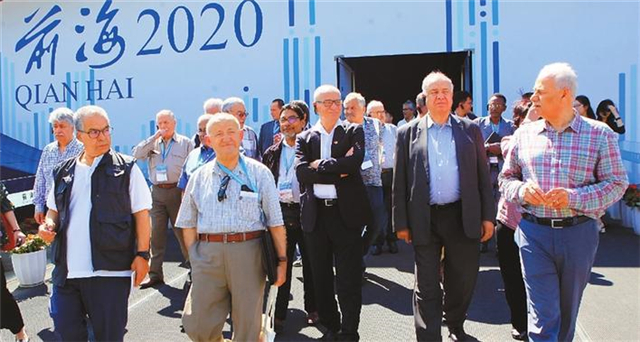 Under the theme of reform, innovation and party building, a forum chaired by the International Department of the Central Committee of the CPC saw more than 80 representatives of roughly 60 political parties from over 30 CELAC (Community of Latin American and Caribbean States) countries meet in Shenzhen yesterday, sharing insights into development, reform and challenges.

“At this time the Second China-CELAC Political Parties Forum convenes under the theme of reform, innovation and party building in the city of Shenzhen, offering the parties an opportunity to explore the ways of reform and opening up in a new era and accordingly having great significance to party building and countries’ development.”

Song said China is willing to enhance strategic dialogue, deepen communication and cooperation, reinforce mutual trust, and share its experience of reform and opening up with CELAC nations.

“China’s economic achievements are made because we firmly take the road of socialism with Chinese characteristics, insist on the development thought centered on the people, give full play to the core role of the Party’s leadership and unswervingly take the path of peaceful development,” Song said.

Guangdong, the vanguard of China’s reform and opening up, hopes to bring its cooperation with CELAC countries to a new level through the forum, Fu Hua, head of the Publicity Department of the Guangdong Provincial Committee of the CPC, told the forum.

“With the thriving of partnerships between China and CELAC countries in recent years, Guangdong’s trade and investment with CELAC nations has been flourishing,” Fu said.

Last year, Guangdong’s exports and imports with CELAC countries reached US$37.8 billion, representing a 12-percent growth from a year ago, according to Fu. Guangdong has also established a China-CELAC industrial park in Zhuhai, and held China-CELAC expos. Nine CELAC countries have set up consulates general in Guangzhou, he said.

“The forum held in Shenzhen will surely bring new opportunities and serve as a new platform for cooperation between Guangdong and CELAC countries,” he said.

Guangdong’s GDP, accounting for 11 percent of China’s total, has ranked the country’s No. 1 among provinces and regions for 29 consecutive years, while Shenzhen’s PCT (Patent Cooperation Treaty) applications exceeded 20,000 last year, making up 40 percent of the country’s total.

“Guangdong will continue to implement the requirements and deployment of the Party, actively participate in the Belt & Road Initiative, reinforce the communication with CELAC parties, and make its contribution to sustainable development of China-CELAC partnerships,” he said.

Melvin Bouva, member of the National Assembly of the Republic of Suriname, said the CELAC parties have strong and long-standing relationship with the CPC and he believes this forum will bring each other “refreshing” new ideas and enhance communication.