Guangzhou is aiming to make the most of the chance to cooperate with more international and domestic airlines during the 2018 World Route Development Conference (known in the industry as the “aviation Olympics”) which will be held in Guangzhou from September 15th to 18th.

Baiyun International Airport’s route network covers 220 destinations worldwide with more than 300 routes, 157 of which are international. The airport served 65.84 million passengers last year, ranking 13th in the world. The number of international passengers also grew in 2017, accounting for 24% of the total. 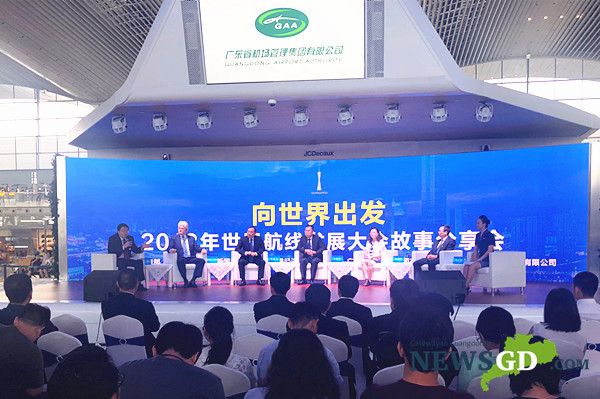 Sun Xiuqing, chairman of Guangzhou Aerotropolis Development District, made the following remarks during the press conference held in the newly built Terminal 2 of Baiyun airport on June 26th.

“We are facilitating the district’s policies and services to attract related enterprises,” said Sun, “11,728 enterprises have located their business in the Guangzhou airport economic zone. They are in five major fields including aircraft maintenance, logistics, airline headquarters, cross-border e-commerce and aircraft leasing.”

Executive officers from the aviation industry, such as the Guangdong Airport Authority, Baiyun Airport and Guangzhou Aircraft Maintenance Engineering Co.,Ltd. (GAMECO), also attended the press conference and gave insights into the way in which they are contributing to Guangzhou’s development.

Qiu Jiacheng, Party Chief and Chairman of Baiyun International Airport, said Baiyun airport runs a sophisticated network connecting Southeast Asia, Oceania and Africa, and will strive to add more routes to Europe and America. “We plan to launch 30 new routes over the next three years and directly link Guangzhou with overseas cities as Madrid, Chicago and Boston.” 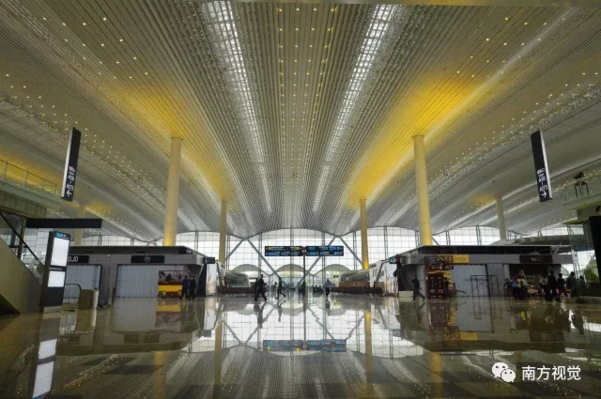 “I’m from Germany. From the start my friends were always amazed by the Baiyun airport and its standard of service when they visited me,” said Norbert Marx, General Manager of GAMECO, “and this development should be attributed to cooperation between Baiyun airport, customs, airlines companies and aviation companies like GAMECO.”

According to Marx, GAMECO is building a component repair center and a multi-functional material repair center in order to attract more international partners. Meanwhile, the company is hiring more professionals, and has adopted big data and 3D printing technology to improve capacity and efficiency.

In line with China’s development of the Guangdong-Hong Kong-Macao Bay Area, Zhang Kejian, Chairman of the Guangdong Airport Authority, revealed that the airports in the Bay Area are cooperating more closely than ever, and have set up an annual joint meeting to share ideas on topical issues, such as security management, service quality and transportation network construction.