RCEP takes effect! How will it benefit us?

A report indicates the RCEP member states are highly dynamic and play significant roles in the global economy as they have a population of 2.3 billion and a GDP as large as that of the United States or Europe.

Editor’s note: the Regional Comprehensive Economic Partnership agreement (RCEP) comes into effect on January 1, 2022. How will the RCEP benefit the trade partnership in the region? How are companies planning to seize this opportunity? More insight could be found in “Hello! RCEP” presented by GDToday.

The RCEP enters into force today on January 1, 2022, 60 days after the minimum number of Instruments of Ratification/Acceptance was achieved from six ASEAN acountries including Brunei, Cambodia, Laos, Singapore, Thailand, and Vietnam, as well as four non-ASEAN signatory states of China, Japan, Australia and New Zealand.

A report of the Peterson Institute for International Economics indicates the RCEP member states are highly dynamic and play significant roles in the global economy as they have a population of 2.3 billion and a GDP as large as that of the United States or Europe. It is expected to increase the net exports of member countries by 519 billion USD and their net national income by 186 billion USD.

Secretary-General of ASEAN Dato Lim Jock Hoi stressed that the expeditious ratification by signatory States reflected their strong commitment to a fair and open multilateral trading system for the benefit of the people in the region and the world at large, according to the official website of ASEAN. He believes the implementation of RCEP will fuel post-COVID-19 economic recovery.

“The regional market is extremely potential, and RCEP will bring a vital chance to further the economic partnership,” said Yu Hong, Ambassador of China to Brunei, and she took China-Brunei trade relation as an example, “the bilateral trade volume increased 72.5 percent in 2020 even under the pandemic while the number hit record high 2.37 billion USD from January to October in 2021. This cooperation has been extended into such areas as energy, petrochemical, infrastructure, financial services, e-commerce, fisheries, tourism and smart healthcare.”

Apart from the focus on trade in goods, services, and investment, RCEP expands the scope of regional economic integration to include horizontal provisions on e-commerce, government procurement, intellectual property, competition, assistance to SMEs, as well as additional cooperation on the economic and technological fronts.

Yu Hong elaborated 97.3 percent of enterprises in Brunei are small companies with less than 99 employees. “The RCEP agreement has a chapter on SMEs to improve market access for SMEs and encourage them to adopt new technologies. It will facilitate small businesses to recover from the pandemic and contribute to their cooperation with Chinese partners.”

Upon its entry into force, more than 90 percent of the tariffs on trade in goods will be eventually eliminated within 20 years. The RCEP is also designed to go beyond the commitments under the WTO Trade Facilitation Agreement, in terms of further simplifying customs procedures, expediting customs clearance of goods, and ensuring that member countries have national legislation allowing importers to apply for advance rulings from the national customs authorities. 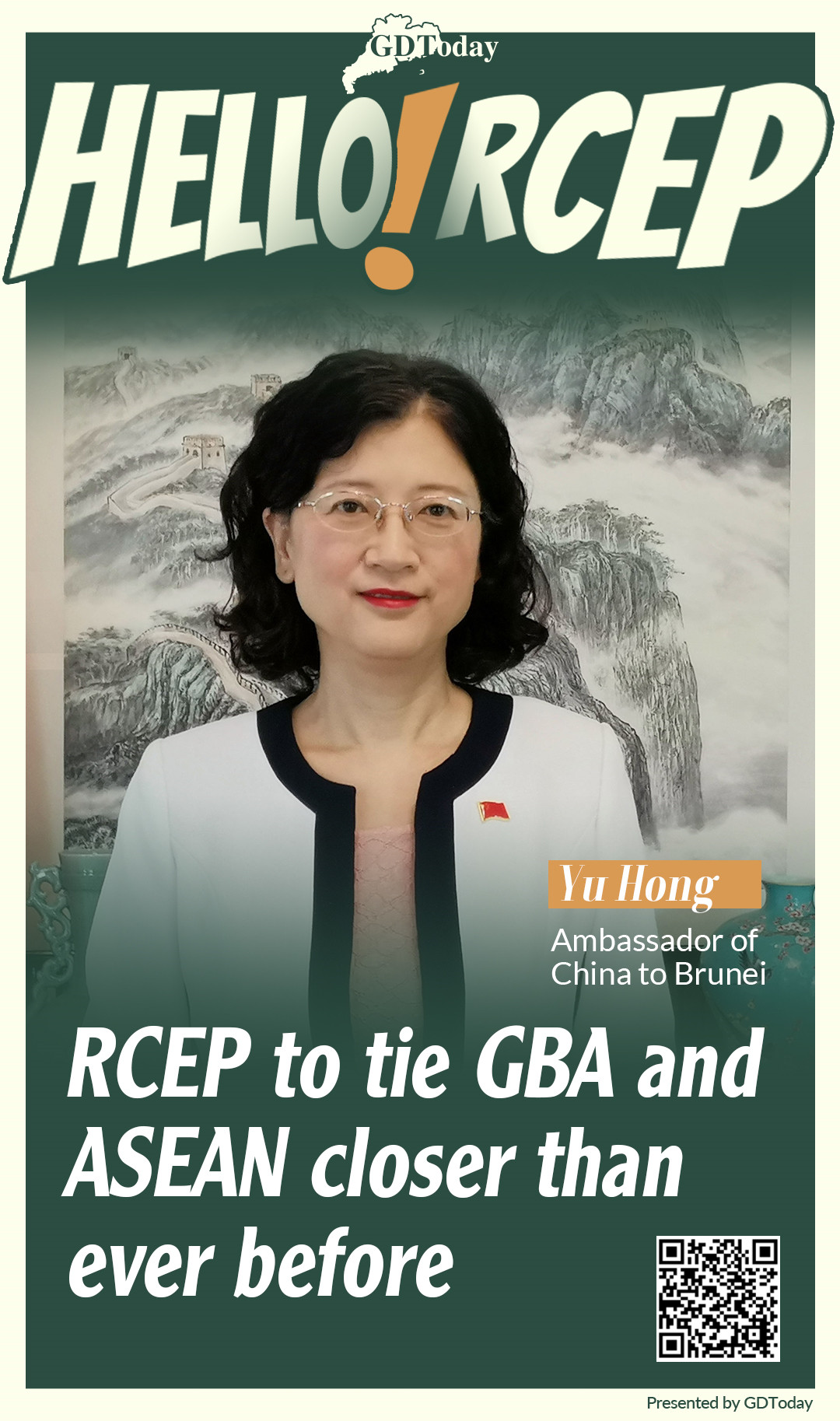 The Cumulative Rules of Origin is another main feature of RCEP, which will allow manufacturers the choice of sourcing inputs from the most efficient and cost-effective source within the region.

“As many Japanese companies have factories in China and Southeast Asia, the RCEP will enable them to manufacture products much more easily in this region,” Tetsuya Matsuoka, Secretary General of Japanese Chamber of Commerce and Industry in China, explained. “For example, they import parts from Japan, Vietnam, and Malaysia to China and assemble products here. Then, they sell in the Chinese market or export to the Australian market. The RCEP will help them lower prices and make cross-border trade convenient.” 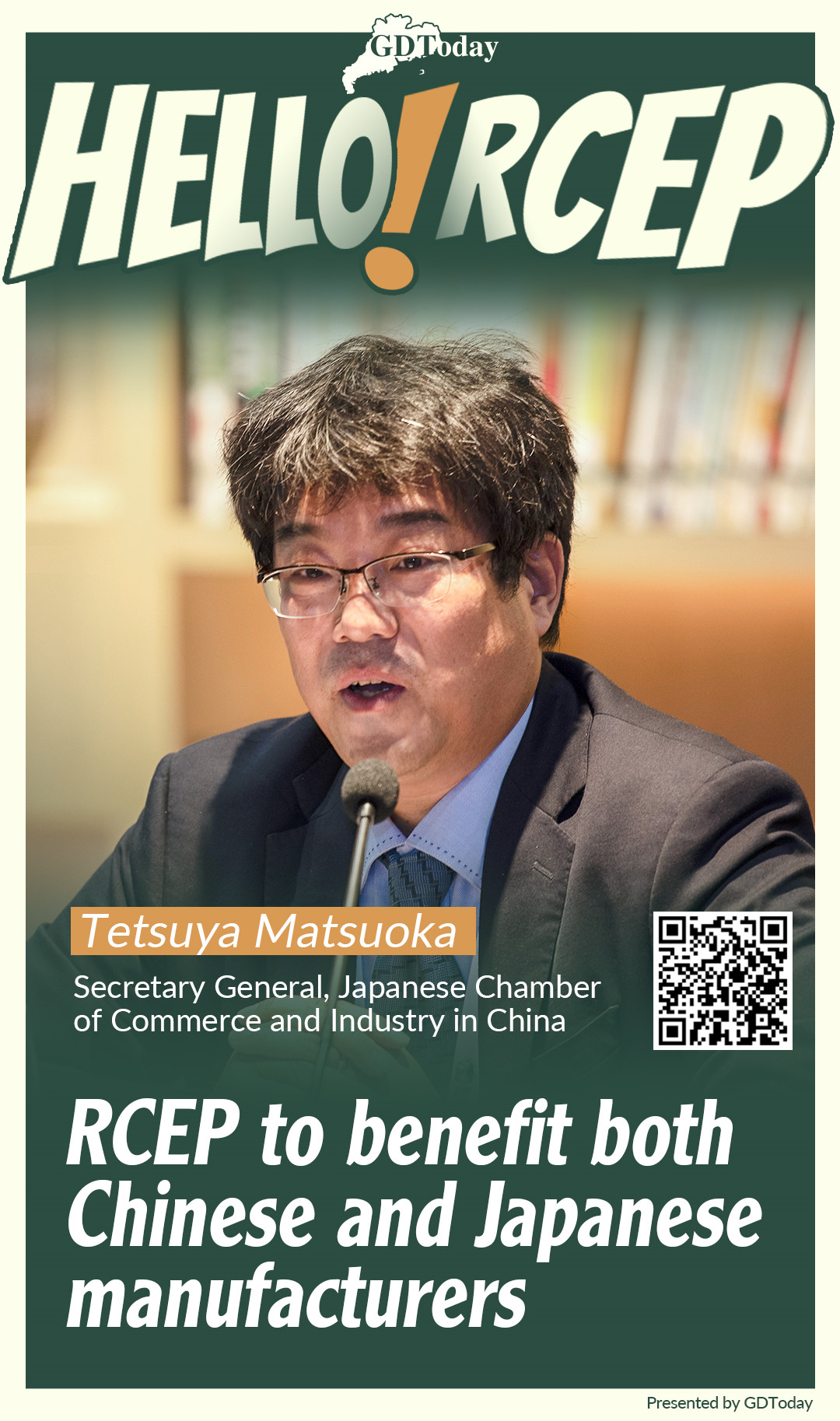 RCEP is the first FTA to connect China and Japan on the one hand, and Japan and South Korea on the other, laying the foundation for deeper cooperation among the three countries in the future.

Ueda Toshihiro, Chief Representative of AGC Group for China, considers China’s participation in RCEP to be a signal that the country will continue opening-up.

He believes RCEP will be great for private companies to do business if it could lower tax and make it easier for people and commodities to move between member countries.

Based on the Agreement, the customs clearance time will be shortened to 48 hours for most commodities, and 6 hours for fast deliveries and perishable commodities. 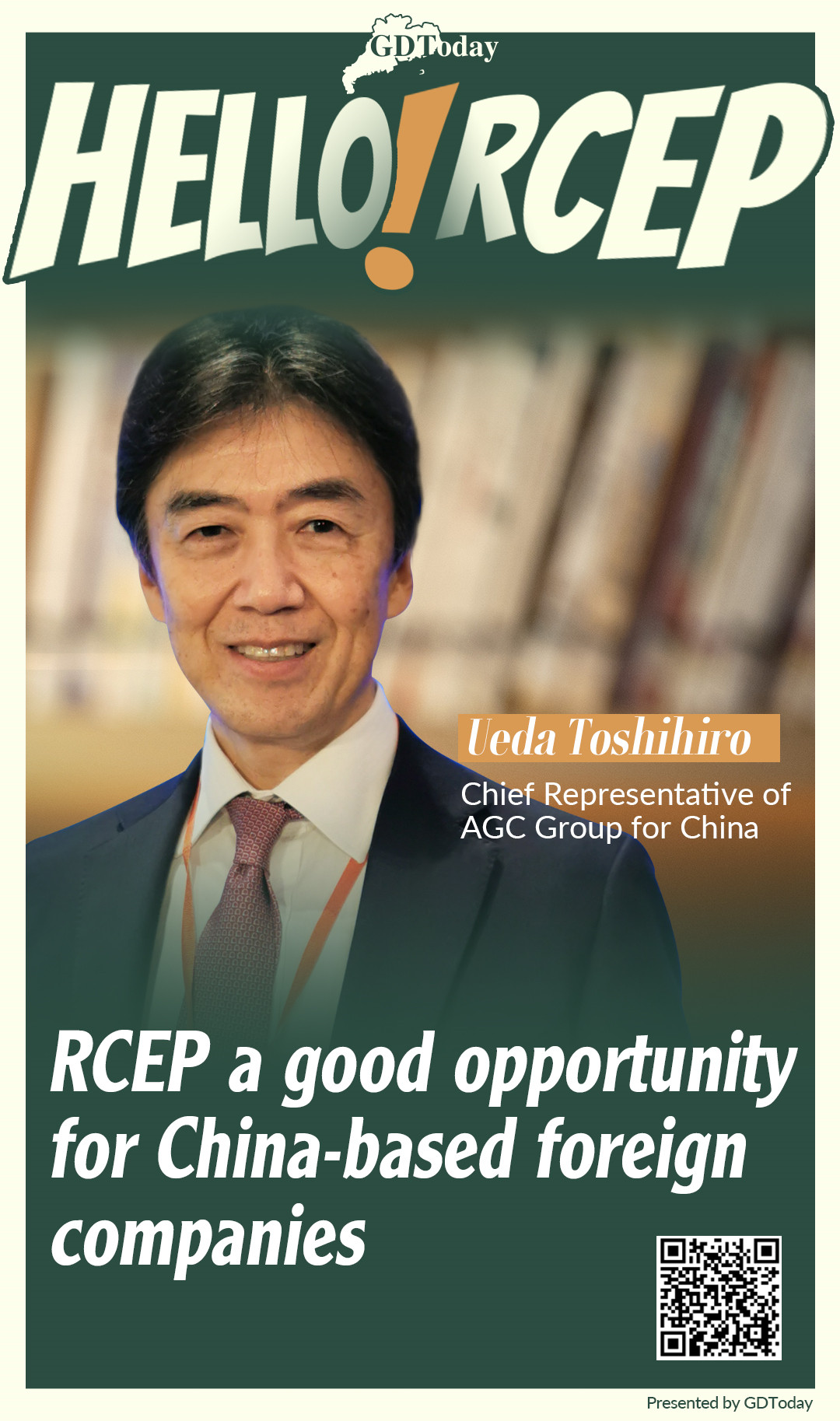 Nicy Bai, Director of International Cultural Communication Center, Malaysia, setting her sights on the Guangdong-Hong Kong-Macao Greater Bay Area, noted that the region, in geographical proximity to the ASEAN states, will be a better platform for international cooperation through the RCEP.