"On November 21, Guangzhou reported 8,210 new local COVID-19 infections, of which 40 were detected outside the controlled area. The remaining infections were detected during quarantine, in high-risk areas, or among key people under closed-loop management," said Zhang Yi, deputy head of the Guangzhou Municipal Health Commission, at the press conference on Guangzhou's fight against COVID-19 today (November 22). Among the new cases, 253 were confirmed cases, and 7,957 were asymptomatic cases.

Haizhu District reported 7,832 local COVID-19 infections in the high-risk areas of Fengyang, Nanzhou, and Huazhou subdistricts. The epidemic is complex and severe due to the concentrated incidence and multi-point distribution of new infections in key areas.

Baiyun District presents the characteristics of multi-point emission and multi-chain interweaving. The cluster of cases in Caozhuang village of Taihe Town is stabilizing. Abnormal results were found from multiple nucleic acid tests on November 21. The source of infection in some cases is unknown.

Zengcheng District sees an increasing infection trend outside the controlled area with the risk of social transmission. Liwan, Panyu, and Tianhe Districts are stable. Some new infections have cross-district activities, indicating a high risk of community transmission.

Haizhu District set up and adjusted the risk areas while conducting and dissolving temporary control in some areas in Chigang, Changgang, Jianghai, Fengyang, Ruibao and Guanzhou Subdistricts. 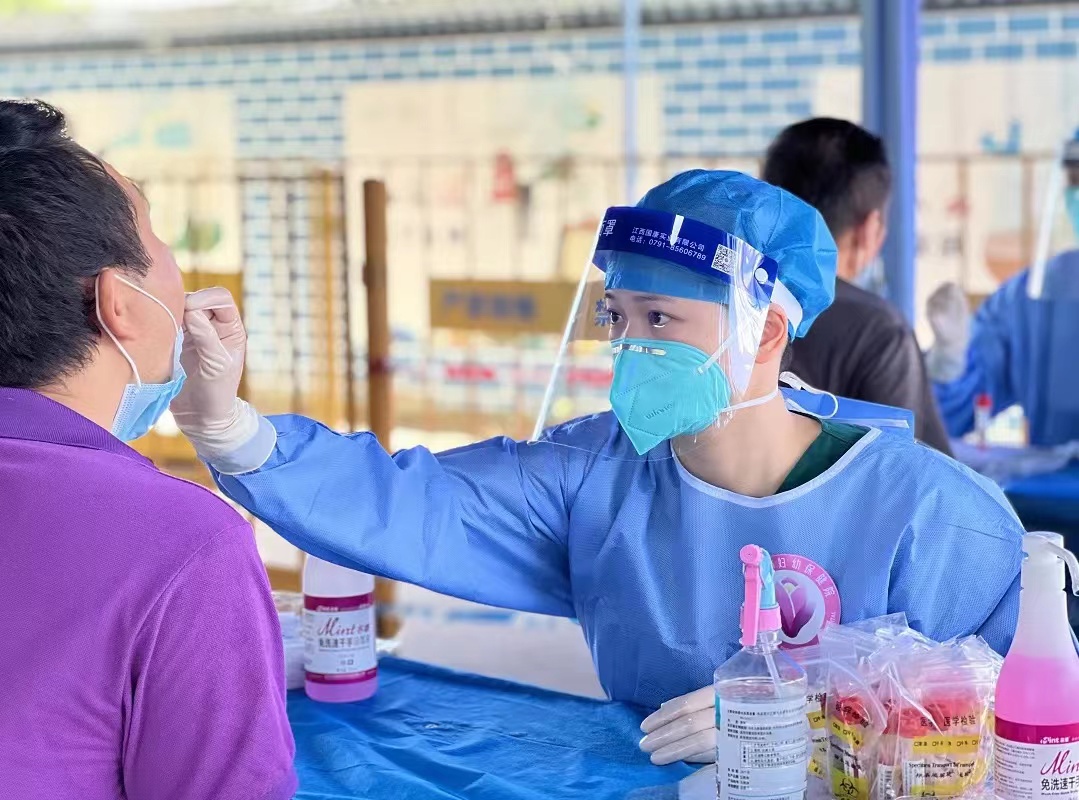 On November 21, Shenzhen added 16 confirmed cases and 14 asymptomatic cases, of which 21 cases were arriving from other cities and provincial regions or related to the cases reported in other places. Among the cases, 13 were detected during centralized quarantine, 1 during domestic quarantine, 2 among the key population under closed-loop management, 1 in the screening of high-risk areas, 3 in the detection of close contacts, 4 in a key population under non-closed-loop management, 5 in the community screening, and 1 was diagnosed when the individual sought medical treatment.

On November 21, Zhuhai reported 2 new confirmed cases and 3 asymptomatic cases. In the cases, 2 were detected in the key population under non-closed management and 3 during the centralized quarantine. The cases have been all transferred to the designated hospital for treatment.

On November 21, Shantou reported 1 confirmed case (mild type) and 5 asymptomatic cases. 2 cases were found during the centralized quarantine, 1 in the screening of close contacts, 1 in the landing nucleic acid detection, and 2 were detected at the community level. The cases have been all transferred to the designated hospital for treatment and their situation was stable.

On November 21, Foshan reported 2 confirmed cases and 190 asymptomatic infections, of which 182 were detected among residents under quarantine, 4 in the coordinated screening, 5 in the self-test, and 1 was diagnosed when the individual sought medical treatment.

On November 21, Zhongshan added 4 confirmed cases and 5 asymptomatic cases. Among the cases, 1 was detected in the key population under non-closed loop management, 2 in the coordinated screening, 1 in the detection of close contacts, 1 in high-risk areas, 1 in self-test, 1 in the screening at the community level, and 2 during centralized quarantine. All cases have been transferred to a designated hospital for treatment.

On November 21, Zhanjiang reported 35 newly confirmed cases and 12 asymptomatic cases. 47 infections have been sent to a designated hospital in a closed loop for treatment.

On November 21, Zhaoqing added 24 new locally transmitted cases (mild type) and 11 asymptomatic cases. In the cases, 8 were detected among close contacts, 9 in high-risk areas, and 18 during centralized quarantine. All cases have been transferred to a designated hospital for treatment.

On November 21, Jieyang reported 2 asymptomatic cases in close contact, and the cases have been transferred to a designated hospital for treatment now.