An event to encourage Guangdong enterprises to ‘go global’ and invest in overseas markets was held in Guangzhou’s Nansha on August 1.

An event to encourage Guangdong enterprises to ‘go global’ and invest in overseas markets was held in Guangzhou’s Nansha on August 1, which is in line with China’s recent plan to develop Nansha into a strategic platform for global cooperation. 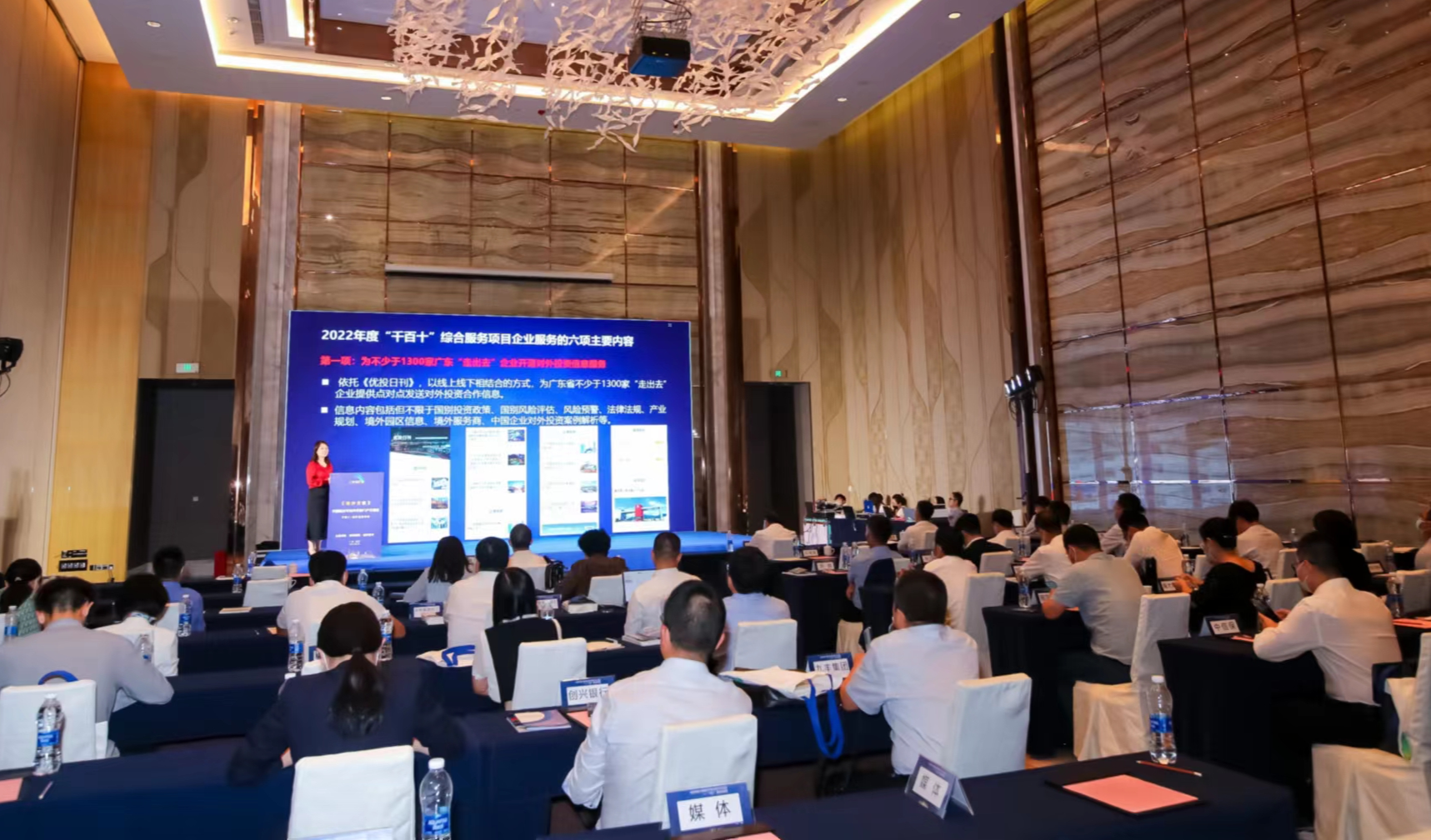 The event was organized by Guangdong Commerce Department, Guangzhou Commerce Bureau and Nansha Commerce Bureau, during which they vowed to provide 1000 enterprises with information services for ‘going global’. Moreover, the commerce departments will organize 10 events to promote investments into foreign markets.

Li Qiang, Executive Director of China Railway Tunnel Group International Engineering, explained that the company has invested in more than 20 projects in 10 countries and the investment scale is still increasing. He indicated that public services in Nansha are attractive to high-level talent, which is beneficial to the development of their enterprise.

Cao Zhicong, Inspector of Guangzhou Commerce Bureau, said Nansha’s total volume of investment abroad ranks 2nd among the districts of Guangzhou in 2022 H1. He also highlighted a wide range of investment projects in the fields of cross-border e-commerce, shipping and logistics.

According to Nansha government, the district’s total volume of foreign trade reached 116.33 billion RMB in the first half of 2022, among which the import volume increased 9.4 percent to 56.77 billion RMB. The actual use of foreign investment hit 1.723 billion USD with a year-on-year increase of 179.24 percent. As of July 1, 131 Nansha enterprises have invested in 32 countries and regions with total investments of 7.452 billion USD.

In addition, lectures on overseas investment risk management and cross-border trade and finance policies were delivered at the event.