"My first visit to China was in 1995. My last one was just before the beginning of the COVID in November 2019. I see unbelievable transformation." Israeli Entrepreneur and Investor Dr. Yossi Vardi gave a high compliment to the development in China in an interview with GDToday during the Bridges Global Chats held earlier in December.

Dr. Vardi has visited Guangzhou many times. When talking about the technology development in GBA, he believes the underlying engine is the culture and the will of young people to go and change and succeed.

He recalled his experience when chairing the Guangzhou International Innovation Festival, during which he was impressed by the students' sophisticated work, saying, "People here are engaged, hardworking, eager to win, learn, and do deals."

In terms of GBA's manufacturing, Dr. Vardi thinks that the GBA is playing a leading role in regional development and its huge manufacturing power can be seen.

He also pointed out that many emerging industries have boosted the GBA, in which he emphasized life science, water tech, and electric cars." We see the development of life science in Guangzhou, which is very important." he said, "It's still not a gigantic industry, but it is growing fast."

He mentioned an Israeli startup, which developed a medical technology called deep brain stimulation. The company created a branch in Guangzhou 4 or 5 years ago. Small though the company with 100 to 150 personnel, it can still find a way to collaborate with Guangzhou, which was praised by Dr. Vardi. 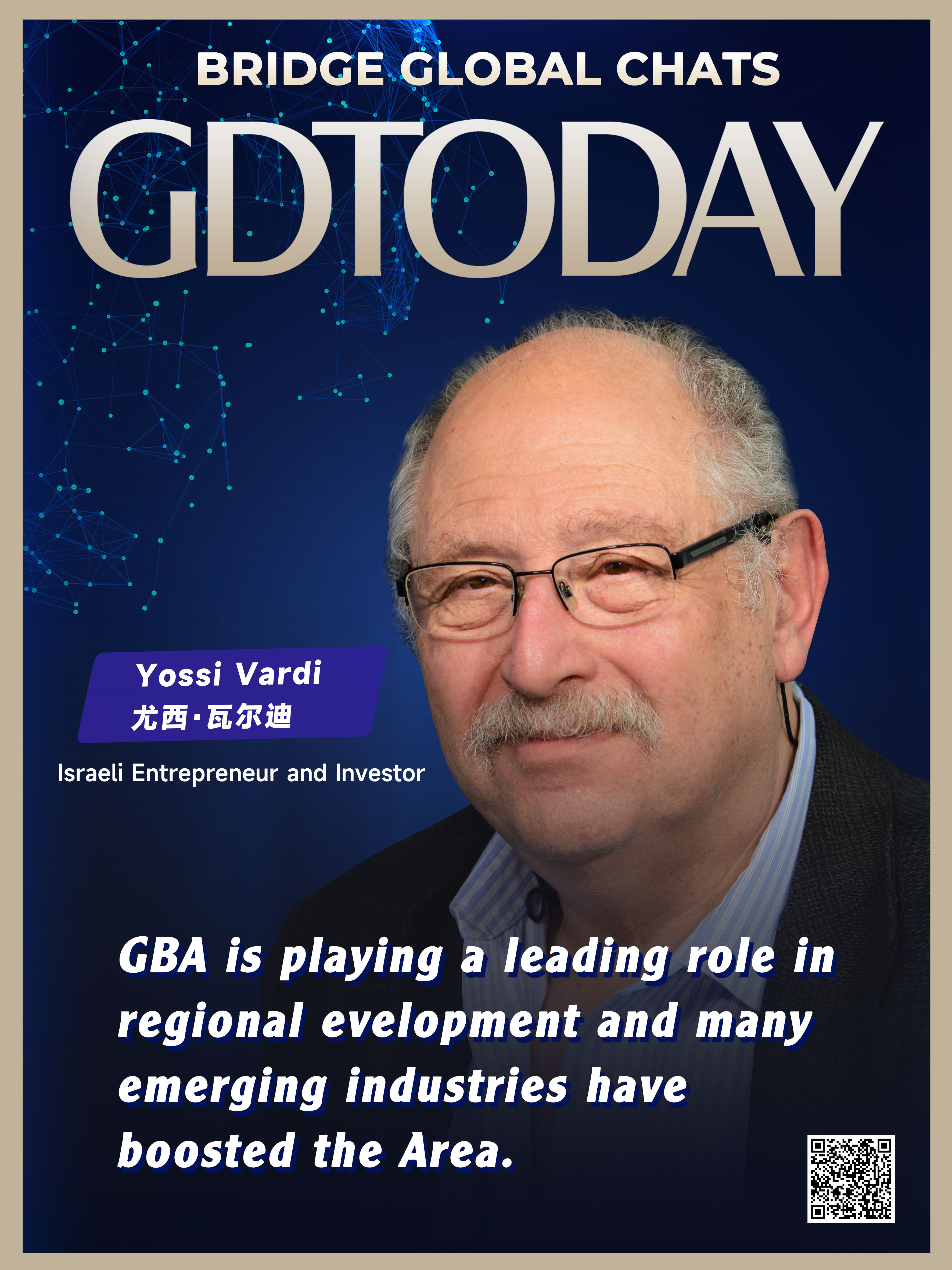 Speaking of water tech, Dr. Vardi sees a whole spectrum of industries with a series of technology, which bring gigantic opportunities. "I see the 21st century as the century of water," he said. He also talked about the rapid growth of electric cars. Dr. Vardi also spoke highly of China's smart strategy in moving into securing raw materials, which was earlier than the rest of the world.

When elaborating on the future of GBA, Dr. Vardi believed that more international collaboration will be required for economic growth. "We are now in a world where everybody depends on everybody."

He mentioned that one of the reasons that the GBA developed was the accessibility of people to the Area, mainly through the hub of Hong Kong. "We also know that Guangzhou airport is very important and Guangzhou's fairs are attractive to the international audience."

"Growth depends on collaboration with the rest of the world because China will need inputs and we also need the market for exports," he said. Dr. Vardi believed that integrating the region into the world will be very important both for China and the world.