“In Silicon Valley, you’re on your own. But, in Hengqin, the local government is literally there from the very beginning, such as office renting and company registration,” said Ho Kuok Tou, Macao-born Founder & CEO of Pachira Era (Zhuhai Hengqin) Information Technology Co., Ltd., when sharing with GDToday about his story in Hengqin.

Specializing in computer science, Ho founded Pachira in Silicon Valley of America in 2009. One year later, he came back to China and set up an operation center in Beijing. In 2018 when he first came to Hengqin, his team won a local sci-tech entrepreneurship competition. Next year Ho founded Pachira’s Hengqin branch.

According to the Hengqin Plan released last September, the zone will develop new industries to help promote Macao's economic diversification. Sci-tech research and development and high-end manufacturing will be developed.

Undoubtedly, it is good news for Ho. “I hope Pachira can do some cutting-edge projects in the Guangdong-Hong Kong-Macao Greater Bay Area (GBA). When we are ready, we can extend our practice nationwide or even worldwide,” Ho said ambitiously. 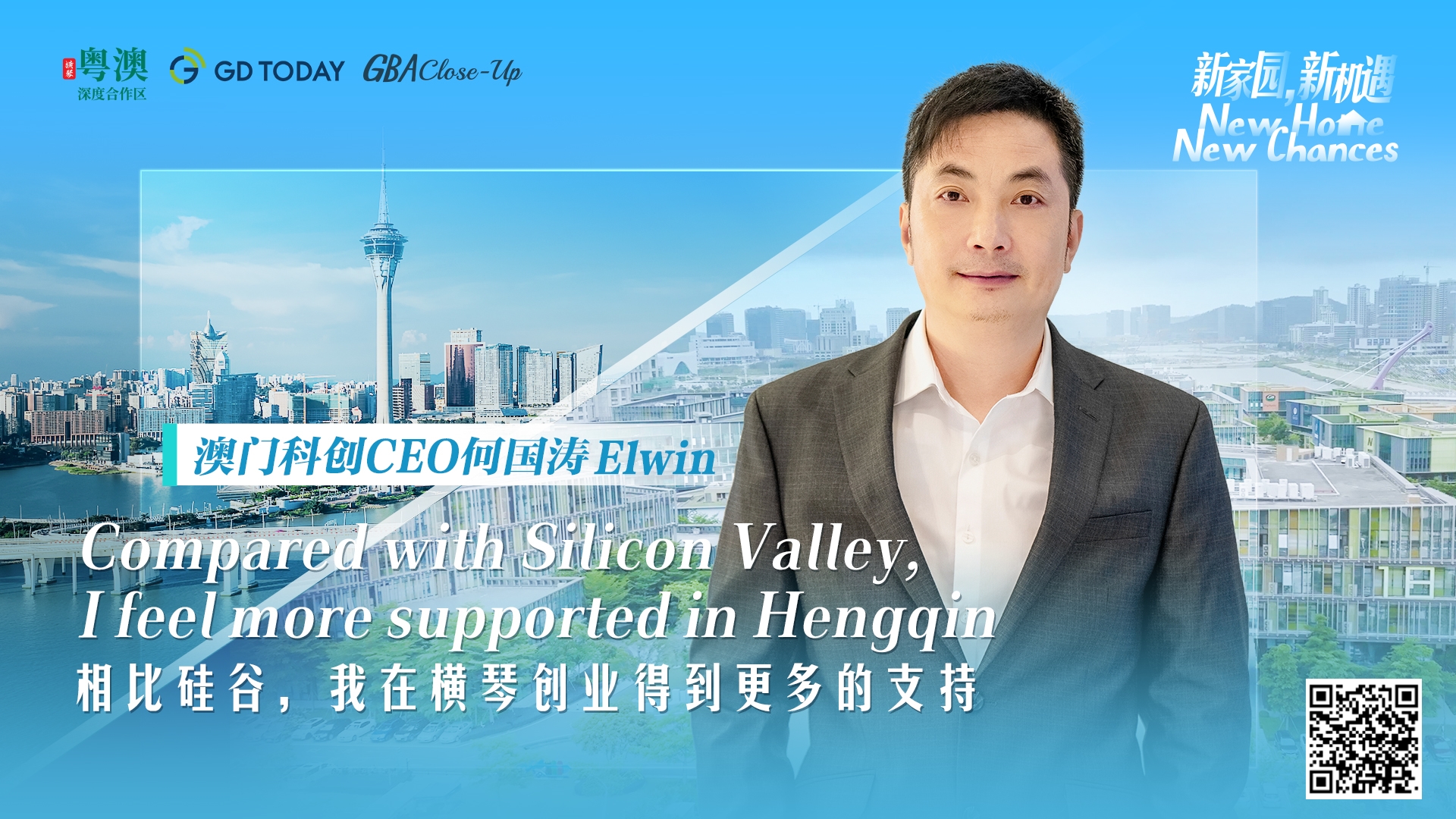 As a high-tech entrepreneur, Ho believes that technology should serve the people. With this mission at its core, Pachira brings its most advanced AI technology to Hengqin, helping the upgrading of some industries in the GBA and providing more convenient services to the public.

Currently, Pachira is undertaking projects like the public hotline, intelligent cities in Zhuhai as well as smart hotel and tourism for MGM Macao, Wynn Macao, and Macao Institute for Tourism Studies.

Pachira has also forged cooperation ties with global companies like Toyota, BMW, HSBC, Metlife, and Cigna. For instance, the Lexus cars of Toyota are using the speech recognition technology of Pachira and are now under mass production.

Ho stressed that there is greater space for development in Hengqin, especially in terms of IT. Focusing on comprehensive artificial intelligence and big data solutions, Pachira is capitalizing on  a good period with all the buildings, grid networks and other infrastructure already put in place.

“For high-tech companies like us, talent matters above all. The talented students from universities like Stanford University hold the key to the success of Silicon Valley,” said Ho. In Hengqin, Pachira mainly collaborates with UM and MUST, as well as higher institutes in Zhuhai.

Pachira has been working with some labs at the UM in the past two years. For instance, the project about the automatic reading system of car manuals is jointly undertaken by Pachira and the Natural Language Processing & Portuguese-Chinese Machine Translation Laboratory.

“Working with Professor Huang, now we can put car manuals automatically into our knowledge base and classify them with notes. When we ask questions in the car with our natural language, through our NLP (Natural Language Processing) technology, the answers can be located and converted from text to speech to tell the driver.”

Meanwhile, Pachira has been receiving intern students from universities in the GBA. “Pachira is a very good platform with great development space for newly graduates like us. That’s the reason why I chose to stay after my internship,” said Huang Jiahui, the marketing manager at Pachira who graduated from UM in 2020.

When talking about the future plan, Ho is full of confidence. Ho is most looking forward to implementing the first-tier and second-tier policies in the Hengqin Plan. In his view, Hengqin will become a bridge connecting the international market through Macao and the vast market in the mainland, allowing free flow of talent, projects, funds, and other elements.

"It's a good opportunity for us," Ho said confidently.