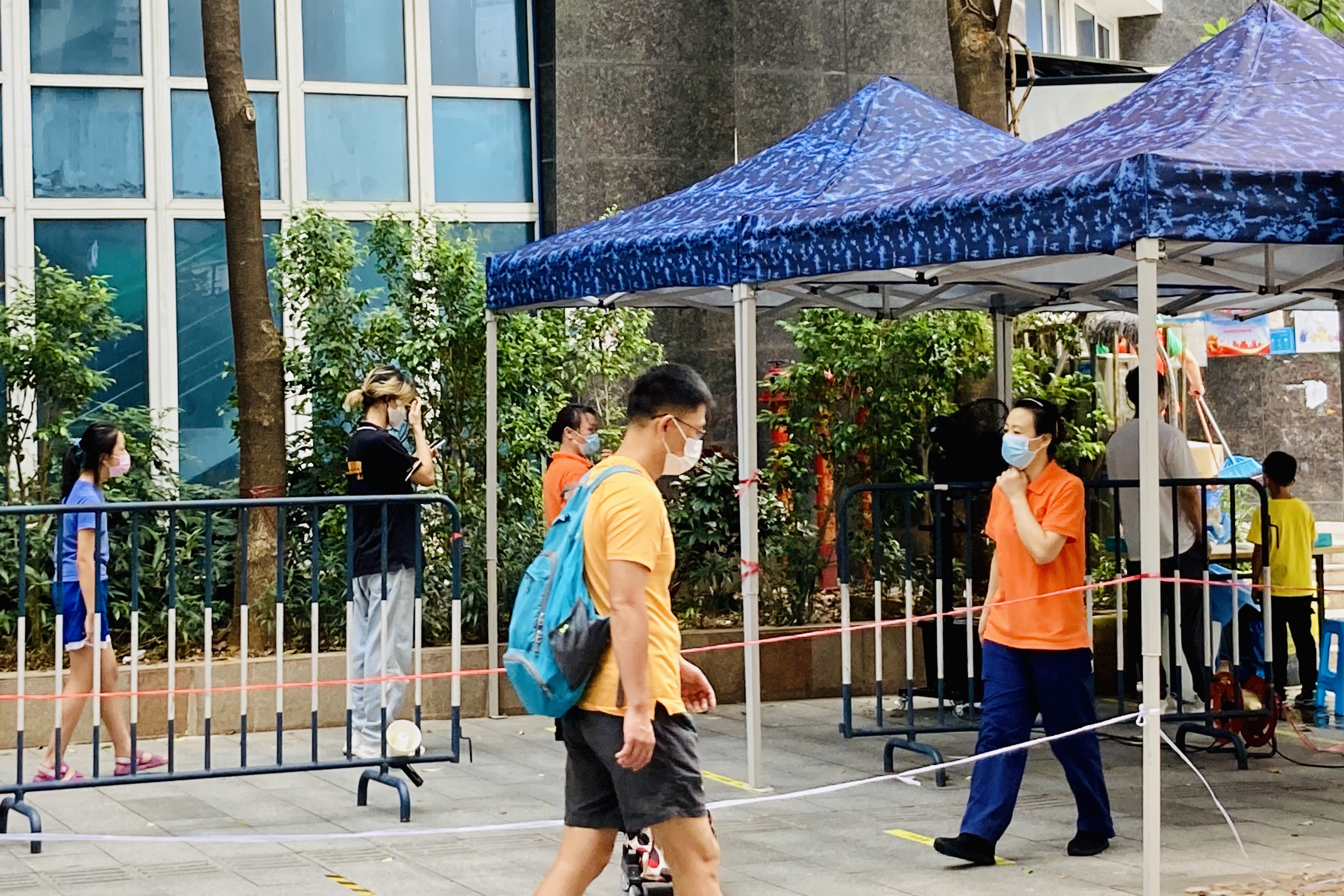 No.2 in Xiangxi North Street (向西北街2号),

Today (October 21), Guangzhou Women and Children's Medical Center announced that the fever clinic in Zhujiang New Town Hospital is suspended for 1 day (till 8:00 on October 22) due to epidemic control and prevention. Other medical services are provided as usual. Outpatients should show 48-hour negative nucleic acid test results when visiting the hospital.

On October 20, Shenzhen reported 14 new local COVID-19 positive cases, among which 9 were diagnosed as confirmed cases, and 5 were asymptomatic. Among the cases, 8 were detected during centralized quarantine, 5 among individuals under home quarantine, and 1 during the screening at the community level.

Tracks of the new cases involve Nanshan and Bao'an districts:

On October 20, Huazhong University of Science and Technology Union Hospital (Nanshan Hospital) issued a notice to suspend newly admitted inpatient services of obstetrics and neonatology. During this period, the obstetric outpatient service will be carried out as usual, and the rescue of emergency and critical patients will not be affected.

From 00:00 to 12:00 on October 20, Zhaoqing's Gaoyao District detected 1 confirmed case (mild type) among truck drivers arriving from another provincial-level region, detected in the cross-regional investigation.

The case is a 33-year-old male. On October 17, 2 people drove a truck from another provincial-level region to Zhaoqing. At around 19:09 on October 19, the case checked into the Kuayuelong Business Hotel in Xiangang Town, Gaoyao District (高要区蚬岗镇跨越龙商务酒店). And in the early morning of October 20, he has been transferred to a designated hospital for isolation and treatment under closed-loop management after being detected positive.

More about the new infection in Qingyuan

On October 19, Qingyuan's Yangshan County detected 1 case with a positive test result among the close contacts during centralized quarantine. The case is a 47-year-old female who lives in Lingbei Town of Yangshan County (阳山县岭背镇).

From 00:00 to 12:00 on October 20, Zhongshan detected 7 new asymptomatic cases during screening in quarantine hotels, and all were close contacts of the confirmed case reported on October 16. There were no new epidemic-related places connected to the above cases.

From 00:00 to 12:00 on October 20, Huilai County reported 3 new asymptomatic cases, which were detected among the close contacts during centralized quarantine and have been transferred to a designated hospital for isolation and treatment.

The second round of nucleic acid testing has carried out in Huilai County on October 21.

On October 20, Huicheng District announced that the whole district got back to regular epidemic prevention and control.

On October 19, Huicheng District conducted mass nucleic acid tests, and the test results are all negative.

In addition, students of kindergartens, and primary and secondary schools in Huicheng District will return to school in different waves from October 23 (Sunday) to October 24 (Monday).

According to a notice issued by Zhongkai Hi-tech Industrial Development Zone, the risk level of Huinan Science Park has been adjusted. After adjustment, Huinan Science Park will no longer have medium or high-risk areas and implement regular epidemic prevention and control measures.