Online concerts for your nighttime leisure

Wanna feel the charm of music at home? Now there are some online concerts recommended for you!

Wanna feel the charm of music at home? Now there are some online concerts recommended for you!

"The Third International Music Festival of Guangdong-Hong Kong-Macao Greater Bay Area", a session of the Second Guangdong-Hong Kong-Macao Greater Bay Area Culture and Art Festival, will kick off its online shows on September 10, coinciding with the Mid-Autumn Festival. Nine performances of Guangdong, Hong Kong, and Macao will be presented, offering a choice for nighttime leisure.

The first concert is in celebration of the 25th anniversary of Hong Kong's return to the motherland, which will be performed by the symphony orchestras from Guangdong, Hong Kong, and Macao. Audiences will be treated to repertoires with the characteristics of the Guangdong-Hong Kong-Macao Greater Bay Area (GBA) like "Sidewalk snack booth", as well as other classics including the Yellow River Piano Concerto and Beethoven's Fantasia in C minor, Op.80. 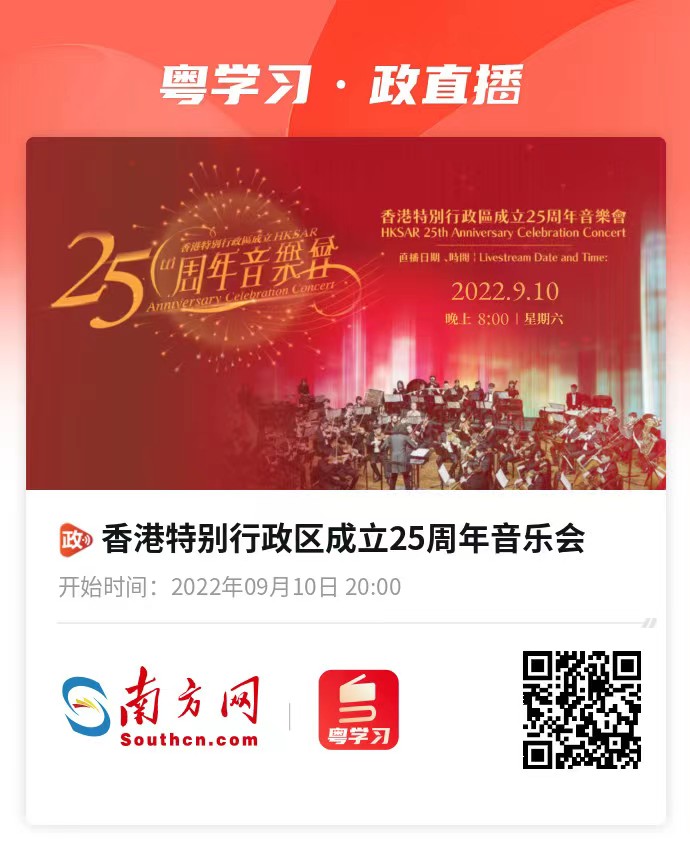 Scan the QR code to enjoy the concert

At the "China 1921" symphony orchestra concert on September 11, audiences can enjoy "China 1921" Symphonic Fantasia for Orchestra, a large-scale symphonic work commissioned by the Guangzhou Symphony Orchestra (GSO) and created by composer Li Haiying. 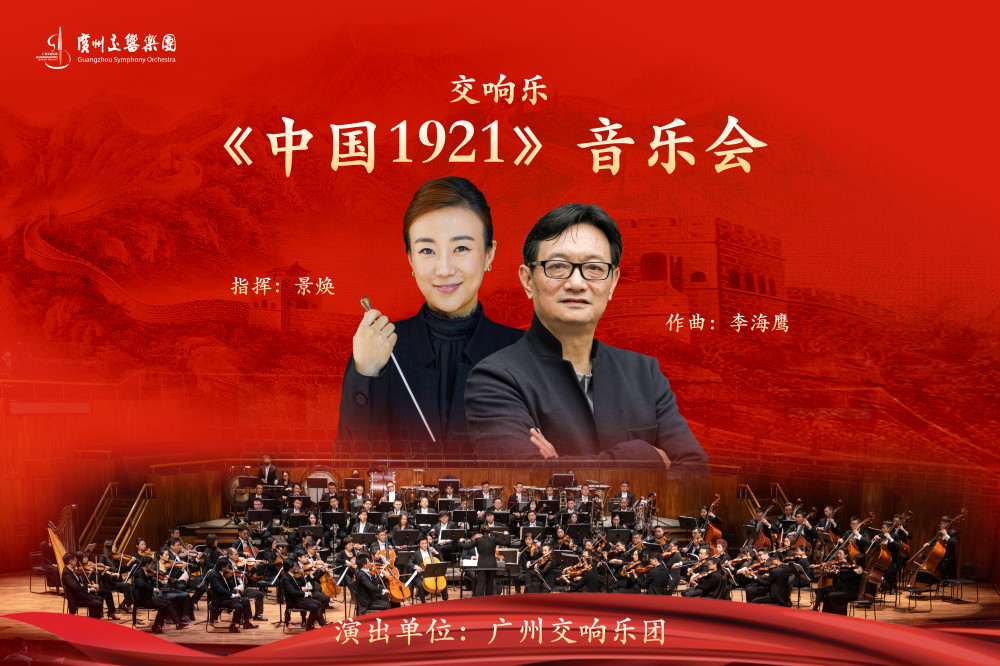 Moreover, students from Macao Polytechnic University will present 16 programs during an online concert on September 13.

In addition, there are still more shows next week, such as concerto performances by the Hong Kong Academy For Performing Arts (HKAPA), a Chinese Folk Music Concert by Guangdong National Orchestra, and a special concert of Liang Lei's works. Don't miss out! 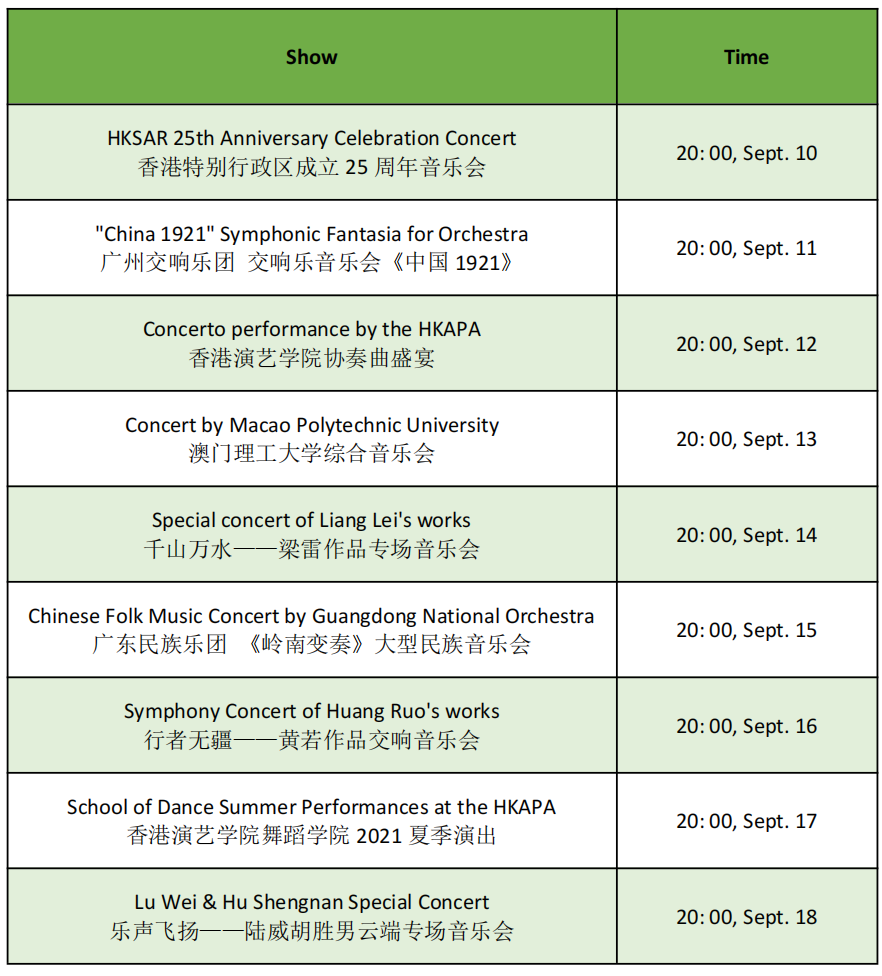