Aaron Ciechanover, Nobel Laureate in Chemistry, was invited to give a speech with the theme of “Destruction of cellular proteins - from remote curiosity to the center stage of the pharma industry and medicine” and answer questions from the young scientists and students in the China-Singapore Guangzhou Knowledge City (CSGKC) on September 16. 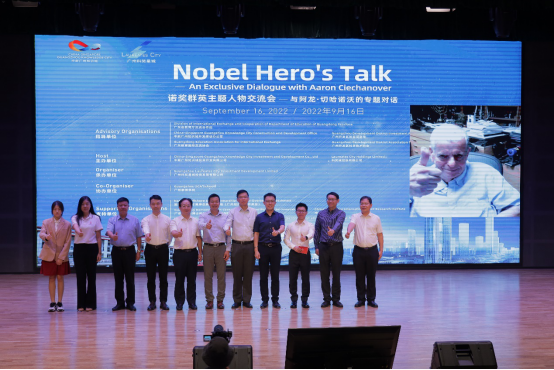 Aaron Ciechanover, Nobel Laureate in Chemistry, was invited to give a speech with the theme of “Destruction of cellular proteins - from remote curiosity to the center stage of the pharma industry and medicine” and have a dialogue sesson with the young scientists and students in the China-Singapore Guangzhou Knowledge City (CSGKC) on September 16. 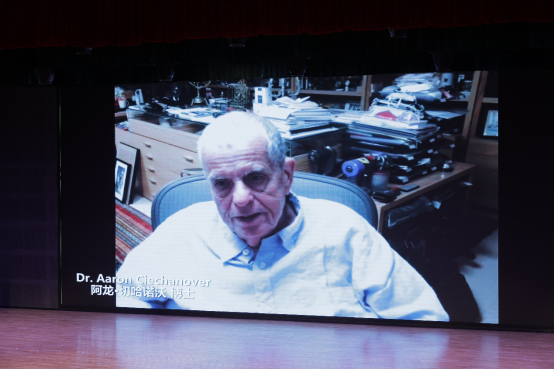 Aaron Ciechanover won the Nobel Prize in 2004 for the discovery of ubiquitin-mediated protein degradation. He introduced his research outcome and application, shared the stories behind winning the Nobel Prize and encouraged the audiences to achieve the value of their life. He said that he has been keeping a close eye on the development of China and Singapore, and established partnership with the science sector of both countries.

“CSGKC is no stranger to me. I hope I could visit the project in person soon in the future and have more conversations with the people there,” he said. 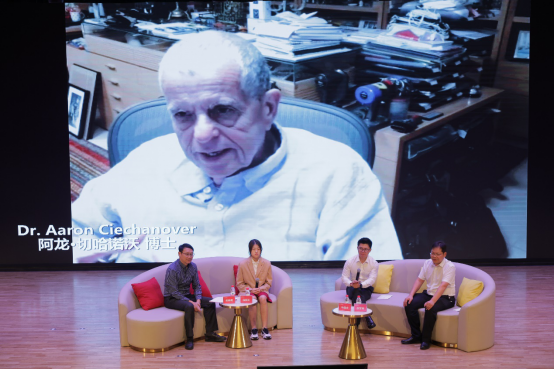 The event also included a dialogue session which invited Aaron Ciechanover to communicate and answer the questions from three guests, Zhao Junfeng, professor of Guangzhou Medical University, Peng Xiaoming, CEO of Lion TCR (Guangzhou) and Weng Suiyu, Student of Guangzhou SCA School. Ciechanover shared his thoughts on the topics including how to combat Covid-19 pandemic, how to deal with the failures in scientific researches and how to win a Nobel Prize.

The GKC Nobel Hero‘s Talk is one of the events set up by China-Singapore Guangzhou Knowledge City Investment and Development Co., Ltd. and Laureates City Holdings Limited. It aims to invite renowned Nobel Laureates to the Knowledge City to hold face-to-face dialogue sessions with the industries and community, widen the perspectives and exposure of the participants, and to encourage more science and technological innovation and cooperation. 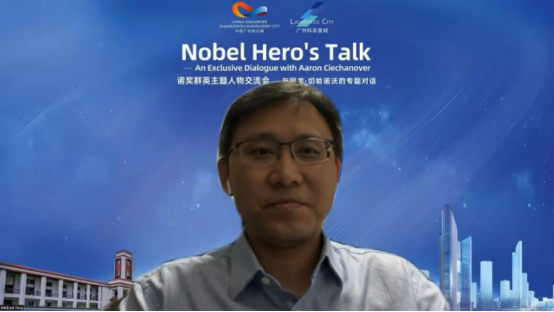 Michael Ong, Board Chairman of Guangzhou Laureates City Investment Development Limite, said they hope present science and technology in the simplest of form to motivate and encourage young aspiring scientists in China. 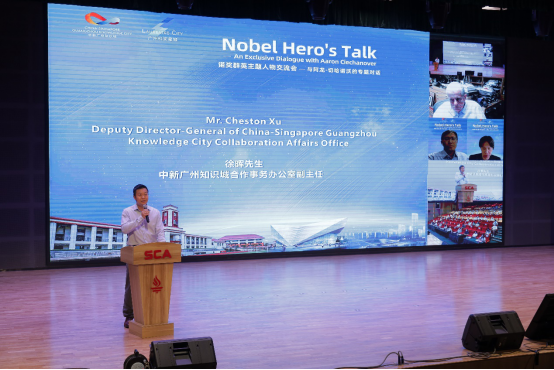 “The idea of holding a regular Nobel Hero’s Talk is to provide a special and unique opportunity for CSGKC local community to interact with world class science elites. This event shall play a crucial role in gathering world-class science and technology experts and resources at CSGKC, to discuss cutting-edge scientific topics and promoting science and technology cooperation and development, to develop CSGKC into a unique Innovation Hub of world laureates at GBA,” said Xu. 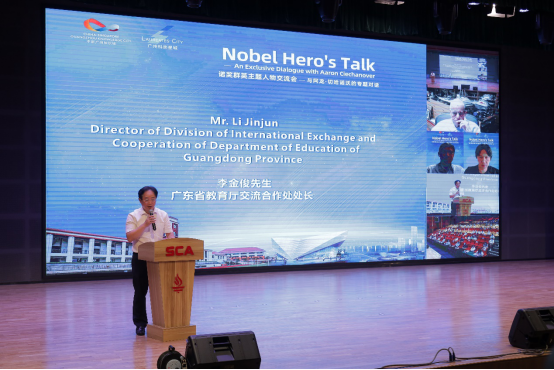 Li Jinjun, Director of Division of International Exchange and Cooperation of the Department of Education of Guangdong Province, said China-Singapore Guangzhou Knowledge City plays a very important role in the overall development of the GBA.

“This GKC Nobel Hero’s Talk offers a wonderful opportunity for university researchers, young scholars and entrepreneurs to interact with Nobel laureates directly. I am also pleased to see that the organizer decided to host it at SCA School this time, which provides our younger generation and school teachers a rare chance to learn and hear from professor Ciechanover directly,” said Li. 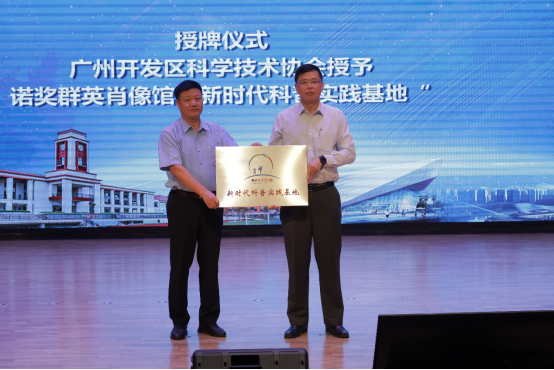 The Galley has a floor area of almost 1000 square meters, and it is the first Gallery in the world that showcases unique portraits of Nobel Laureates. In this gallery, visitors can uncover the various discoveries of various Nobel Laureates, learning about their lives and their career. The Gallery aims to promote science through cultural and educational interaction, and it has been one of the biggest attractions of GKC thus far, receiving visitors from schools, both public and private organisations.