Zhong Nanshan, China's top medical experts voiced his concerns about infodemic and advocated that media should take the responsibility of spreading truth in the 2021 China Internet Media Forum on November 25. 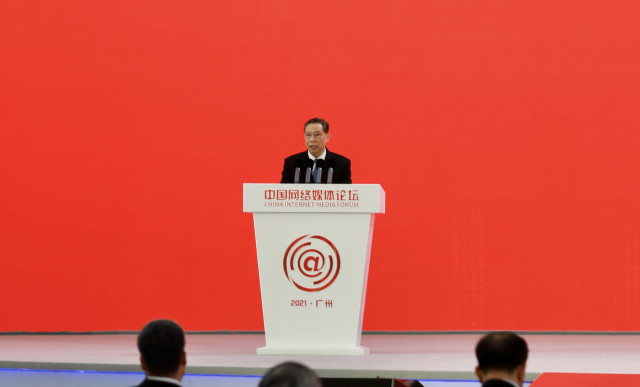 Zhong Nanshan, China's top medical expert voiced his concerns about infodemic and advocated that media should take the responsibility of spreading truth in the 2021 China Internet Media Forum on November 25.

Infodemic, first appeared in a report released by WHO Independent Commission in May, comes from the word "information" and "pandemic", literally meaning that too much information including false or misleading information in digital and physical environments can cause confusion and risk-taking behaviour.

Zhong held that the false information and disinformation on the internet is as horrible as the virus itself. The fast and extensive spread of this misinformation results in infodemic as well as social turmoil.

"For example, in early days of the Covid-19 outbreak, some media claimed that Covid-19 originated from China and kept spreading rumors about China based on unreliable sources, generating social resentment for Chinese and incurring the issue of Asians suffering from discrimination, abuse and even, in some places assaults on Asian people saw an escalation. This is how false information and disinformation leads to social instability," Zhong said frankly.

In the beginning of November, the Ministry of Commerce of the People's Republic of China released a statement to encourage families to keep a store of necessities for daily consumption and in case of emergencies.

"This statement is part of its routine work to ensure the stable operation of the consumer market and prices in the coming winter. But some irresponsible media misinterpreted this information and rumors were widespread, which lead to public panic and snapping up of some goods in some supermarkets," Zhong said.

He also highlighted that the right to live is the top priority among all human rights. With the publicity of China's media on scientific anti-pandemic measures, most Chinese people have been fully vaccinated and joined in nucleic acid test to refrain the spread of Coronavirus.

"The upholding of truth and facts in China's internet media plays an important role in the country’s economic recovery. Only when the benefits of a country and a society are secured, can its people enjoy their benefits in a real meaning," he supplemented.

Finally, Zhong concluded that in an era when people are bombarded with an overflow of information from unknown and sometimes unreliable sources, media on the internet should not become money-oriented, but should take their responsibilities seriously and lead the world to develop in an orderly way. They should be aware of the consequences that could result and avoid of spreading unreliable information.