Sanctions haven’t worked for over 60 years in Cuba, they haven’t worked in gaining regime change in North Korea for 70 years, they aren’t working in reducing the satisfaction of governments in Iran or Venezuela and they aren’t stopping the phenomenal growth of China. Perhaps, more than 100 years since Wilson first tabled them, it’s time to recognise they aren’t the replacement for war he had hoped for.

In 1919, the president of the USA, Woodrow Wilson said: “Apply this economic, peaceful, silent, deadly remedy and there will be no need for force.” He envisaged that Sanctions would save lives, prevent war crimes and benefit the millions of people affected by global conflicts.

Sanctions haven’t worked for over 60 years in Cuba, they haven’t worked in gaining regime change in North Korea for 70 years, they aren’t working in reducing the satisfaction of governments in Iran or Venezuela and they aren’t stopping the phenomenal growth of China. Perhaps, more than 100 years since Wilson first tabled them, it’s time to recognise they aren’t the replacement for war he had hoped for.

The latest country to face major sanctions is Russia. Sanctions have been going on since 2014 when Russia annexed Crimea. At that time, they were described as the most sweeping restrictions on Russia since the Cold War. The EU agreed on sanctions for: Finance, three of Russia’s largest banks; and Energy, with equipment and technology restricted but not the gas and oil. Obama’s Administration went further into the shipping and defence industries.

It's quite obvious though, that whatever caused Russia to invade Ukraine was more serious than the costs, inconveniences or other repercussions of sanctions against them.

The US has clearly indicated it will not join this war, so deeper sanctions are deemed necessary. Once again, the UK, EU and USA are on the same page, calling themselves the “International Community”. A collection of 12 countries or territories plus the European Union which make up this elusive and inappropriately named group.

Leaders from NATO, the G7 and the EU convened in Brussels to discuss the Russia-Ukraine conflict on March 24, 2022. (Photo/Xinhua)

There are several different layers to consider. Sanctions on the purchase of Gas and oil, Russia’s largest export. Sanctions on financial transactions with a ban on seven major banks using the Society for Worldwide International Financial Telecommunications (SWIFT) system which handles most, but not all of the world’s financial transactions and finally sanctions on Russian billionaires everywhere with the seizing of assets such as superyachts, luxury homes, bank balances held in tax havens like the UK governed Channel Islands or the Bahamas, and even Chelsea Football Club.

On close examination, it seems very clear that, although they will hurt Russia and most assuredly hurt many Russian billionaires, or as the “international community” prefers to call them the oligarchs, even these enhanced sanctions don’t look like they will work.

The White House issued a communique on Russian gas, admitting it would cause economic pain to their allies and partners while gleefully announcing that the Russian Ruble was, at the time, trading at “less than a penny”. Another thing they happily announced in the same release, was that the 30 plus countries joining them represent over 50 percent of the world’s GDP, which is correct, but they fail to point out it represents only about 18 percent of the world’s population. Leaving most of Asia, including the three most populous countries of China, India and Indonesia, as well as all of Africa, most of South and Central America to continue trading with Russia.

Immediately on sanctioning Russian gas supplies, the USA stepped up to deliver more gas to Europe and therefore more profit to American gas companies but conceded that they must continue to purchase gas, to the tune of half a billion barrels a year from Russia. At the same time, German Chancellor Oleg Scholz advised the EU that Germany cannot boycott Russian gas supplies. India, independently said the same.

Oil price has been rising in UK due to the Russia sanction. (Photo/Xinhua)

Russia, being smart and knowing how important their gas is, declared they will continue to sell gas and oil, but only to countries willing to pay in gold or Rubles. This must have been an announcement dreaded by both the Federal Reserve and the State Department, it was welcomed by the markets though as the Ruble re-surged and now continues to trade above the pre-sanction levels of February.

America is going through a cost-of-living crisis right now. Inflation is up, real unemployment is up, and Biden’s popularity is down. Inflation is currently at a generational high of 8.1 percent, not seen since 1981. With a mid-term election due, Biden’s PR team have worked hard to come up with the slogan: “Putin’s Hike”, to explain the increases in costs but, the fact that less than 3 percent of America’s gas and oil needs are met by Russia makes this seem a huge stretch.

Wartime presidents usually enjoy a boost but Biden’s popularity has declined to somewhere between 47 percent and 33 percent. It’s unlikely he will risk further losses by decreasing Russian gas and therefore increasing prices at the pump.

The world can’t wean off Russian gas and if they did, no oil producer, including in the USA, is willing to increase production as shareholders demand more ethical operations in an era of real, and potential COVID-19 disruptions, as well as all accompanying environmental legislation and ethical concerns. Furthermore, Russia has made it clear to all that it will sell its gas cheap to non-sanctioning countries. There are only 39 sanctioning so this leaves over 150 other customers.

One of two things is certain as a result of even a partial Russian gas reduction; runaway and uncontrollable inflation, or a disaster in the mid-term elections for Biden’s Democratic party – probably both. 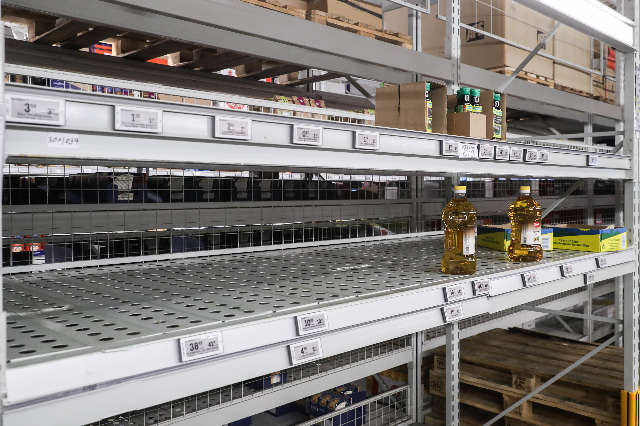 If sanctions on Russian gas won’t work, then perhaps the ban on SWIFT transactions could be the answer. But it isn’t.

International headlines failed to mention that while the largest 7 Russian banks were banned, two weren’t: Sberbank and Gazprombank. These two banks are where sales of gas are made and paid. Rather than accept a compromise that suited Russia’s adversaries, Pavel Zavalny’s announcement that all payments must be made in Gold or Rubles, has completely overcome the self-serving intent of leaving these two institutions out of the sanctions.

One of Russia’s other major exports is military equipment and their largest trading partner in this category is India. Late last year, perhaps in a grim prediction of what was to come, Russia and India signed a 10-year deal to work together in a Rupee-Ruble deal.

It's becoming apparent that sanction on Russia’s gas and finance will hurt the sanctioning countries so, the only one of the three major branches of sanctions which might have any repercussions is the seizure of assets and cash belonging to the Oligarchs.

However, at least as far as the UK is concerned, that effect might not be as they had hoped. It appears many of the Oligarchs have dual citizenship and are major donors to the Conservative Party. Those billionaires didn’t make massive donations to have the rest of their assets seized, so we might see some ramifications in the coming days or weeks from them.

All in all, sanctions against a powerful country with a commodity the rest of the world needs and lots of wealthy and powerful friends, seems to be a great example of how to successfully shoot one’s own foot.