"For a long time, when Hengqin and Macao talked about each other, we said it was your issue. But now we say OUR issue. The new management mode is unprecedented," said Lei Wai Nong, Director of the Executive Committee of the Guangdong-Macao In-Depth Cooperation Zone in Hengqin.

"For a long time, when Hengqin and Macao talked about each other, we said it was your issue. But now we say OUR issue. The new management mode is unprecedented," said Lei Wai Nong, Director of the Executive Committee of the Guangdong-Macao In-Depth Cooperation Zone in Hengqin, when sharing his feeling about his work in Hengqin over the past 12 months during an interview on September 13. 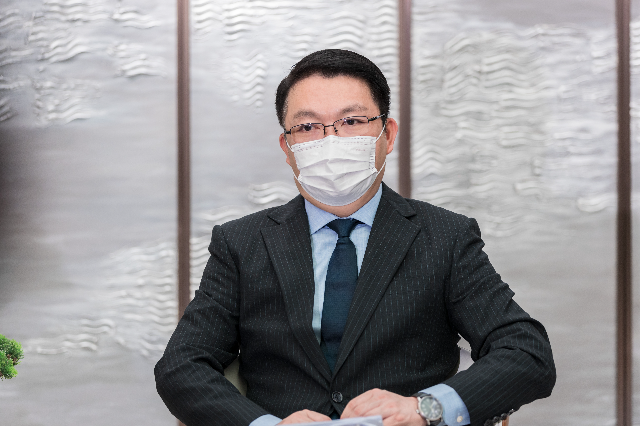 During the past 12 months, Lei and his team, including members from Guangdong and Macao, have explored the new management mode based on Guangdong-Macao cooperation and led the Zone to make significant progress.

A process of integration to enrich the practice of "one country, two systems"

When talking about the new management mode, Lei said the staff from the mainland and Macao have been working together. Lei indicated it as a process of integration, a movement to enrich the practice of "one country, two systems."

"We encounter difficulties in the process and continue to support and learn from each other. In short, now we are doing addition and subtraction during our cooperation work. We try to combine our advantages and find a new management mode. Also, we try our best to reduce the disadvantages that may affect efficiency," Lei summarized with a smile.

Lei revealed his team is working on revising the overall development plan of the Zone based on the 2009 version, aiming to ensure further the development of the integration of Hengqin and Macao. During the revision process, his team listened to voices from all walks of life in Macao.

Recently, Hengqin conducted a global call for urban design proposals and selected the three best proposals, which will be followed in the future to reshape and redesign the city.

First-tier and second-tier construction project to finish this year

Lei also emphasized that Hengqin made progress in developing new industries, including technology, culture and tourism, finance and healthcare and traditional Chinese medicine, in boosting Macao's appropriate economic diversification. Since last September, the registered entities' percentage has risen from 13% to nearly 30%. The output value of the integrated circuit industry increased by 30% in H1,2022.

When talking about the first-tier and second-tier lines, Lei introduced that the second phase of the "first-tier" line (Hengqin Port) will finish construction. The "second-tier" channels, including the customs surveillance zones, will be completed by December 2022. The Smart Inspection Port service platform will be paired soon. "Then we need to cooperate with related departments in policy implementation, and we hope to implement soon."

Moreover, according to Lei, the Macao New Neighbourhood Project will finish construction next year, providing 4000 apartments. They will also pair with schools, public health services, elderly care services, etc. Also, over 1000 Macao professionals, including architects, designers, and doctors, can work in Hengqin.