"China is the first trading partner and a strategic partner of Iran. Guangdong is playing a main role in this trade collaboration", said Hosseinali Darvishi Motevalli, Consul General of Iran in Guangz
.

On the 50th anniversary of the establishment of diplomatic relationship of the People's Republic of China and the Islamic Republic of Iran, the two countries signed a comprehensive cooperation plan in March 2021, rolling out prospects for cooperation in the long term.

"China is the first trading partner and a strategic partner of Iran. Guangdong is playing a main role in this trade collaboration", said Hosseinali Darvishi Motevalli, Consul General of Iran in Guangzhou, at an interview with GDToday. 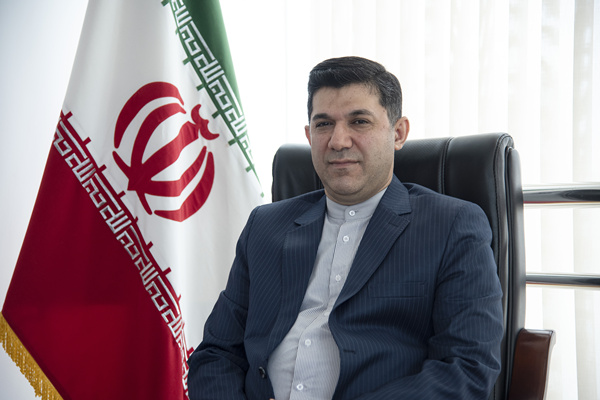 "Civilized, developed and growing", that's how Mr. Darvishi described Guangdong, a province he expected to be the pioneer of closer China-Iran ties in trade, science and technology and more fields.

The Greater Bay Area, a new leap for China

The newly signed comprehensive cooperation plan, which Mr. Darvishi viewed as "a roadmap, a masterpiece and a turning point for our new cooperation", taps the potentials in economic and cultural cooperation between the two countries. From April to July 2021, Iran’s export to China totaled around 4.3 billion USD, making China the top export destination of Iranian goods and services.

In the China-Iran strategic partnership, Guangdong boasts huge potential in economic, scientific, agricultural and cultural collaborations with Iran, according to Mr. Darvishi. "Iran is ready and welcomes the cooperation with Guangdong," he noted, "We are also ready to provide facilities for Guangdong's public and private sectors to invest in Iran."

Another key region for the two sides to nourish new development is the Guangdong-Hong Kong-Macao Greater Bay Area, Mr. Darvishi believed. In his view, the Greater Bay Area is one of the most innovative initiatives of China. "It is to explore and synergize the potentials of the region, to find and remove the shortages of the area, and to mobilize all capacities for fast growing. By reaching these goals, China is going to jump."

He added, Iran as one of the most developed countries in the Middle East, has good ground for cooperation with cities in the GBA, especially about youth exchange, and science and technology. "Talented people as well as universities on the two sides can make a joint project in R&D and commercialization of technologies about patent and template, bring them to the market so that we can enjoy the benefits."

In recent years, there has been a rise of Iranian students studying in China with the total number reaching 3000. China now has 20 research centers for Iran and the Persian language has been on 14 Chinese universities' curriculum.

The COVID-19 outbreak starting from 2020 has witnessed mutual assistance and support between China and Iran in the face of such a shared challenge for global community. China received 3 million medical masks from Iran at the onset of the crisis and Iran was one of the first countries that China sent a medical aid team to. As of August 17, 2021, China has donated 1.55 million doses of vaccines to Iran. Mr. Darvishi said, the constructive cooperation in the field of vaccine and health is "the best example of cooperation between countries in this regard". 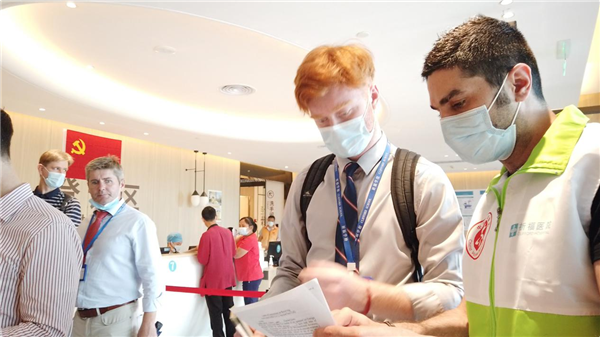 Iranian young people actively engaged in the fighst against COVID-19 in China.

According to Johns Hopkins University's COVID-19 map, there have been about 200 million confirmed cases around the world by August 16, 2021. The pandemic is still running rampant in many countries, among which the US and Japan have recorded their highest daily increase of patients in 7 months recently.

When talking about the major task currently for the world to beat the virus, Mr. Darvishi stated that "countries such as Iran and China, which have produced their own local vaccine, should help poor countries and empower them to save their people."

Anti-globalization sentiment and unilateralism, as a by-product of the pandemic, is also rising up in the international society. In a phone call with Iranian Foreign Minister Mohammad Javad Zarif in July, China’s Foreign Minister Wang Yi said that China is ready to work with Iran to continue to oppose unilateralism and bullying behaviors, and that the two countries will work together to better safeguard the common interests of China, Iran and other developing countries.