On July 3, more than 20 expatriates from consulates general in Guangzhou and international business associations visited the ancient lychee trees in Xianjiang Village, Huangpu District, Guangzhou. A variety of delicacies made with lychees were exhibited and tasted after the tour, including lychee shrimp, lychee smoked duck and lychee-flavored drinks.

Cantonese Opera master Wu Feifan, who performed during the event, sang an Ode to the Lychee to all guests.

Located in the eastern part of Guangzhou, Huangpu district is one of the major lychee production bases in the province, which has a profound lychee culture and thousands of years of history of planting lychees. The district has many lychee trees more than 300 years old. After thousands of years, those lychee trees are still green and luxuriant.

"We like lychee very much. Because it is very juicy!" Turkish Consul General in Guangzhou Kurtulus Aykan and his wife shared their love for lychees.

" We know lychee here because we have lived in China for three years. But in today’s activity, we learned the history of lychee. It is pleasure to see 400 years old trees in Guangzhou." 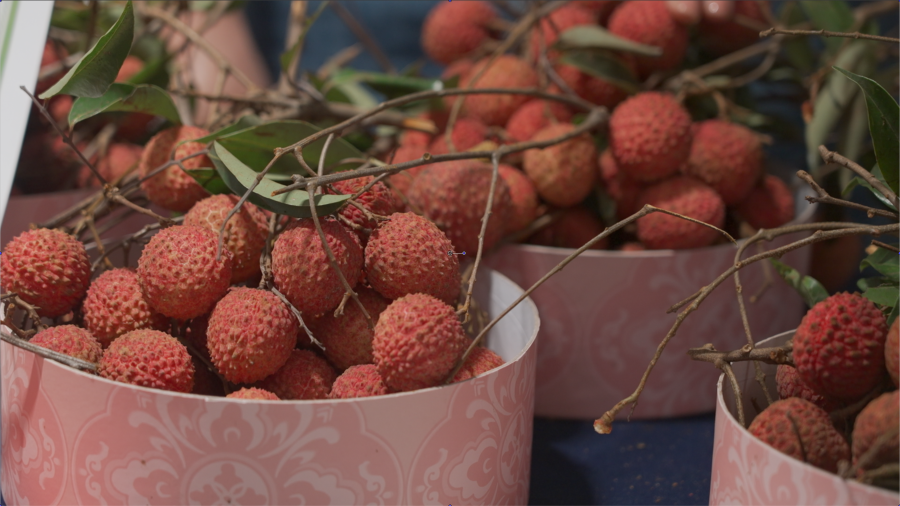 Fukuoka of Japan, one of Guangzhou's sister cities, once established a non-governmental exchange association—Fukuoka-Guangzhou Lychee Club—in 2008. Chiba Yukiko, president of the club, explained that due to lychee's lovely appearance and delicious flavor, she named the club after this Cantonese fruit.

"From 2009 to 2018, we have organized batches of Japanese friends to visit Guangzhou, pick lychees and have friendly conversations with locals. I'm so glad to see that the villagers living around lychee orchards have enjoyed happier and richer lives over months and years," she said via video link.

Satoshi Okuda, representative of Fukuoka Liaison Office in Guangzhou, said a company from Fukuowa is considering importing lychees in the future. 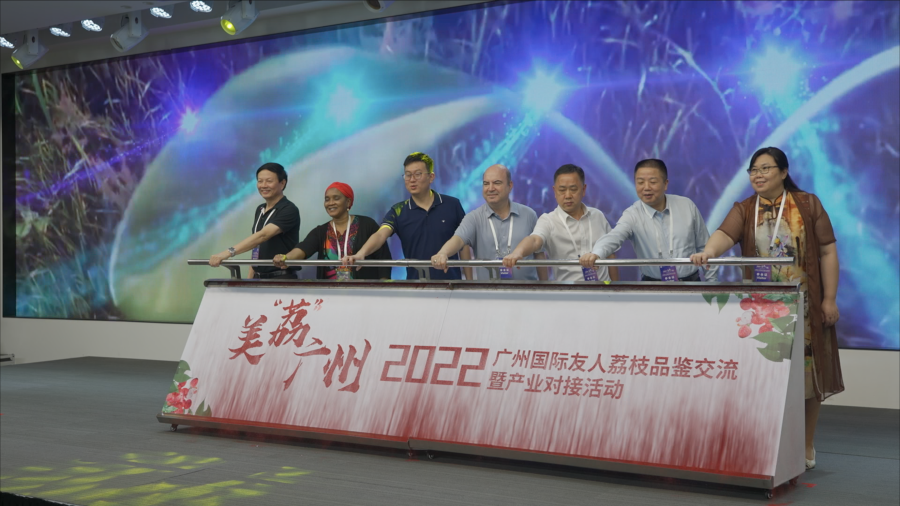 Guangdong is a major lychee cultivation province in China, with a total planting area of nearly 2,667 square meters. Annual output is about 1.4 million tons, according to Chen Houbin, professor from the South China Agricultural University.