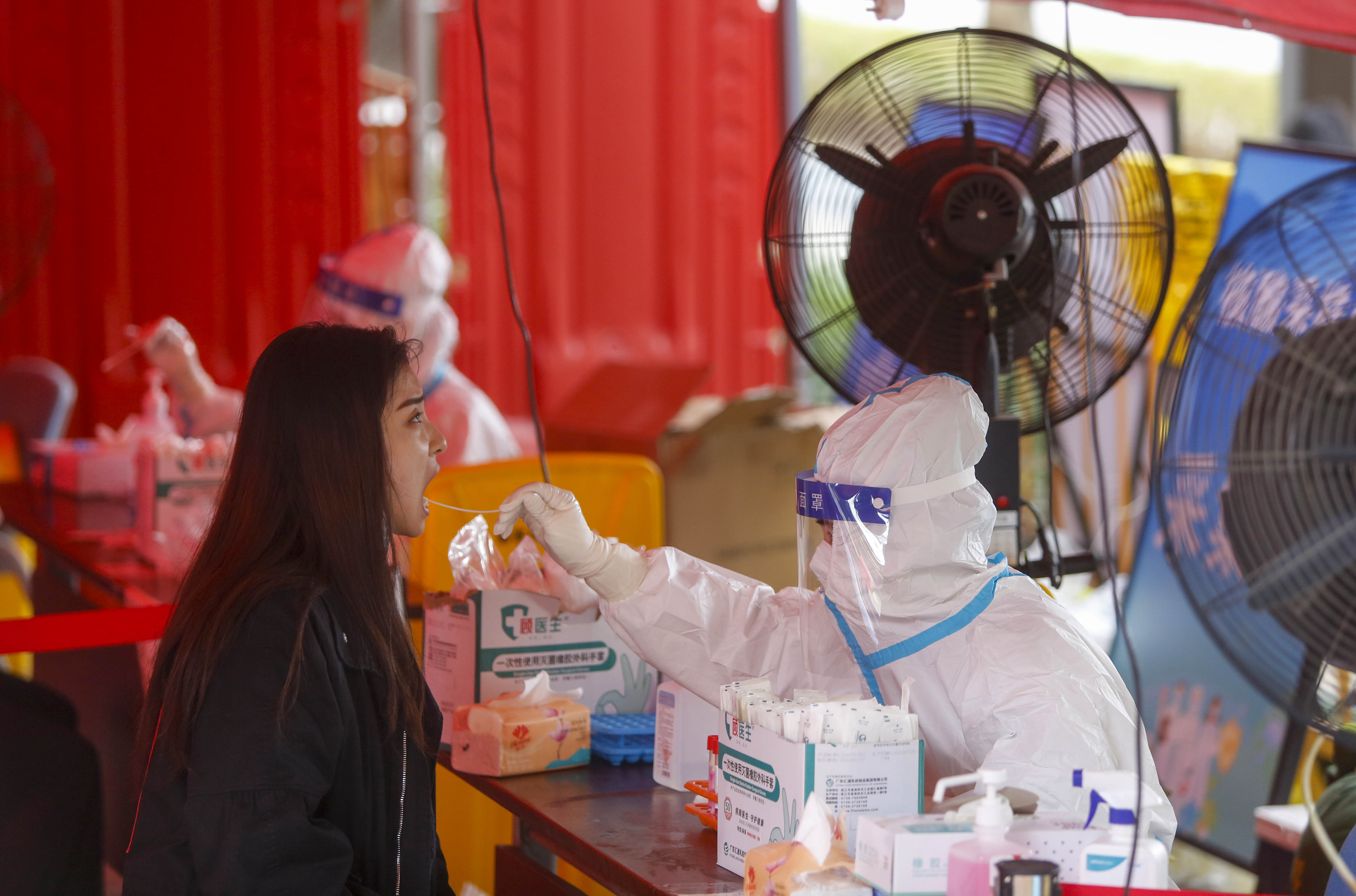 Shenzhen on Wednesday reported one new confirmed and one new asymptomatic case of COVID-19 last night, according to the municipal health authority. As of 17:00 today, Shenzhen has reported a total of 12 confirmed cases and 2 asymptomatic infections.

Case 13 is a 42-year-old woman who works in a diner in Caopu Community in Qingshuihe Subdistrict, Luohu District (罗湖区清水河街道草埔), and lives in Jihua Subdistrict, Longgang District (龙岗区吉华街道). She went to the Second People’s Hospital of Shenzhen in Futian District to seek emergency treatment at noon yesterday.

The hospital issued a notice on January 12 announcing the suspension of the outpatient and emergency medical services. But its internet hospital will continue to operate normally.

Case 14 is a 41-year-old woman who works at a supermarket in Longgang District, and lives in Hewei Village of Caopuxi Community in Qingshuihe Subdistrict, Luohu District (罗湖区清水河街道草埔西社区鹤围村). She is the wife of case 11 and has been previously put under centralized quarantine as a close contact.

Shenzhen has checked the traces of 14 cases and their contacts in the past 14 days, with total of 2,249 close contacts and 3,058 secondary close contacts having been traced and managed.

On January 13, Zhongshan found a COVID-19 positive case, who is 24 years old female living in the first phase of the International Flower City in Tanzhou Town (坦洲镇国际花城一期), an employee of a company in Tanzhou Town.

On January 12, the case went to the fever clinic of Tanzhou Hospital for treatment, and the nucleic acid test came out positive in the early morning of January 13.

At present, the patient has been transferred to a designated medical institution for isolation and treatment. Relevant contacts are being investigated. Management over the case’s residence and workplace has been implemented, and key places where the case has been to have been disinfected.

Zhongshan calls on the citizens not to leave the city unless necessary. Those who do need to leave Zhongshan must hold a negative nucleic acid test certificate within 48 hours starting 12:00 on January 13.

*All roads leading to Tanzhou under comprehensive control

Commencing January 13, all roads leading to Tanzhou Town are put under full management and control, and in principle, residents can only enter and not exit. If they do need to enter or leave for medical treatment, specific official duty, etc., residents must hold a negative nucleic acid test certificate within 48 hours.

Among them, the first and second phases of the Jinxiu International Huacheng Community in Tanzhou Town (坦洲镇锦绣国际花城小区一期、二期) are under temporary control. All personnel can only enter and not exit, and receive quarantine at home.

Shenwan, Sanxiang, and Banfu Towns have carried out mass testing since 15:00 on January 13.

Other towns and streets will carry out nucleic acid testing on January 14.

*All inter-city buses in Zhongshan suspended

Due to the epidemic prevention and control, starting January 13, all bus lines in Tanzhou Town and all inter-city bus lines in Zhongshan will be suspended.

Of the new local cases, 76 were reported in Henan, 41 in Tianjin, six in Shaanxi, and one in Guangdong, the commission said.

Also reported were 66 new imported cases in seven provincial-level regions, according to the commission.

Nine new suspected cases arriving from outside the mainland were reported in Shanghai, and no new deaths from COVID-19 were reported on the day, it added.