Shenzhen-Hong Kong cooperation zone has the potential to be the "Manhattan of the Pearl River Delta": Aden Group' s South China Director

"There is a saying about Shenzhen's place in the Chinese economy: 'Shanghai is the present and Shenzhen is the future', Naren Pillai, Director of South China, Aden Group shared his take on the busines

"There is a saying about Shenzhen's place in the Chinese economy: 'Shanghai is the present and Shenzhen is the future", Naren Pillai, Director of South China, Aden Group shared his take on the business environment of the Guangdong-Hong Kong-Macao Greater Bay Area (GBA) as well as Aden's strategic layouts related to Qianhai Shenzhen-Hong Kong Modern Service Industry Cooperation Zone (Shenzhen-Hong Kong Cooperation Zone). 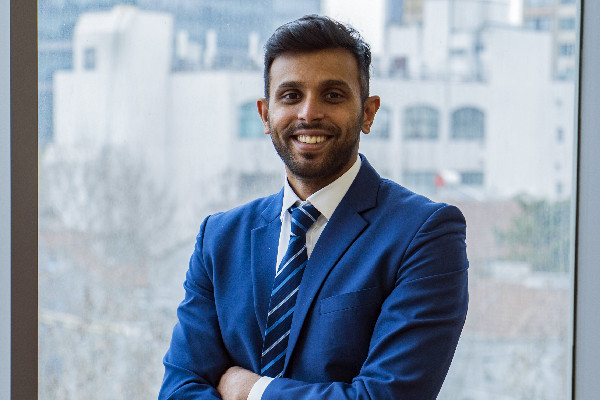 Headquartered in Shanghai, Aden Group has a 20-year history of driving change in the integrated facility management (IFM) industry. In 2016, Aden opened its office in Shenzhen.

"Shenzhen is indeed a remarkably young and fast-moving city where new ideas and ways of doing things are welcomed in the business culture. Its role in tech and innovation is so well known it hardly needs to be discussed."

According to Naren, Aden feel very aligned with the sustainable urban development in the GBA.

GDToday: After the outline development plan for the GBA was released, what changes have been brought for Aden's business?

Naren Pillai: The government in Shenzhen and other cities of the GBA is quite supportive for innovative companies. They provide special allowances and subsidize loans for high-tech companies' talent housing, and provide tax discounts for projects located in designated development areas. This works out very well for Aden.

The GBA is also giving priority to green development. The GBA cooperation policies focus on sustainable urban development, strengthen environmental protection and ecological restoration, promote green and low-carbon ways of working and living as well as modes of urban construction and operation, and effectively improve the quality of urban living.

As a group we feel very aligned with such policies as they have driven some of our most important initiatives in recent years, including our digital twin platform, our joint ventures in clean energy and waste management (Tera Energies and Feisight), and with Aden Group's broader effort to bring sustainability to the IFM industry.

GDToday: After the plan for further developing Shenzhen-Hong Kong Cooperation Zone was issued, what new opportunities will be brought for Aden as you are one of the main players in service industry?

Naren Pillai: After the plan released, we’ll see many multinational companies in manufacturing, R&D and related sectors doing well, which is definitely an area of opportunity for us as a player in the "headquarters economy". That is going to bring heightened interest in higher end facility services, something we're actively developing through new offers such as AdenEdge in the food service industry.

Because we, as a group, have committed ourselves to providing solutions that support China's net-zero and energy saving targets and which are also oriented towards environmental, social and governance (ESG) targets, we believe Aden will have a good opportunity to develop new business as the Zone continues its development as the "Manhattan of the Pearl River Delta."