Guangzhou Foreign Affairs Office (FAO) held an event to celebrate the 10th anniversary of friendly relations between Guangzhou and Dubai on September 7 in an online+offline format, aiming to shed light into the ways to deepen cooperation between two cities.

Guangzhou Foreign Affairs Office (FAO) held an event to celebrate the 10th anniversary of friendly relations between Guangzhou and Dubai on September 7 in an online+offline format, aiming to shed light into the ways to deepen cooperation between two cities.

Representatives from different cities including Guangzhou, Shenzhen, Dubai and Abu Dhabi participated in the discussion on the theme, "Greater Bay Area (GBA) & Middle East Gulf Region (MEGR): Bridging a better future". Tech companies and institutions attended a roadshow to promote their products and services, which attracted more than 80 audiences to attend and interact.

Zhan Decun, Director General of Guangzhou FAO, addressed at the event that Guangzhou and Dubai have been focusing on cooperation in such fields as economy, trade investment, scientific and technological innovation, cultural exchanges, green development and urban governance over the past ten years.

"This event aims to gather related tech counterparts in Guangzhou, Shenzhen, Dubai and Abu Dhabi, while showcasing the potential of the GBA as well as the recently-released plan to develop Guangzhou's Nansha district," said Zhan. 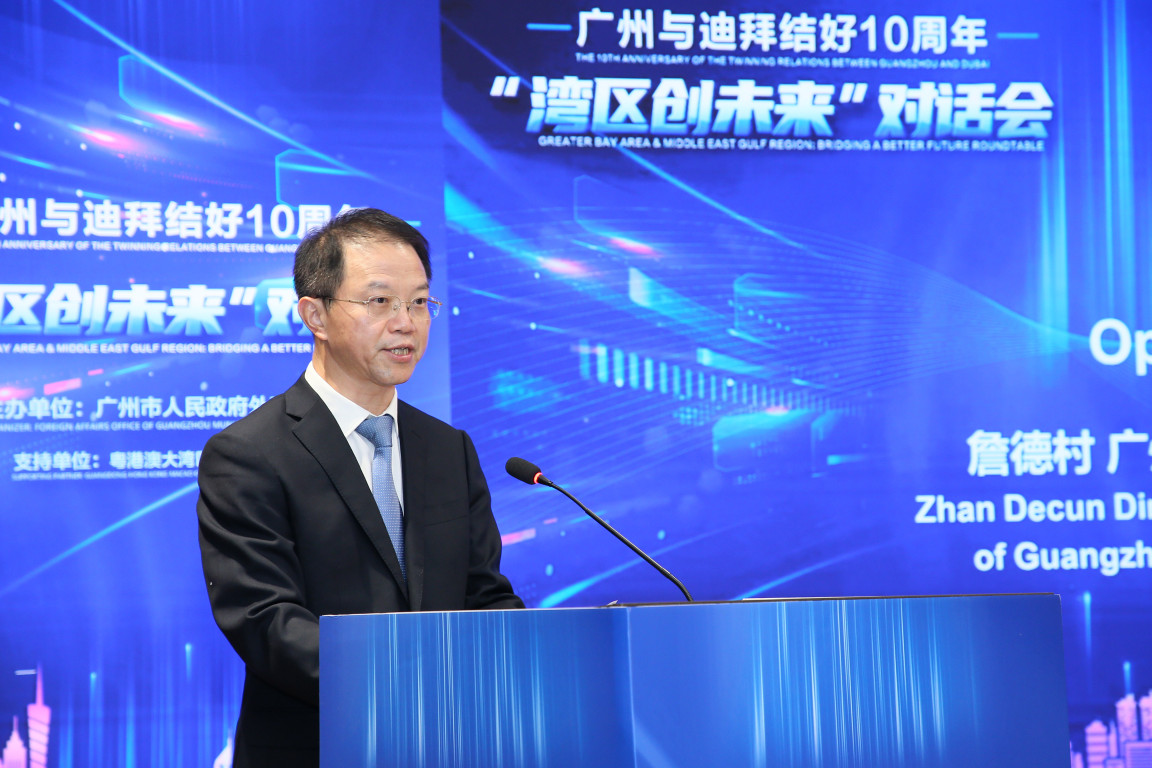 Rahma Abdulrahman Rahma Alshamsi, Consul General of the United Arab Emirates in Guangzhou, introduced that Dubai and Guangzhou have a long and rewarding relationship. Dubai looks forward to deepening the strong and lasting ties with Guangzhou and strengthening cooperation between the GBA and MEGR through the event. 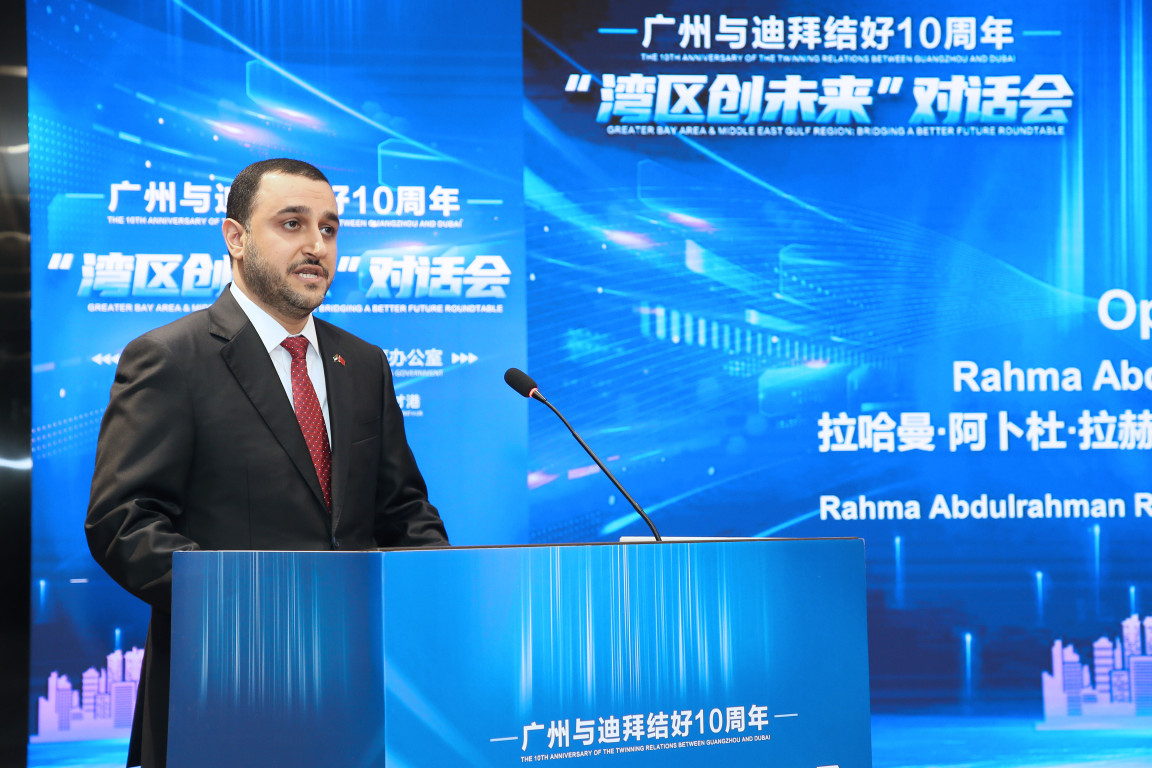 Li Xuhang, Consul General of China in Dubai, addressed via video link that Guangzhou and Dubai have fruitful cooperation in various fields, and set a model of friendly-city. He especially mentioned the COVID-19 pandemic did not stop the cooperation between two cities in green development, economy, trade exchanges and talent exchanges. He expects Guangzhou and Dubai will approach and work together for a brighter future. 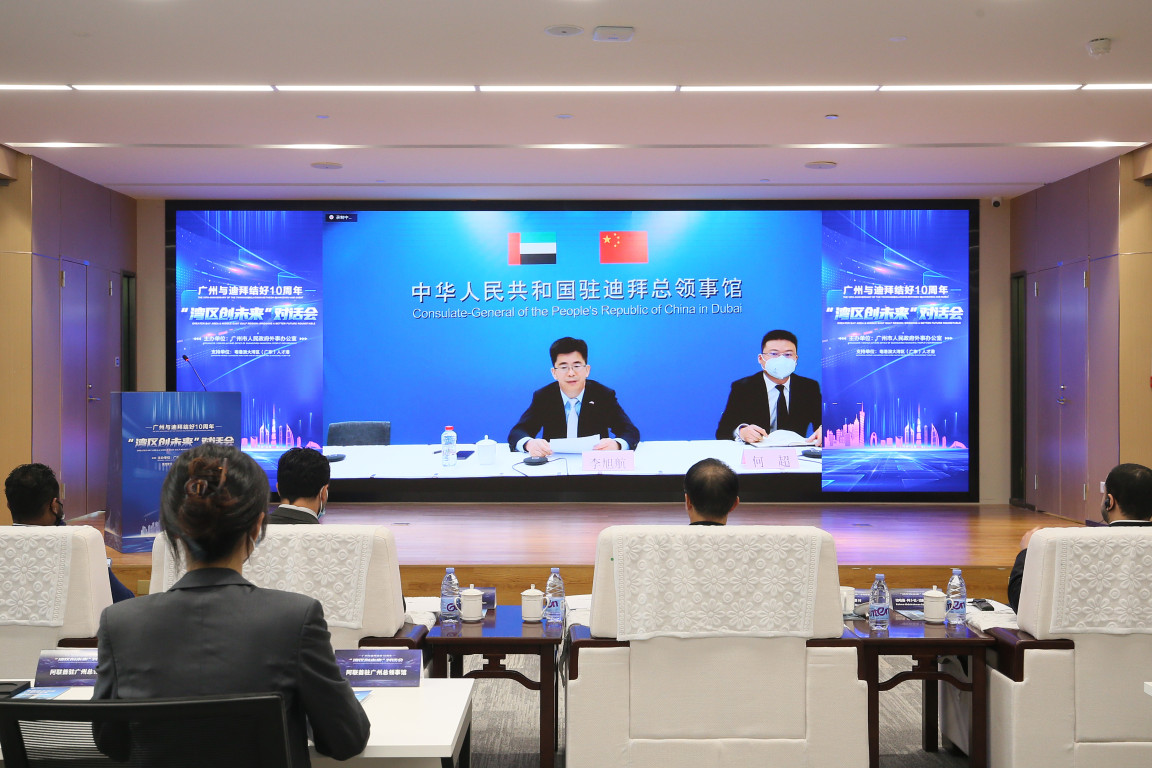 Hassan Al Hashemi, acting chairman and CEO of the Dubai Chamber of Commerce & Industry, delivered a speech via video connection, saying, "Dubai and Guangzhou are both major regional trading hubs. In 2021, China became the UAE's largest trading partner with bilateral trade volume accounting for 11.7 percent of the total foreign trade volume in UAE."

He believes that the friendly relations between cities play important roles to promote exchanges and to tie people in different countries. He looks forward to a closer cooperation between Guangzhou and Dubai in key areas such as renewable energy, science and technology, innovation, artificial intelligence and food security. 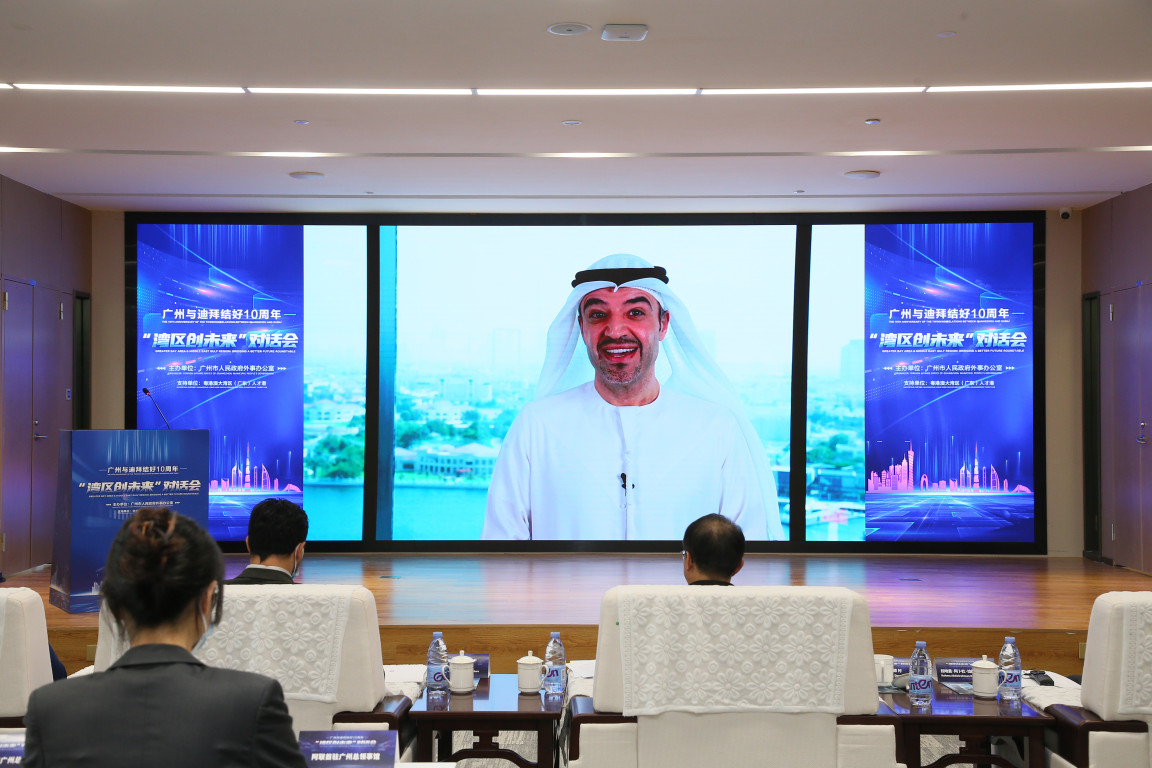