​In the newly released Michelin Guide Guangzhou 2022, a total of 111 restaurants have been awarded the accolade of Michelin status, of which many are from local starred hotels. What are the dining experiences in these hotel restaurants in Guangzhou?

In the newly released Michelin Guide Guangzhou 2022, a total of 111 restaurants have been awarded the accolade of Michelin status, of which many are from local starred hotels. What are the dining experiences in these hotel restaurants in Guangzhou? 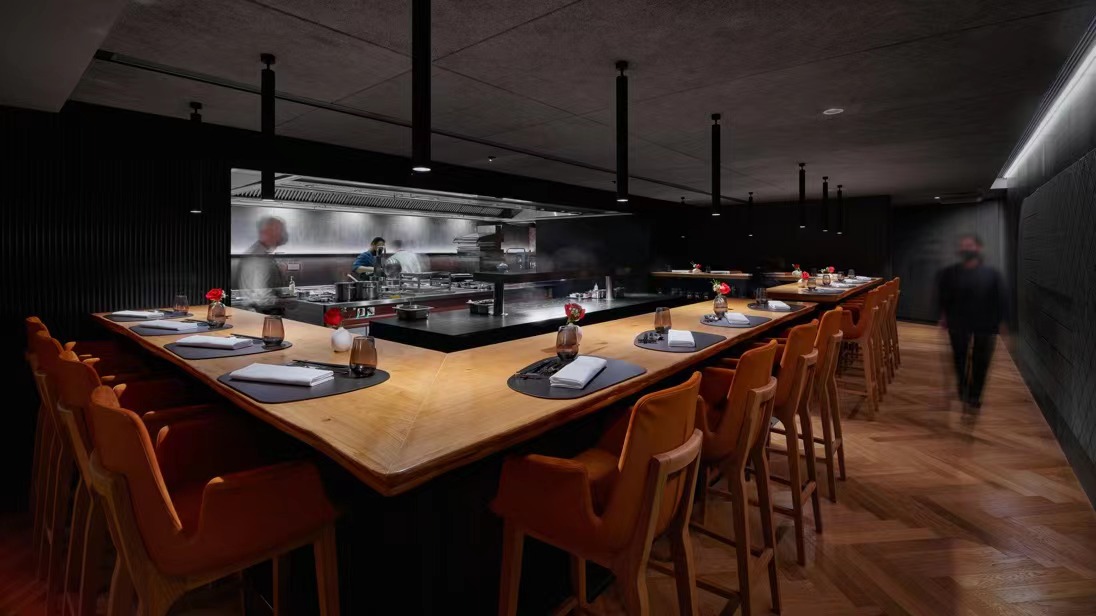 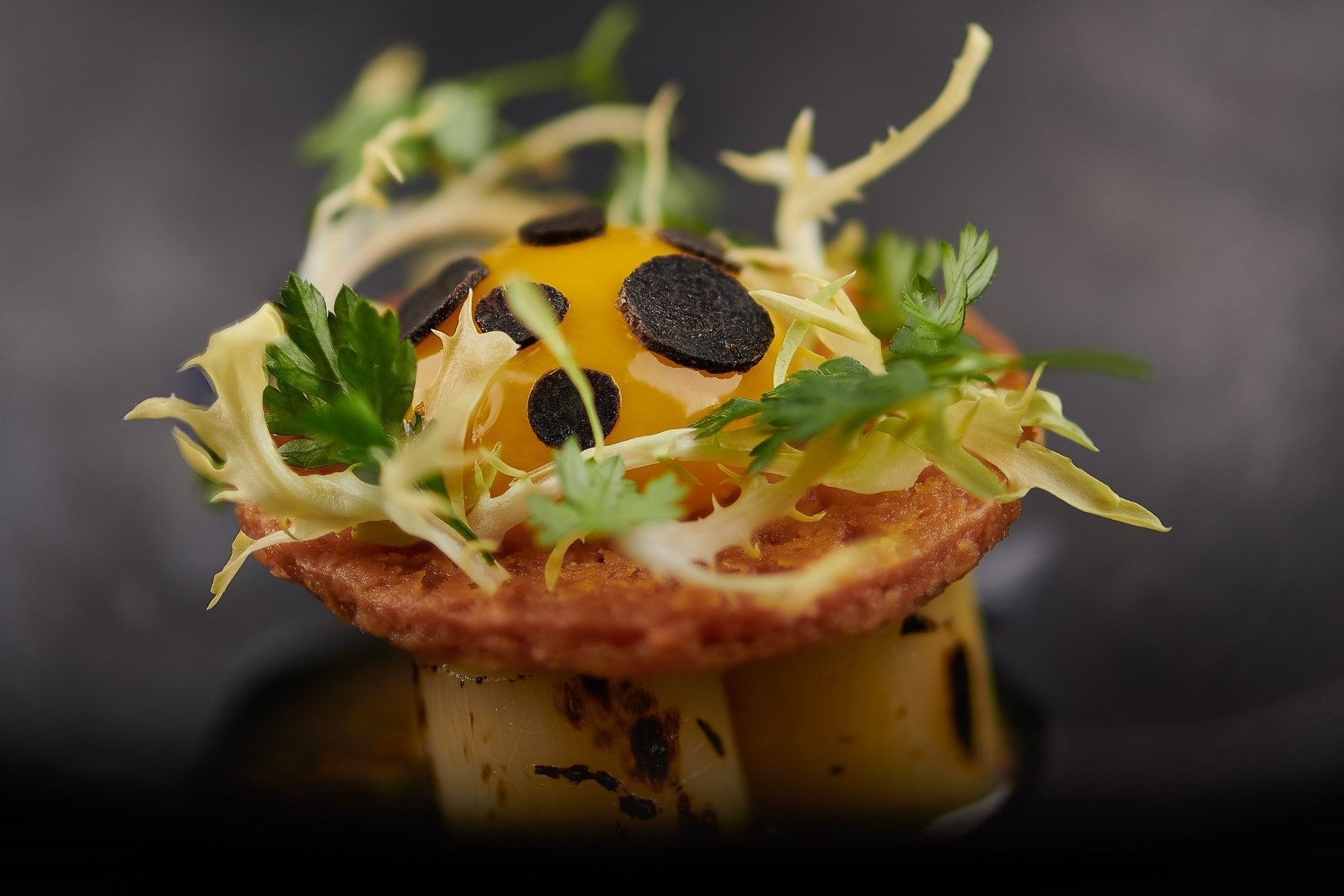 Inspired by the energy and international diversity of Guangzhou, the hotel's Michelin one-star restaurant Stiller is a social dining restaurant showcasing modern western flavour designed to be shared and savoured amongst friends and family. Whether you're there for a drink, quick bite or a big dinner, Stiller can accommodate you. 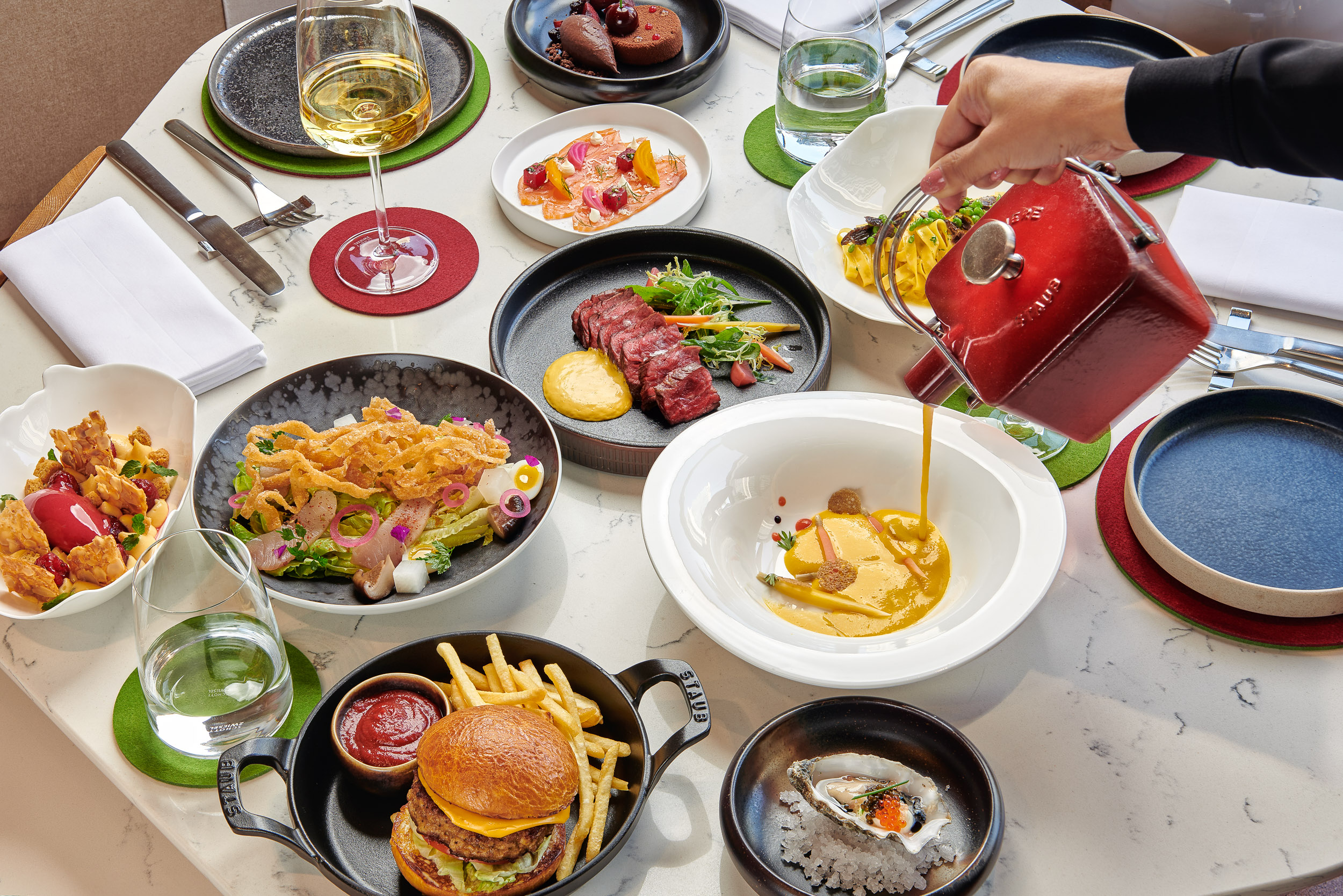 Chef Tommy Zhang from the Stiller also received the 2022 Michelin Young Chef Award. The young chef has been in renowned chef Stefan Stiller's team for years, working in both his Shanghai and Guangzhou kitchens and later began leading the team at Stiller on his own.

In addition, both Lai Wan A Cantonese Kitchen and The Peach Blossom which serves not only Cantonese cuisine but fusion cuisine inside the LN Garden Hotel, have been awarded as Michelin-selected restaurants for five consecutive years, offering local Cantonese classics and high-end Cantonese fusion cuisine respectively. 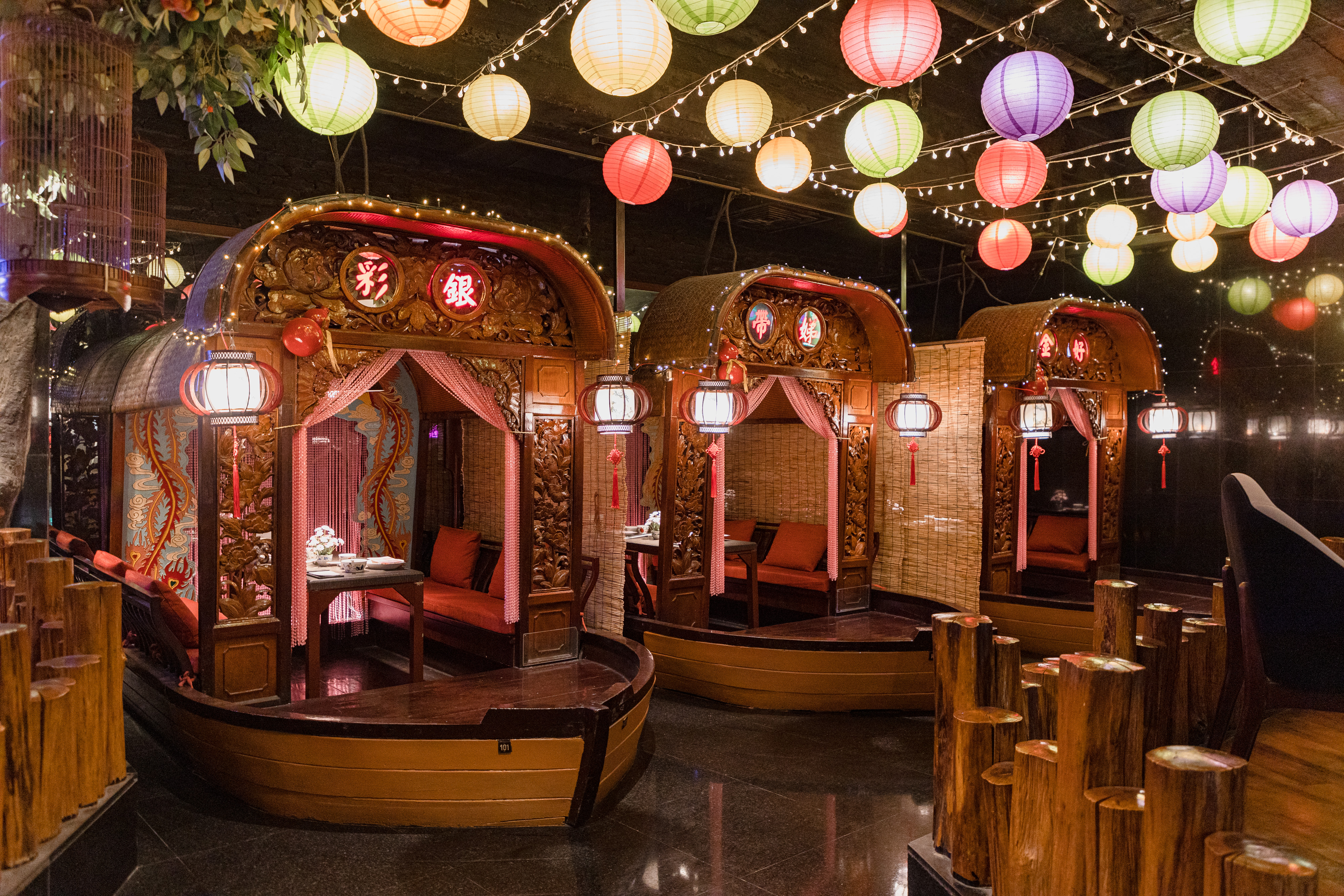 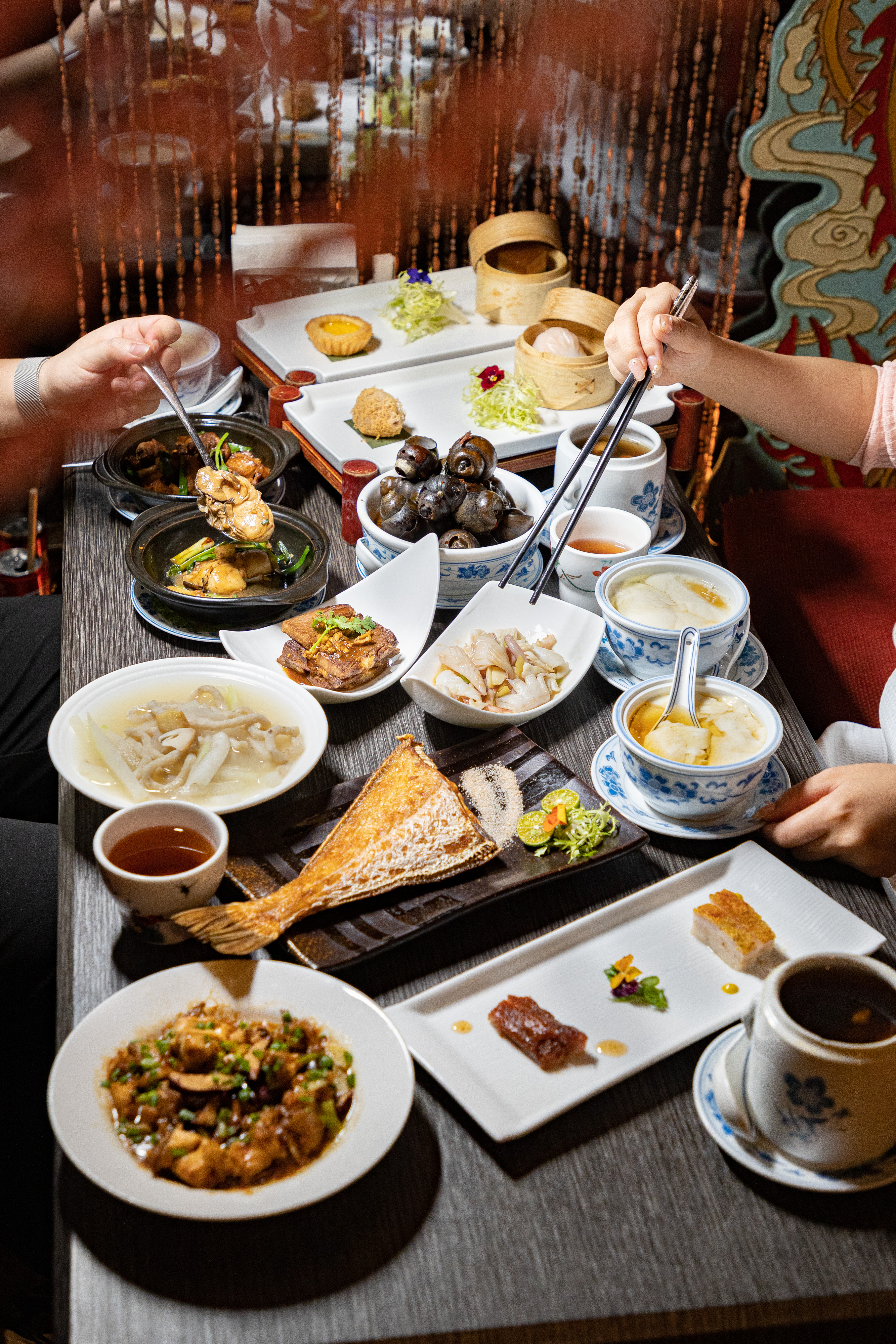 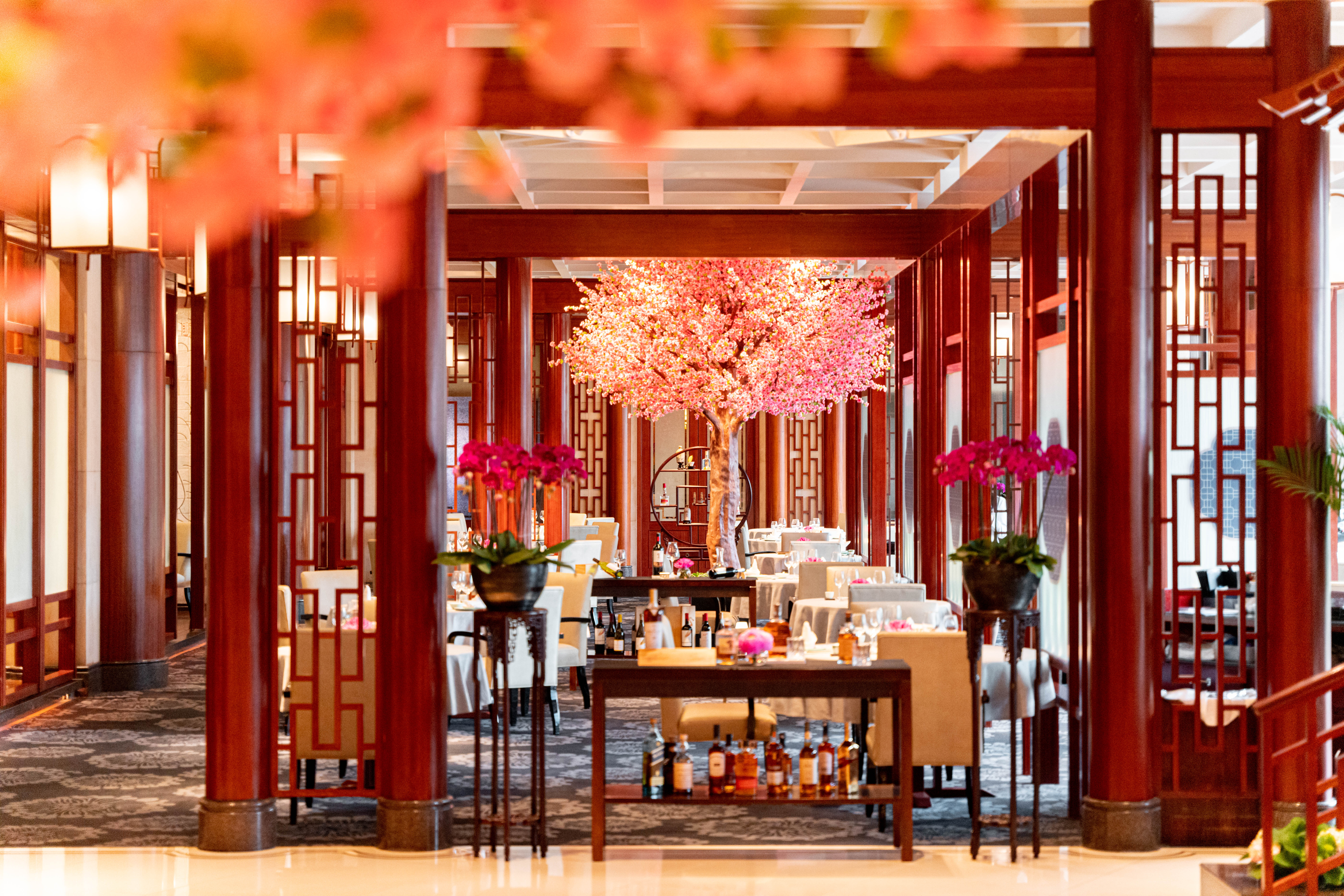 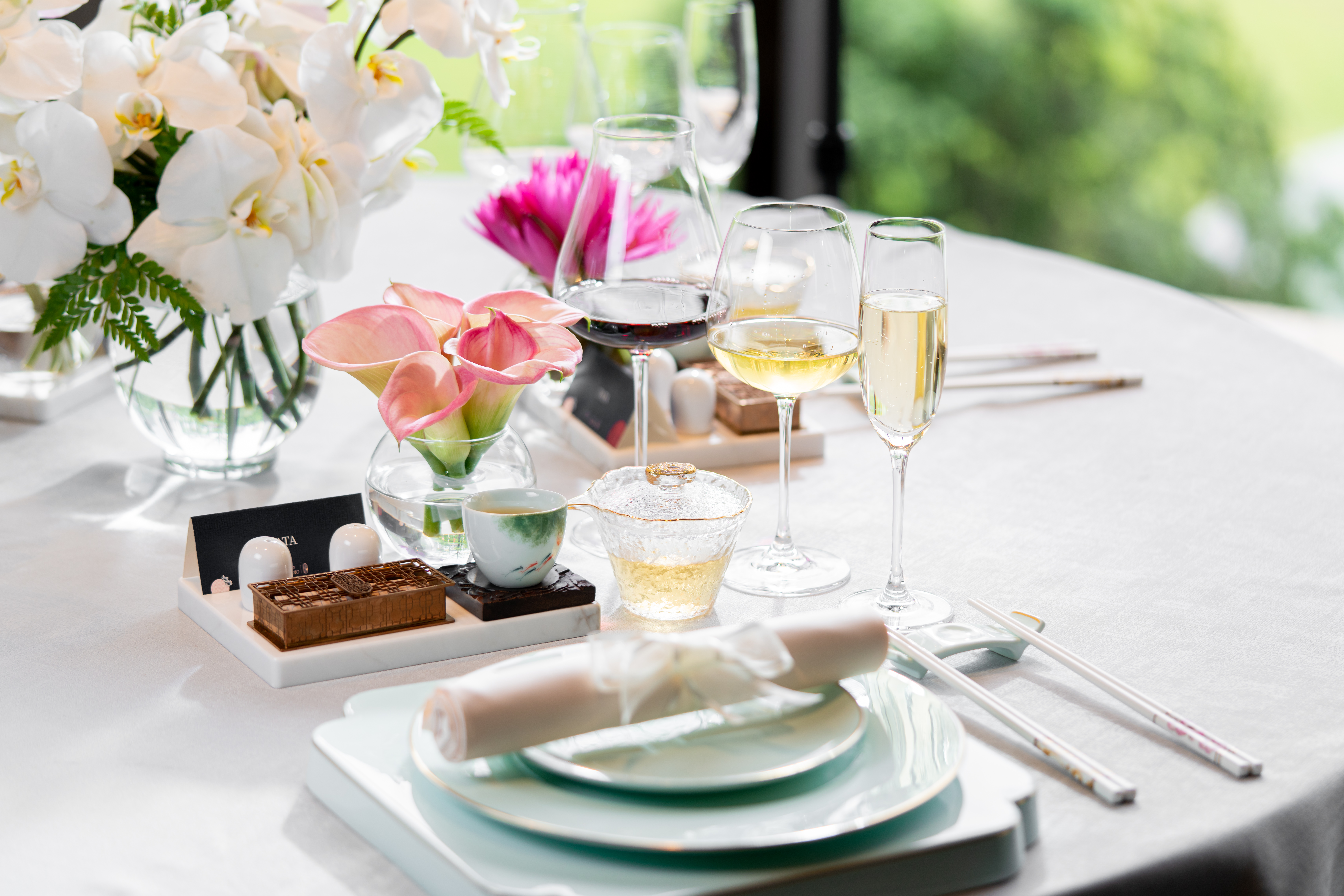 The White Swan Hotel's three Chinese restaurants have been listed on the Guangzhou Michelin Guide for five consecutive years. They are the One Michelin Star Jade River and Hongtu Hall as well as Michelin-selected restaurant Flavors of China. 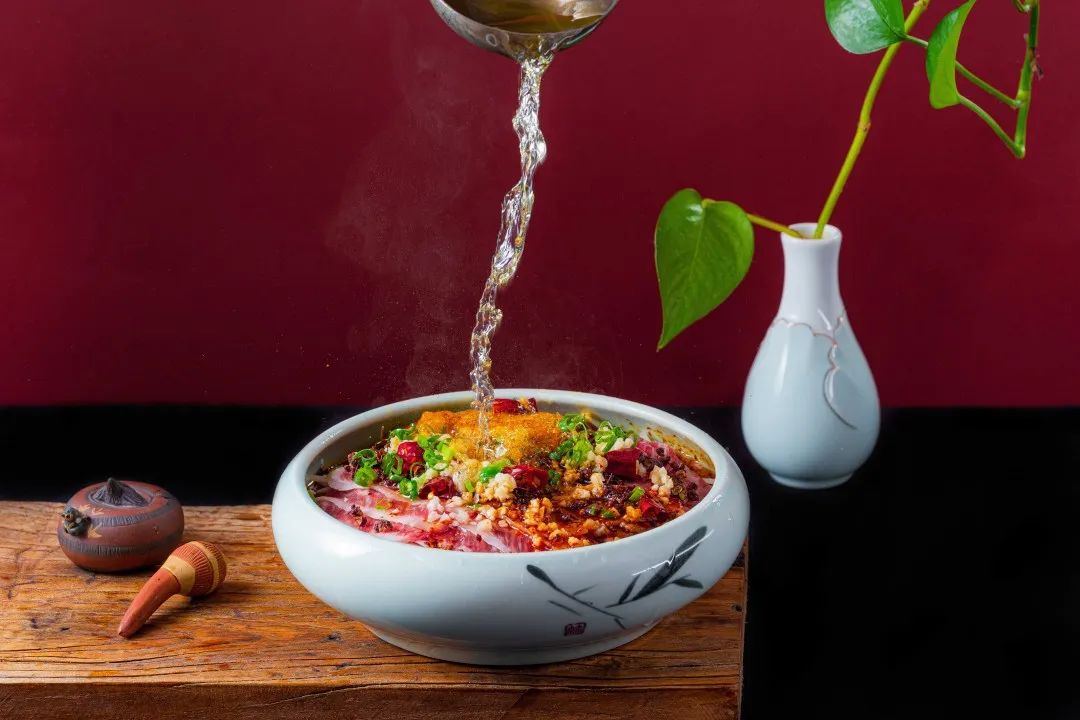 Besides river views and stunning murals, Hongtu Hall is prized for its exquisitely crafted dim sum ranging from the classics to novel creations, as well as velvety congee and juicy roast meats. While dining at Jade River, the traditional garden, water features, exquisite woodwork and artisan Manchurian windows give it a serene feel. The food is, of course, no less impressive.

In the city's CBD Zhujiang New Town and its surrounding areas which are studded with starred hotels, you can have an even larger variety of fine dining choices recognized by the guide.

Awarded two Michelin stars for the fourth consecutive year, Jiang by Chef Fei from the Mandarin Oriental Hotel Guangzhou is arguably one of the city's finest Cantonese restaurants. It boasts to use only the best seasonal ingredients, impeccably prepared according to time-honoured traditions, offering a truly memorable dining experience. 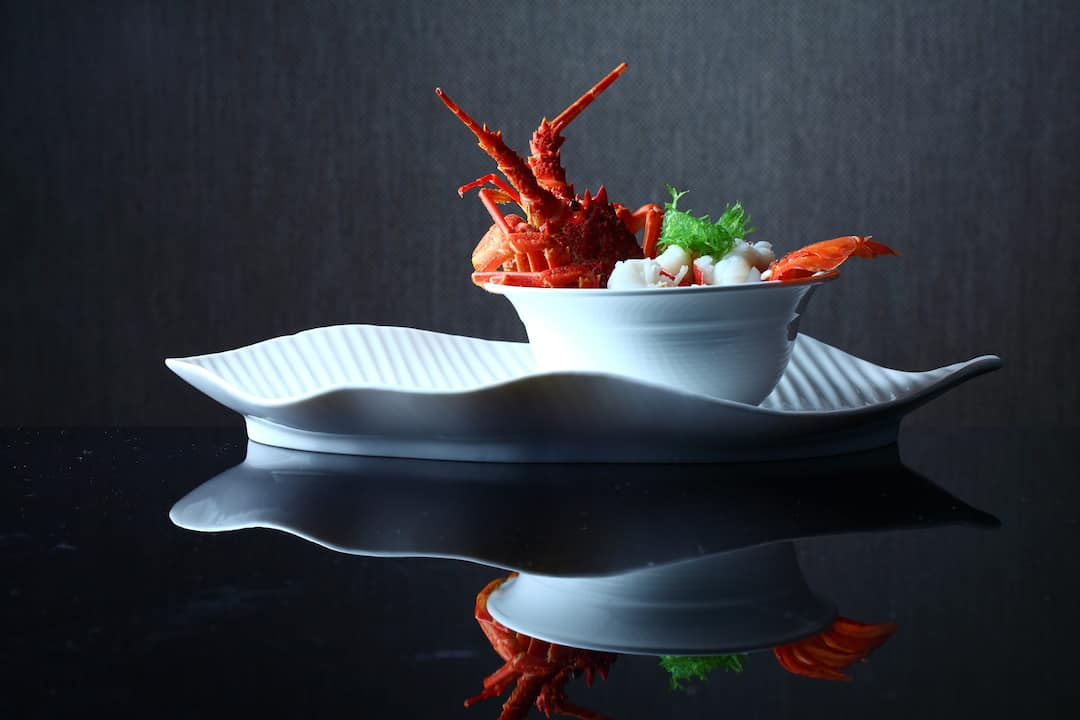 The hotel's stylish semi-buffet restaurant Ebony was also recognized by the 2018 to 2022 Guangzhou Michelin Guide as the Michelin-selected restaurant. Ebony is renowned for its prime cuts, where you can enjoy fresh seafood and other classics. 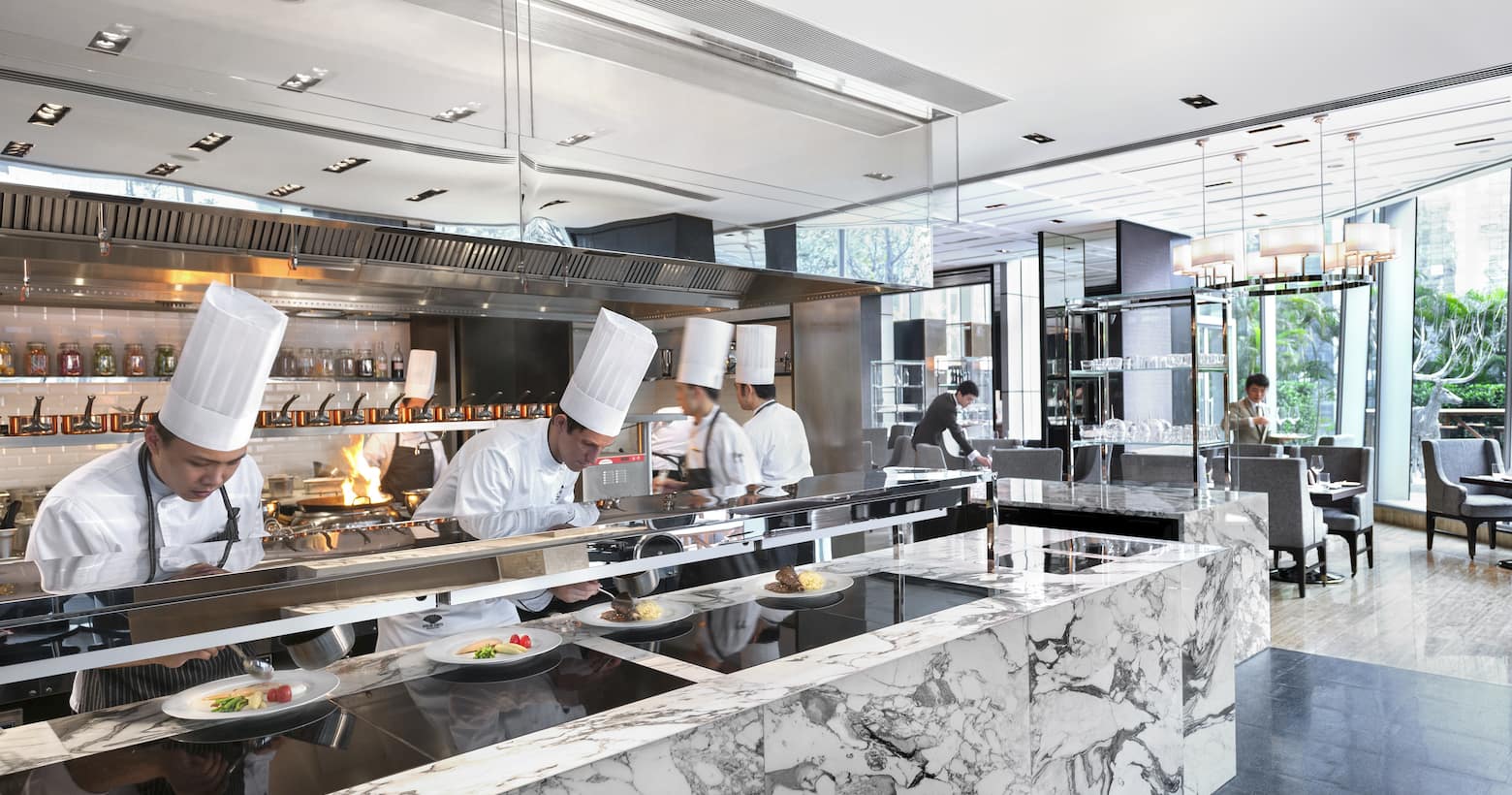 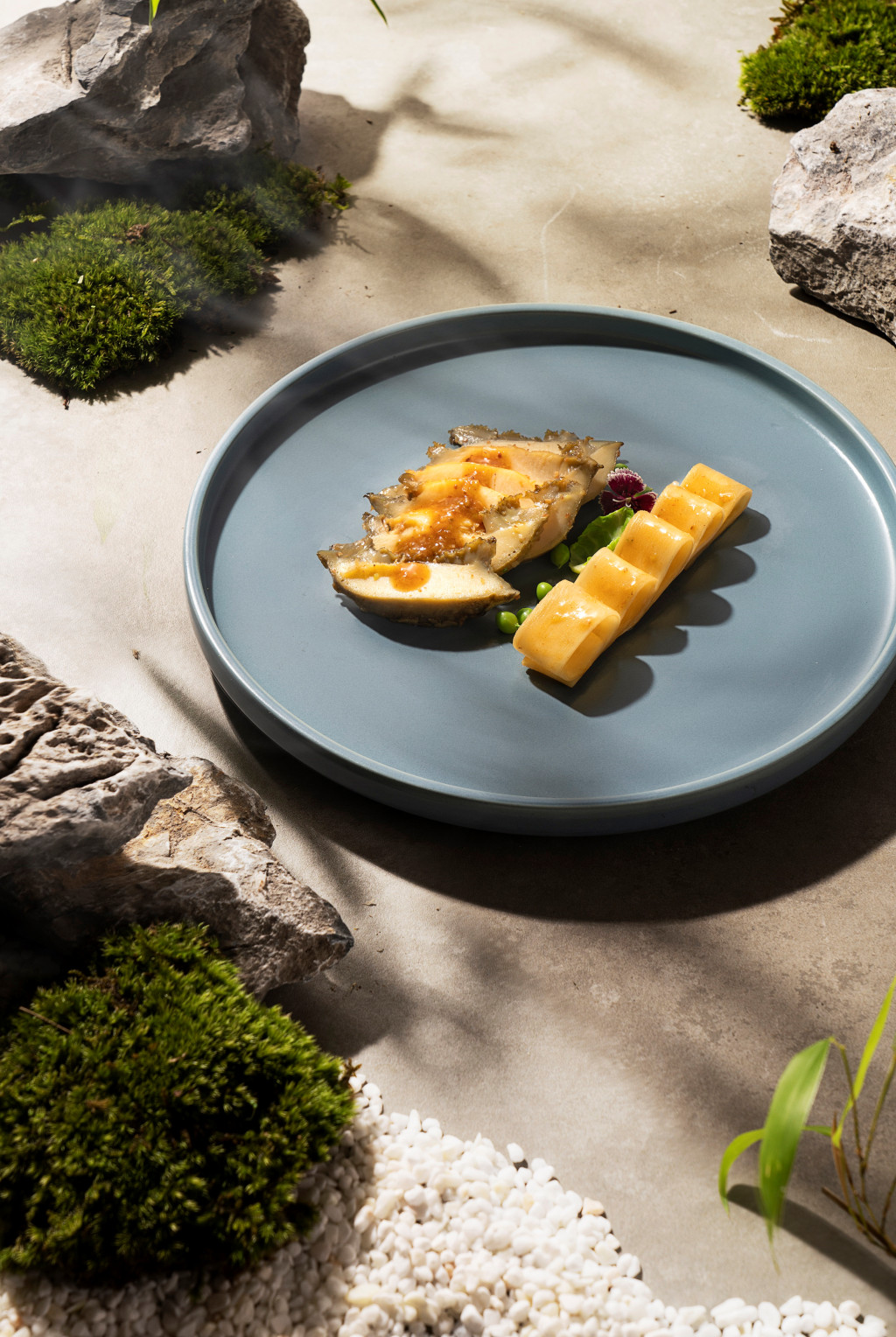 By marrying ingredients locally and from around the world with time-honored Cantonese culinary artistry and techniques, the one-star restaurant presents new interpretations of classic dishes. "As a Guangdong local, in my opinion, the essence of Cantonese cuisine is to respect the ingredients," said Aiden Huang, head chef of the restaurant.

Focusing on simplicity, authenticity, and flavor, the Michelin-selected restaurant with an open kitchen is an Italian dining destination celebrating modern Roman cuisine. Its menu is inspired by childhood memories and Italian food. Chef Diego Ottaviani insists on obtaining sustainable, fresh and seasonal ingredients, giving a refined twist to his dishes. 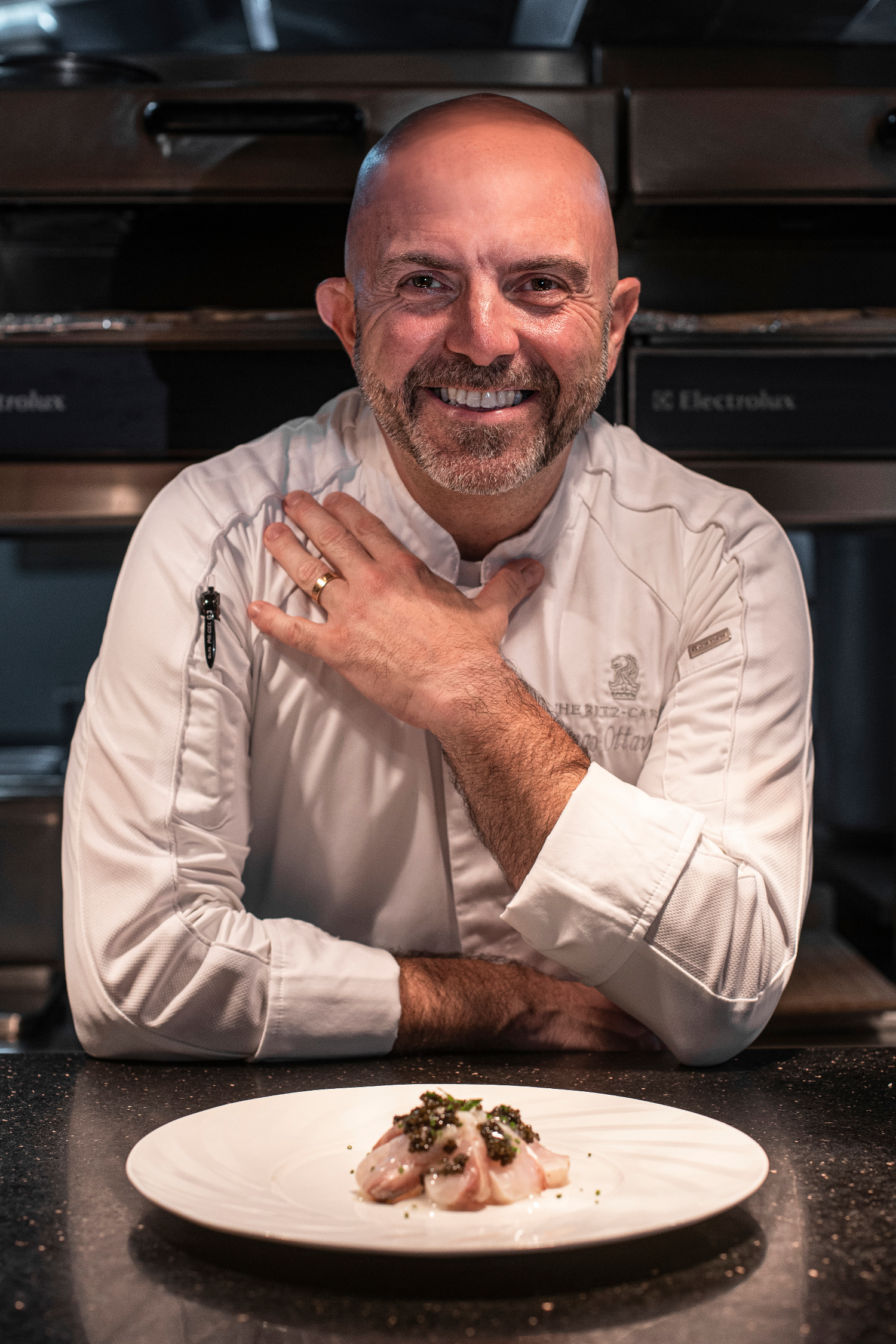 Yu Yue Heen, located on the 71st floor of Four Seasons Hotel Guangzhou, offers authentic Cantonese cuisine with unsurpassed views of the city's skyline and the Pearl River within a tranquil space. Catch's contemporary style combined with a tranquil ambience is the perfect setting for intimate dining, where artfully prepared seafood comes with floor-to-ceiling views. 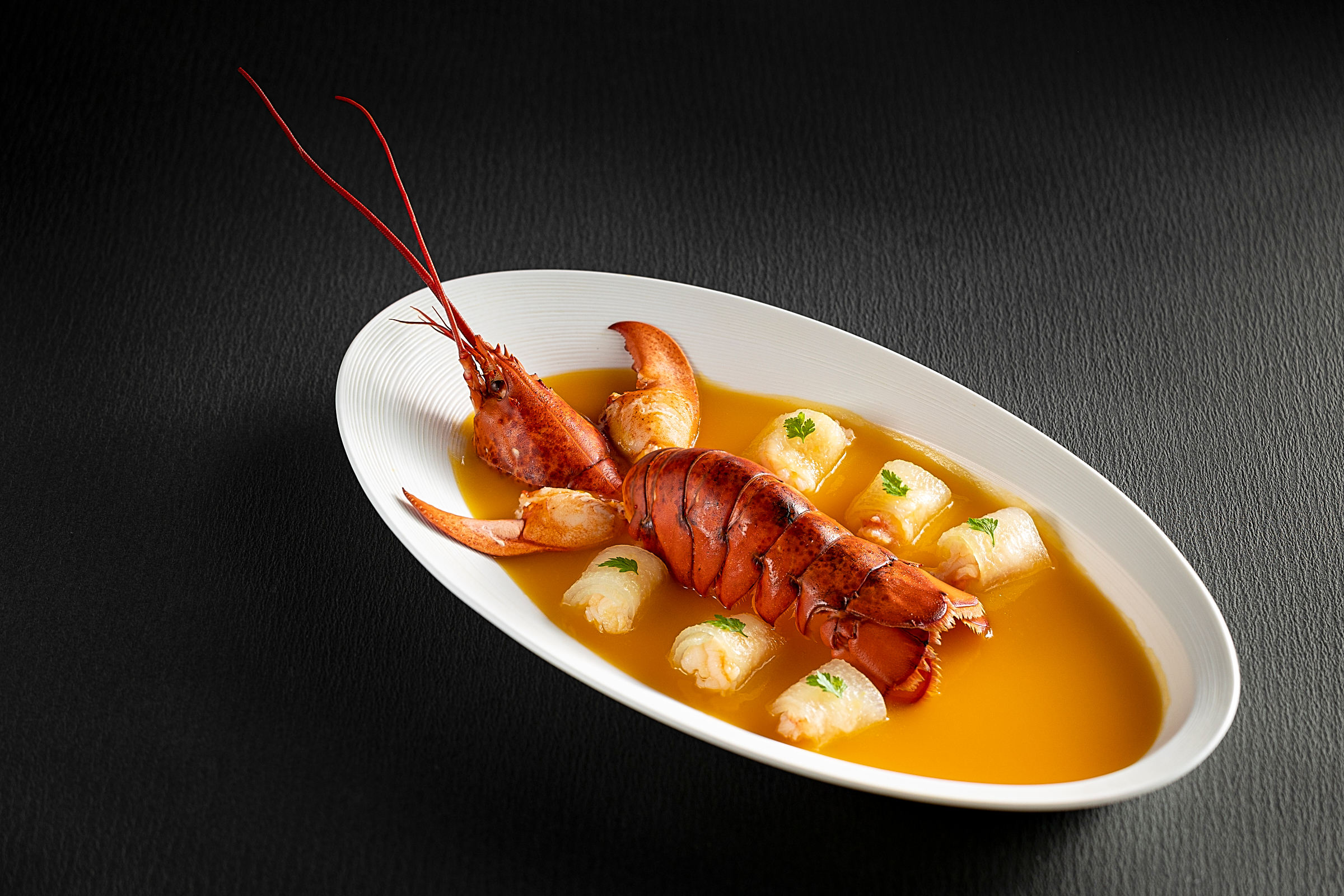 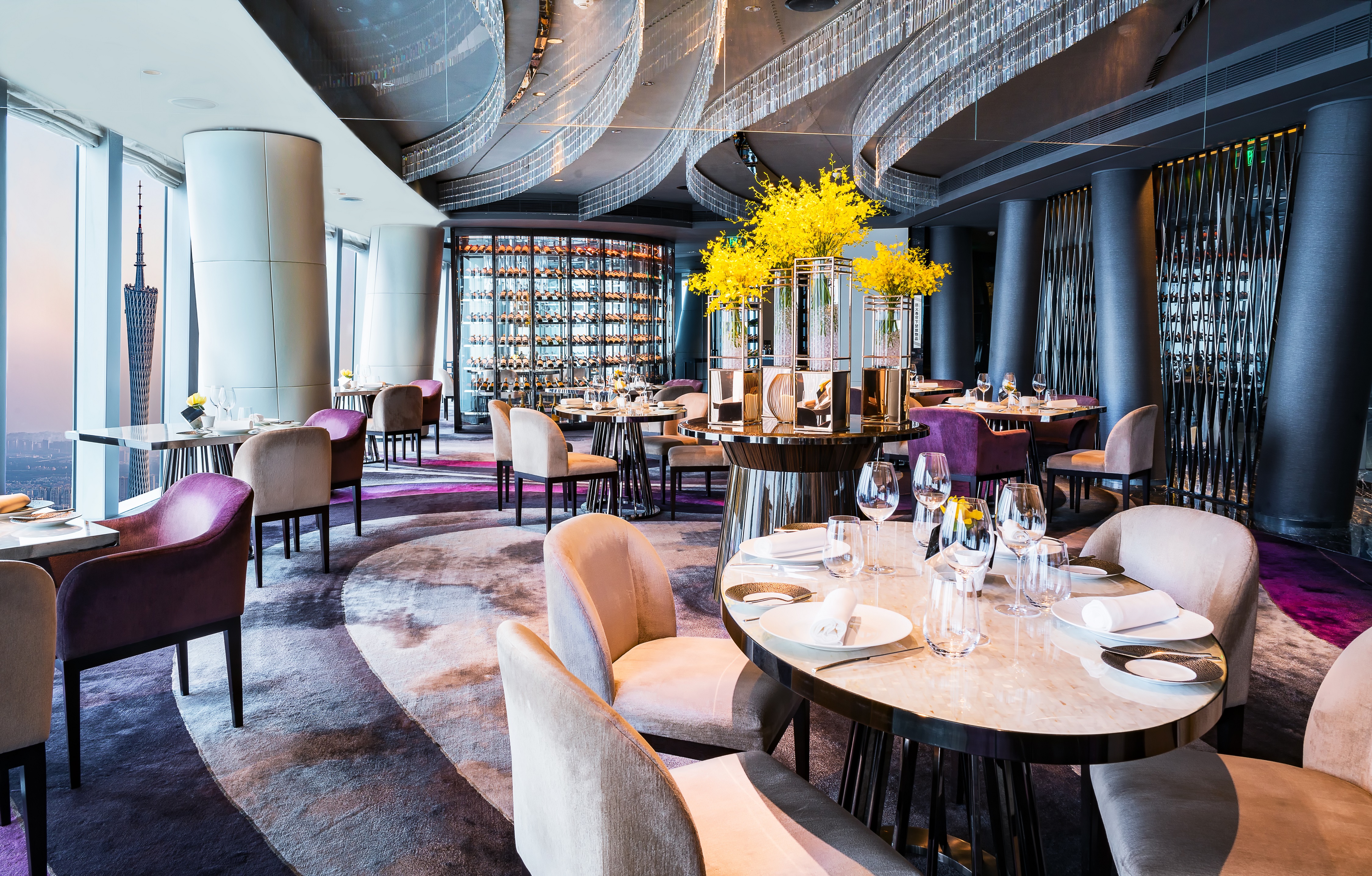 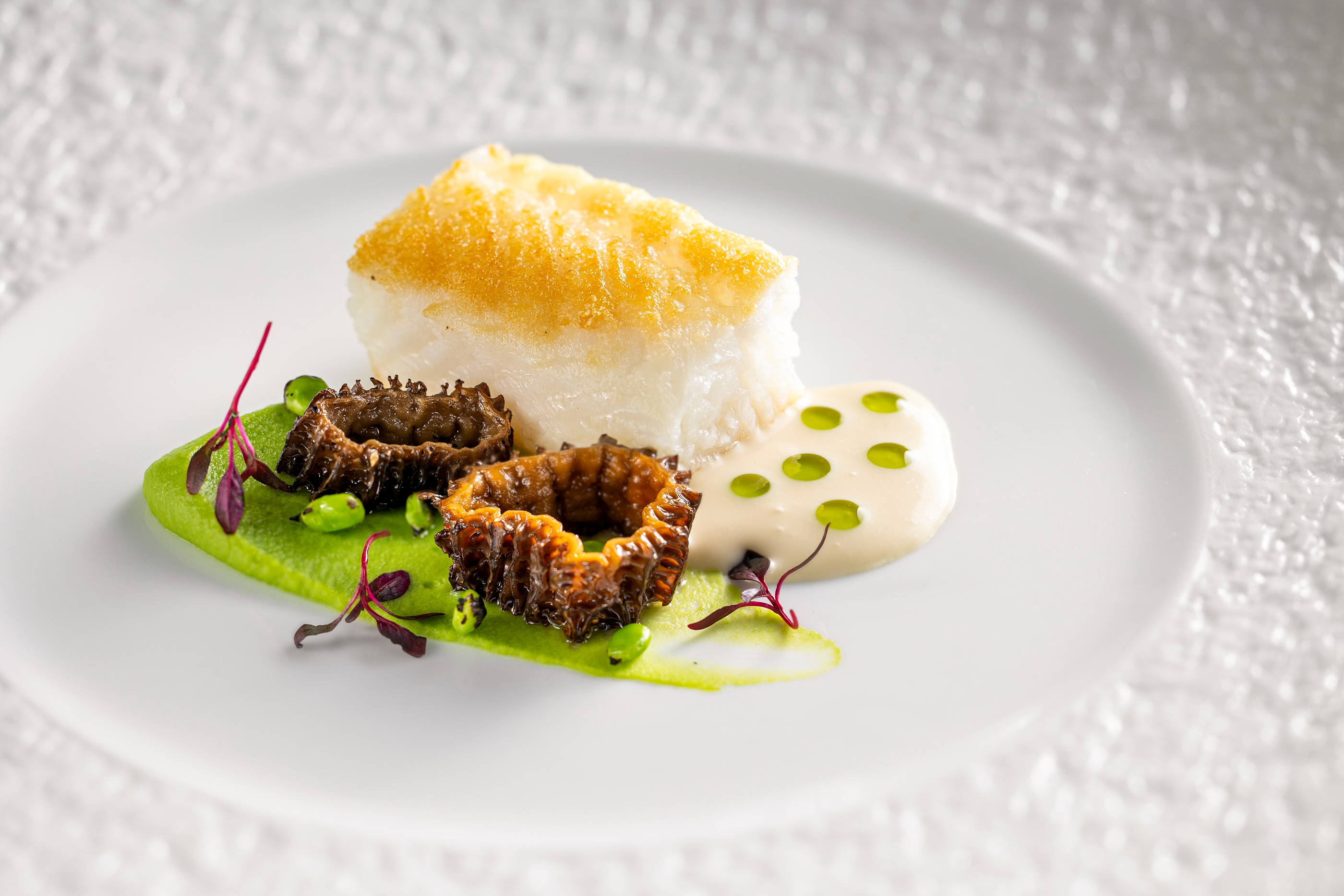 CHAR bar & grill at InterContinental Guangzhou Exhibition Center is awarded the Michelin-selected restaurant once again. It features a chic ambiance with rustic and natural elements, and offers an exquisite selection of contemporary and innovative items on the menu, including premium dry-aged beef steak and top quality seafood. 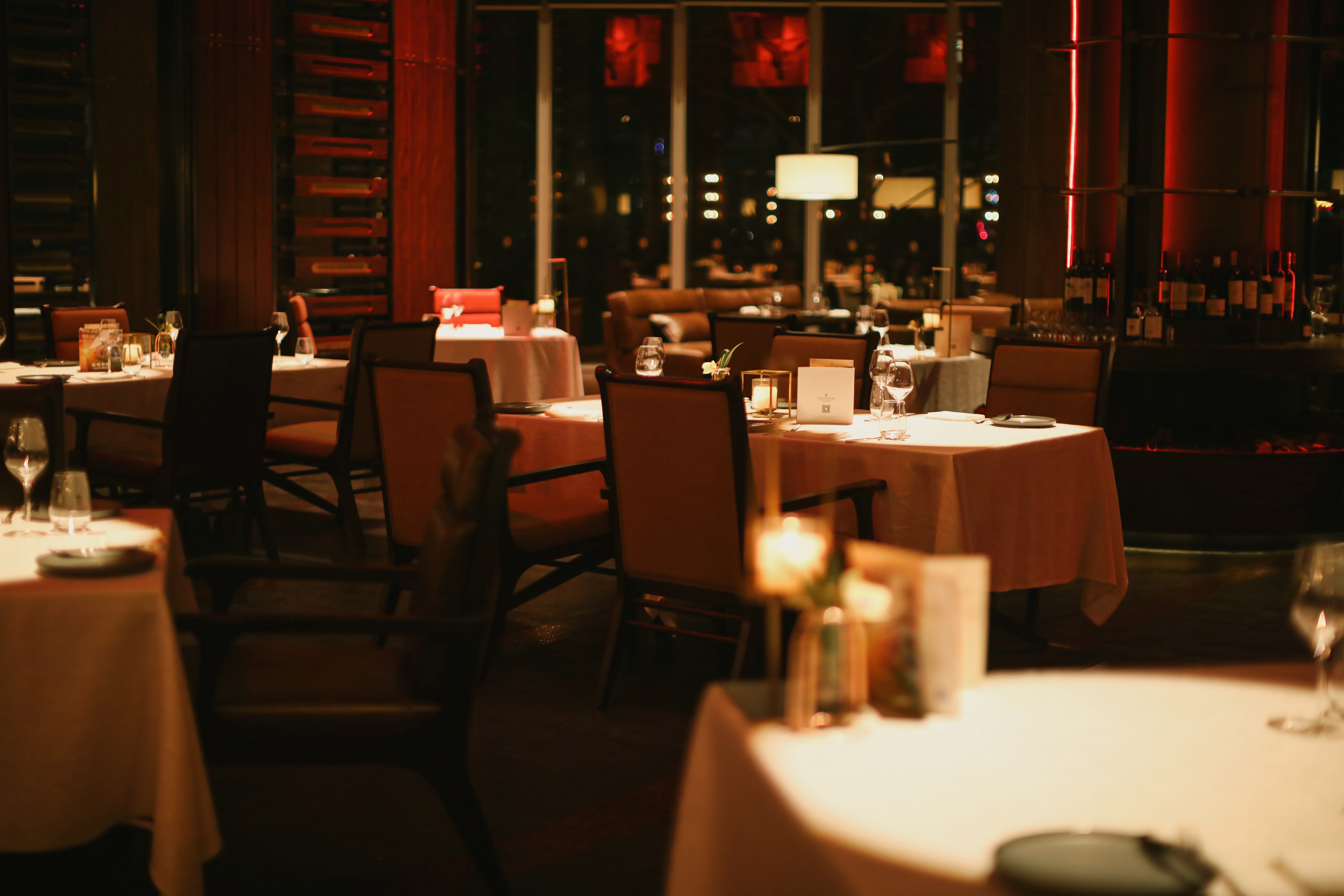 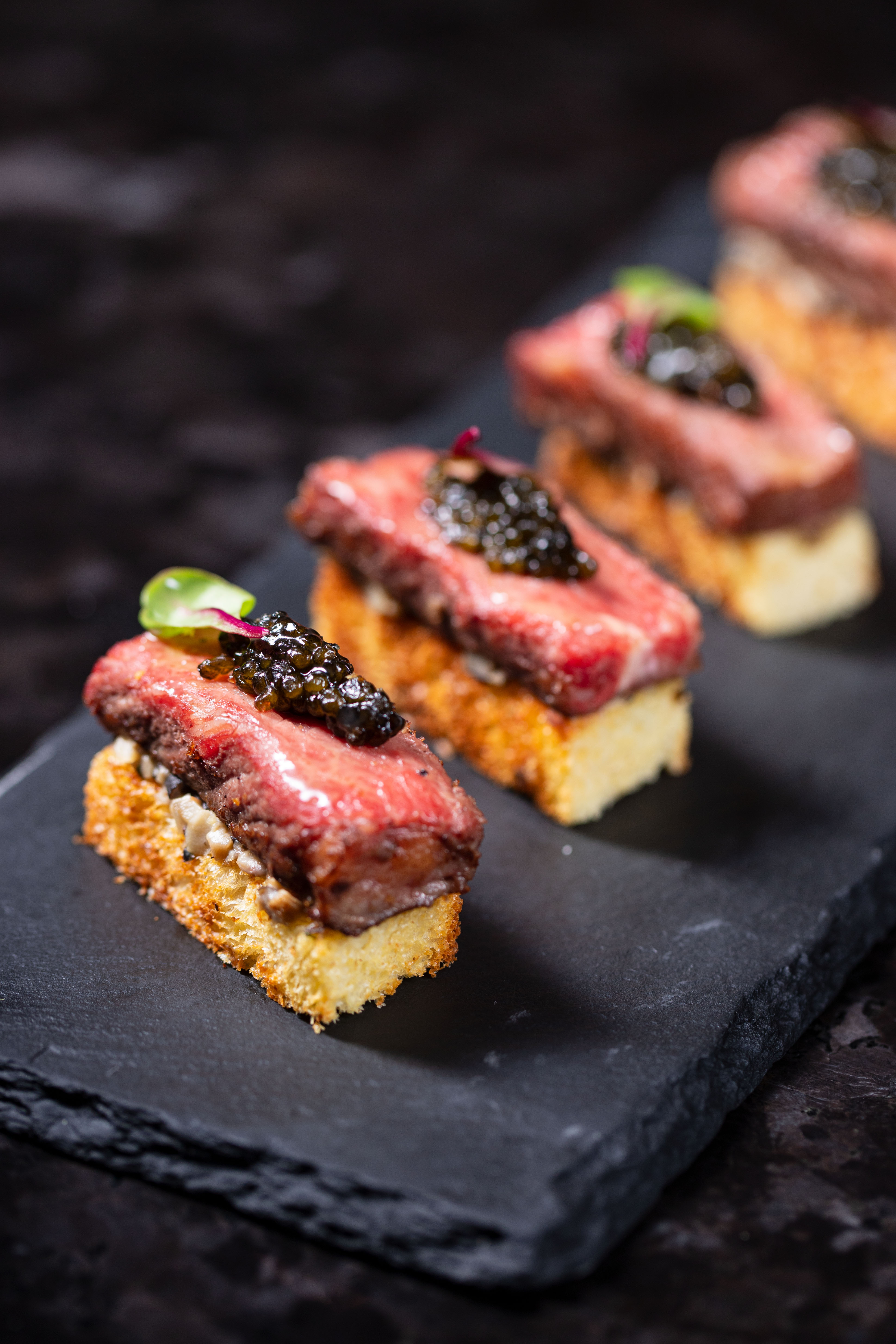 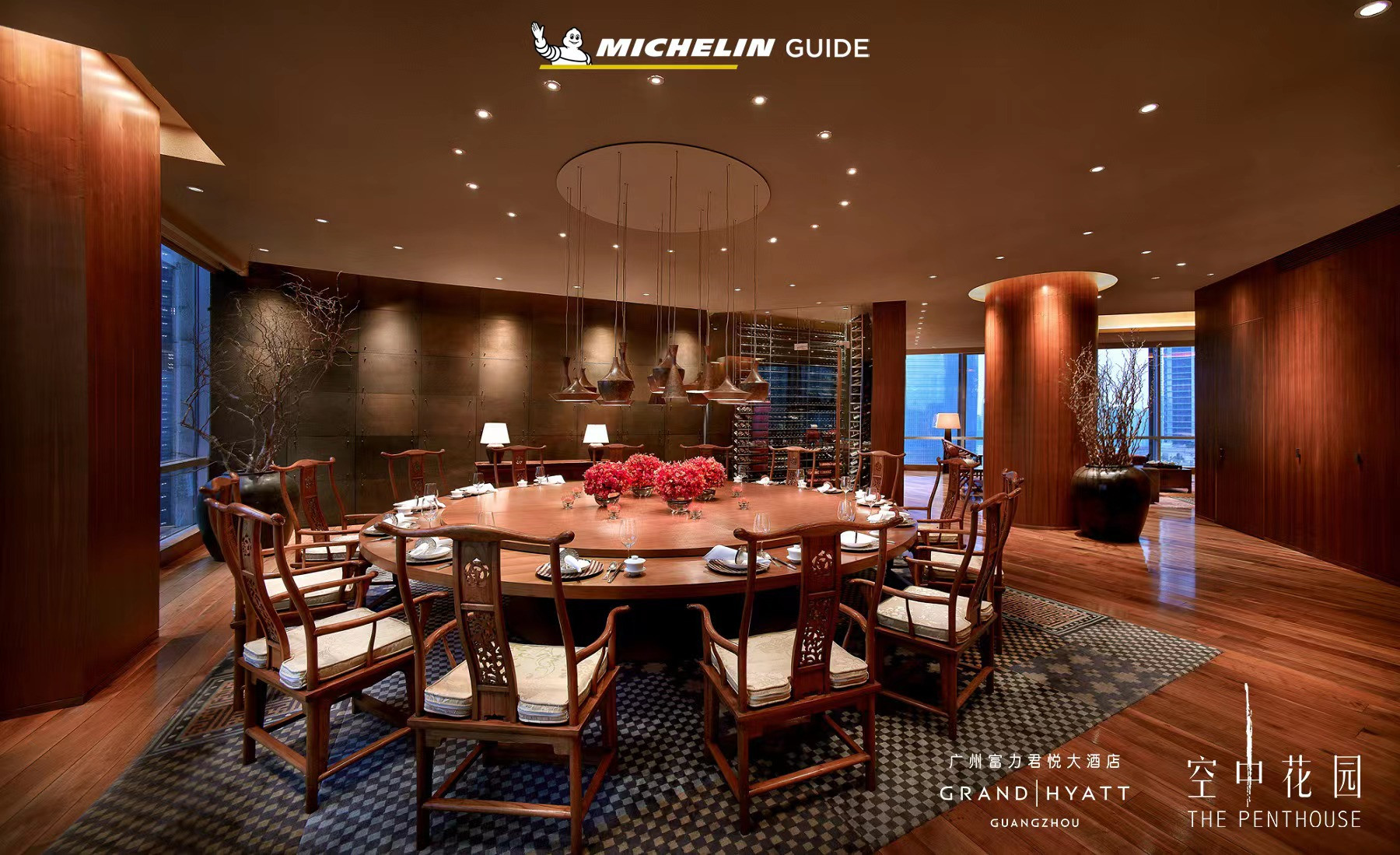 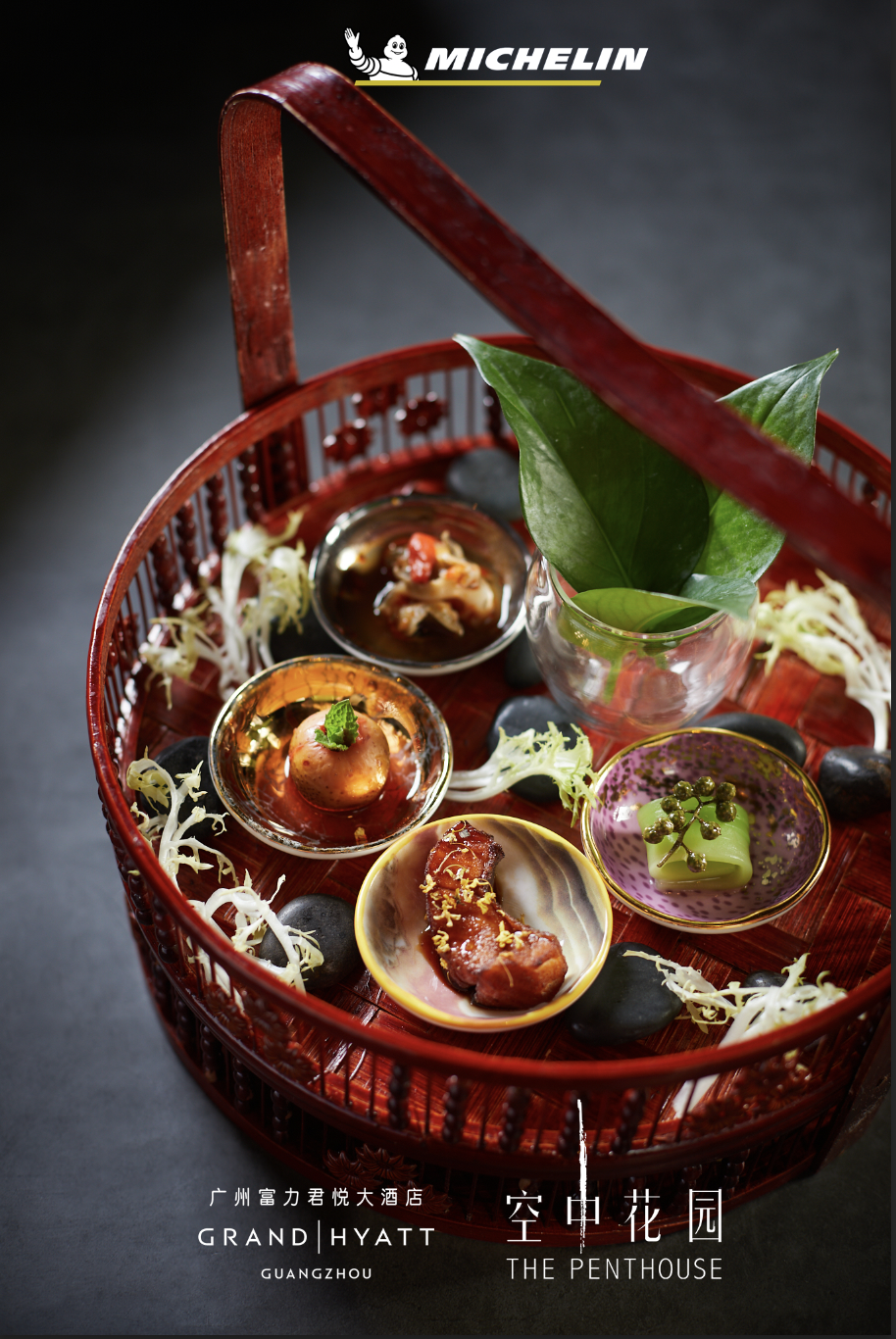