China's consultative governance is more like the origin of democracy: Jerry Grey

In a recent interview with GDToday, Jerry Grey, a British born Australian commentator living in Zhongshan, recalled his cycling trips to Zhangye of western China's Gansu Province in 2014 and 2019. "My wife cycled into a beautiful and modern town. In 2014, this town was in abject poverty. And in 2019 as we ride in, there's a shopping center there, and there's the lake with a footpath around it. This is an incredibly different place to what I had seen just 5 years before."

In a recent interview with GDToday, Jerry Grey, a British born Australian commentator living in Zhongshan, recalled his cycling trips to Zhangye of western China's Gansu Province in 2014 and 2019. "My wife cycled into a beautiful and modern town. In 2014, this town was in abject poverty. And in 2019 as we ride in, there's a shopping center there, and there's the lake with a footpath around it. This is an incredibly different place to what I had seen just 5 years before."

In about 4 months, he will have stayed in Guangdong for entirely 18 years. Grey is currently living in Zhongshan, and he loves bicycling in China and has cycled through almost every region of Guangdong. On Twitter, he shares observations on China with more than 65 thousand followers. 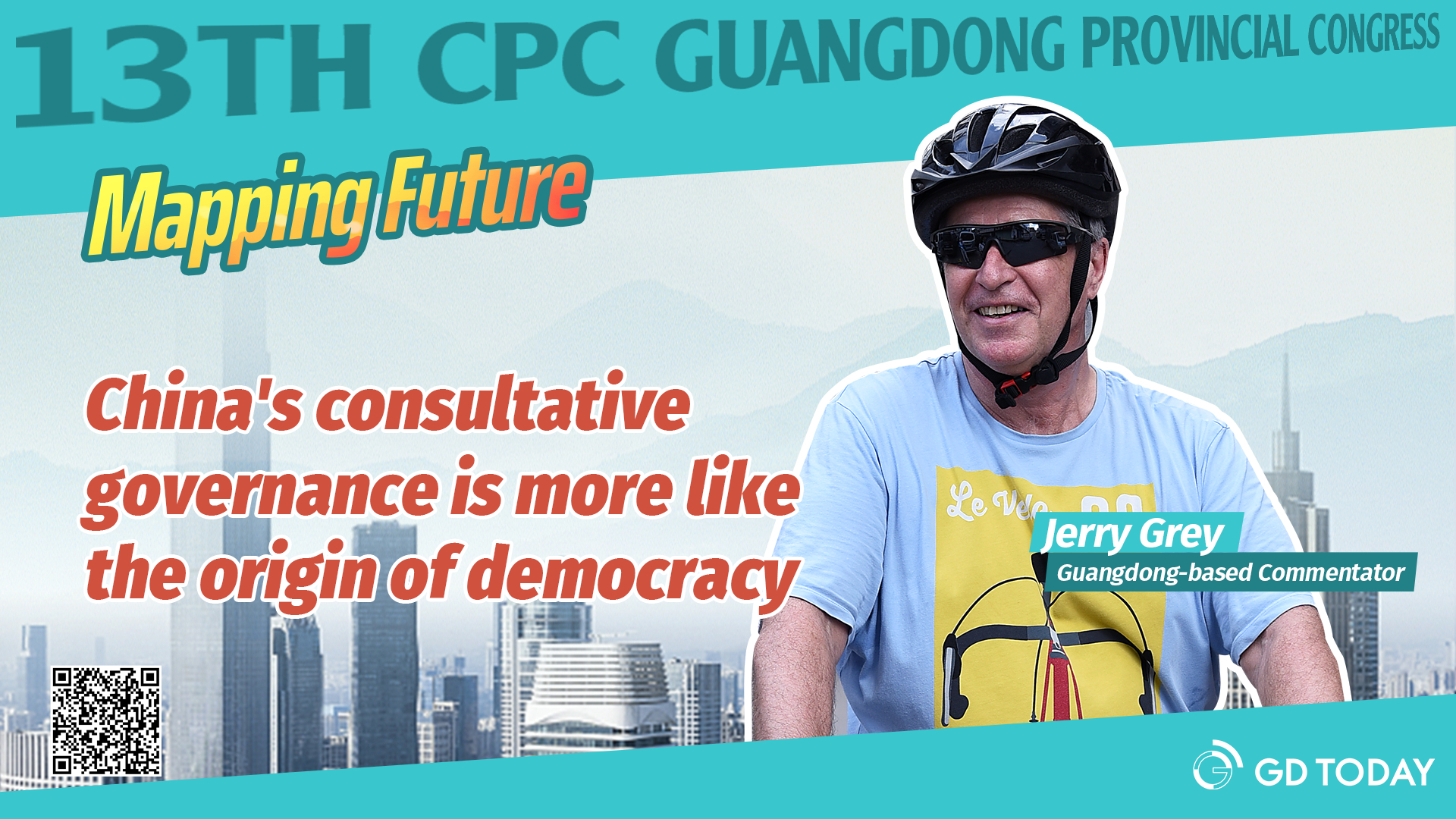 Grey showed GDToday some pictures of the same region in 2014 and 2019, where he witnessed the changes during his cycling trips in Zhangye of western China's Gansu Province. 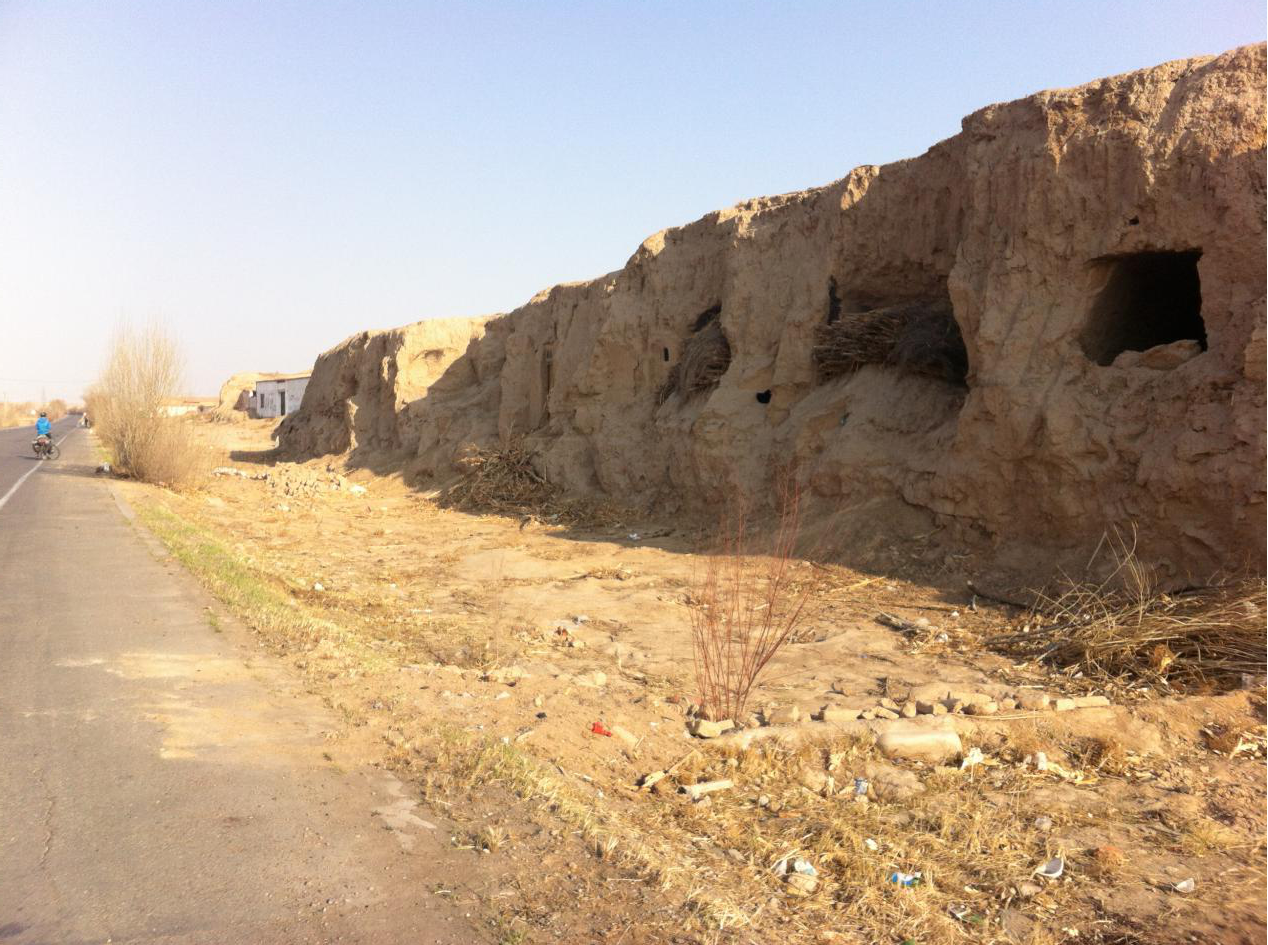 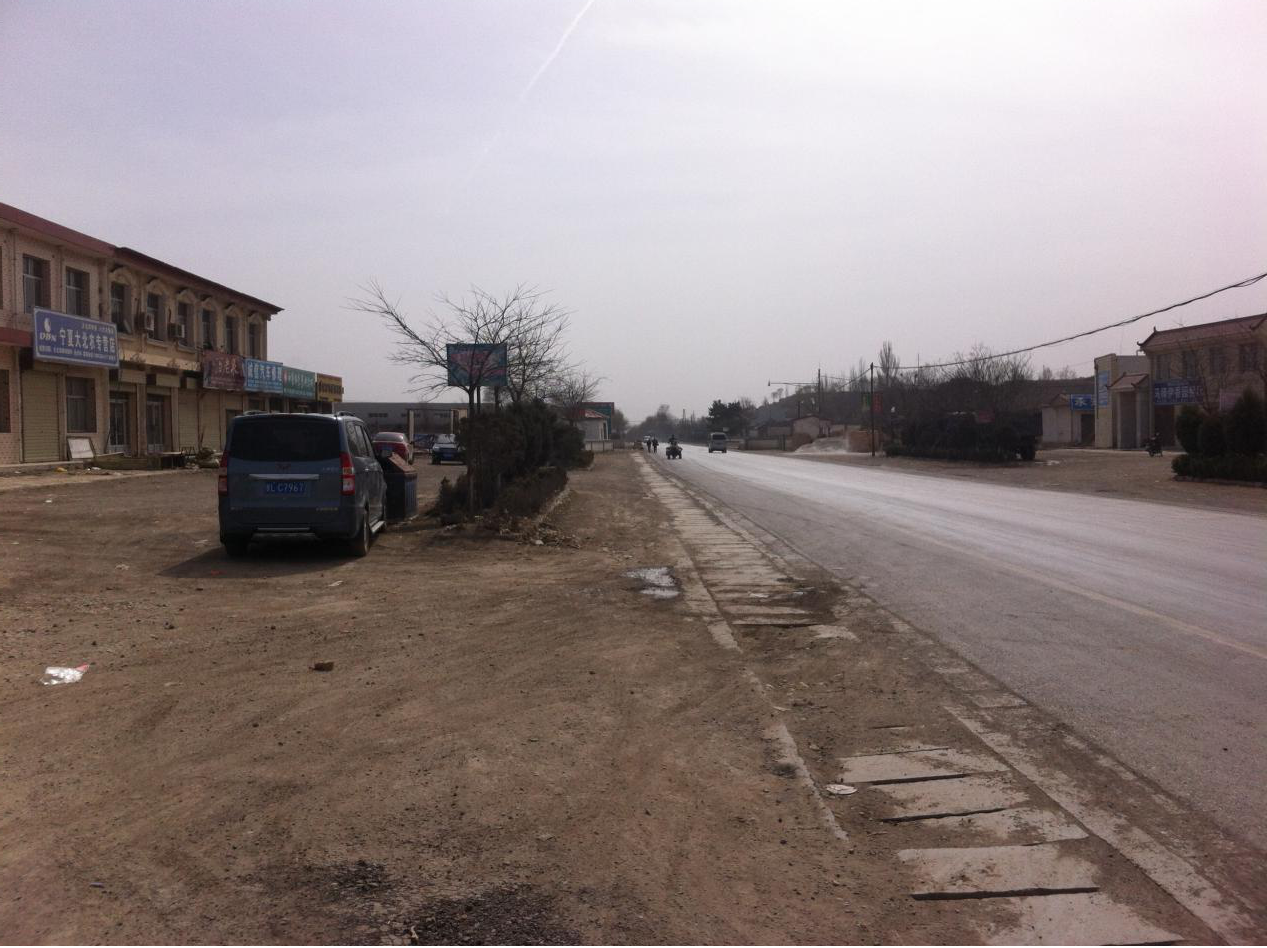 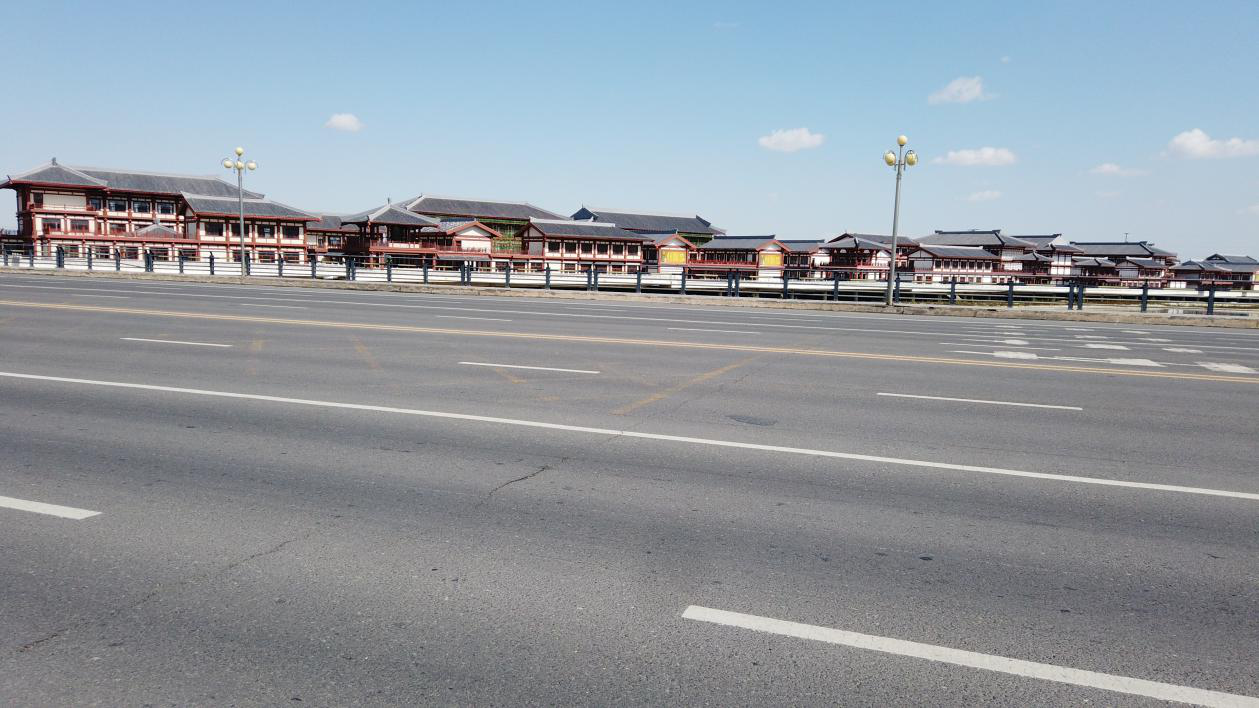 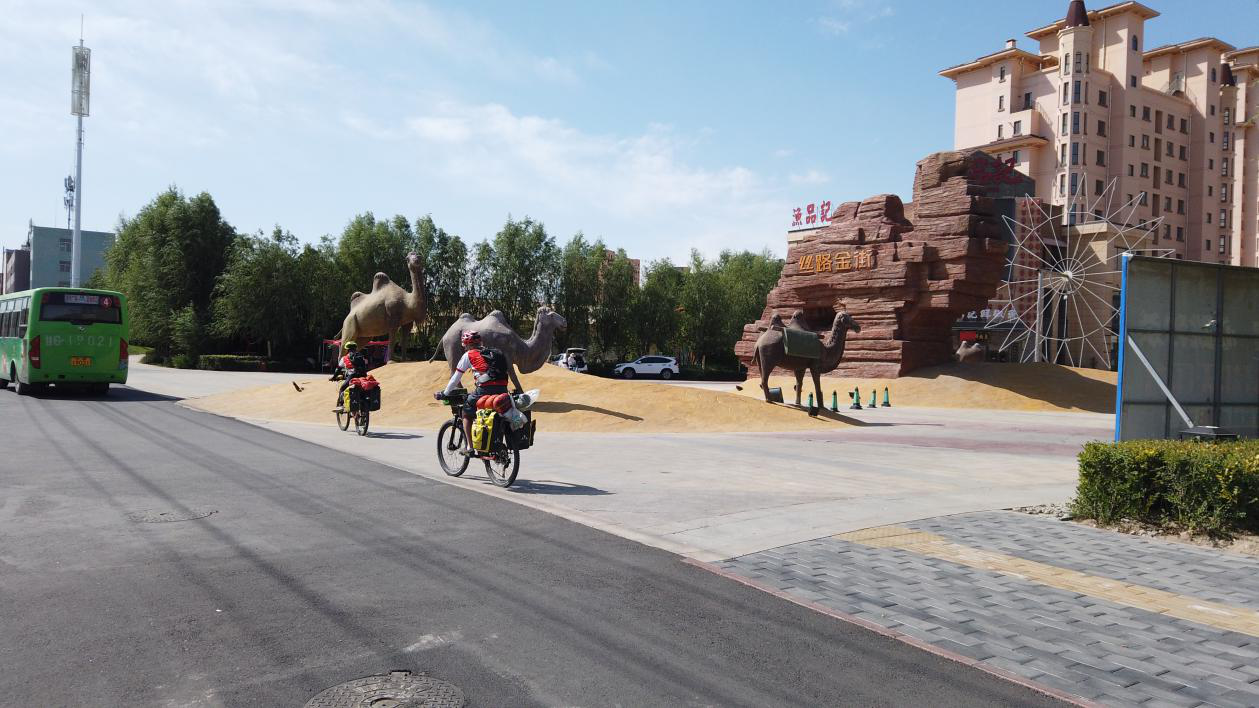 China's consultative governance is for the people and by the people

"China has a completely different process which works by consulting the people." In Grey's opinion, it's for the people and by the people," which has been a source of strength for the Communist Party of China. "China's consultative process is different to what the West call a voting process of democracies for themselves," comments Grey.

A delegate to the Party Congress is selected through strict procedures which involve the nomination of candidates by Party members, a nominee review, public notification of the candidates for feedback, candidate shortlists, and the final vote in each electoral unit. The elected delegate should represent CPC member from all walks of life, and at least 30 percent among whom should be grass-roots delegates such as farmers, doctors or businessmen.

In addition, Grey found more people in the West are going into poverty while people in China are coming out of it. Since 2012, China has launched a large-scale poverty alleviation campaign, 832 counties, 128 thousand villages, and nearly 100 million people have shaken off poverty in 2021.

People's life greatly facilitated in Guangdong over the past years

"I remember when I first came here, I was a teacher working in an international school." Grey can vividly remember the conversation with his students, regarding the transportation in the future in the area. "My students told me that there will be a fast train heading from Zhongshan to Beijing in around 8 hours. I kind of laughed at that and said, 'that's not likely to happen, not in my lifetime anyway.'"

He thought it the same when they told him there will be a bridge to Hong Kong, "Because I knew the geography of the area, and there is a very, very long way across the waters of the Pearl River Estuary. However, a few years later, the two major infrastructures actually opened, facilitating people's travel in the Guangdong-Hong Kong-Macao Greater Bay Area (GBA).

Now, he is also expecting the opening of Shenzhen-Zhongshan link, which will be 24 kilometers long and open to traffic in 2024. The commuting time between the two cities will be cut from 2 hours to 30 minutes.

A school in Yunfu that Grey once did training for also woke up his memories with regard to the changes in Guangdong. Across the road from his hotel was the huge brand-new school, covering an area with 133 thousand sqm, with good facilities for sport and 5G technology for school management. "For me, it epitomizes Guangdong's changes even it's a less-developed city in Guangdong."

The Zhongshan-based bicycler has ridden approximately 5 thousand kilometers a year over the last few years to many different places, and his travels to China's rural areas could be dated back to 2005, where he saw "barefoot doctor" going from town to town with a bag full of injections and medicines. "Now, with clinics and trained medical staff in the town, people's life expectancy in those regions will have increased."

In recent years, Guangdong's medical schools have been advancing general practice as a discipline and in facilities. Since 2014, the training of medical workers for rural areas in east, west and north Guangdong has gained increased financial support, stimulating the enrollment rates year by year.

The other aspect Grey noticed in rural areas is about government working with farmers. "What Guangdong has done quite well is that it's bought a load of machinery, and let farmers rent it at an affordable price."

He added, "Guangdong boasts massive, great big agricultural universities, and the farmers go to university to learn how to better manage their soil. University students also go out to the farms to work there, and this is great."

Greater Bay Area to be highlighted in the next five years

A report was delivered at the 13th Guangdong Provincial Party Congress, and it indicates the CPC Guangdong Committee will focus on 9 key tasks to boost development in the next 5 years.

"One of the tasks I really like is culture," Grey expressed his expectation about it, adding "Culture is important in terms of the economy, as well as in terms of the lifestyle and the living conditions of people, and China is very good at recognizing intangible cultures and promoting them."

According to Grey, on the other hand, what's probably the most important aspect among the 9 tasks, is the GBA. With the Qianhai Shenzhen-Hong Kong Modern Service Industry Cooperation Zone and Guangdong-Macao In-Depth Cooperation Zone in Hengqin, Guangdong, Hong Kong and Macao are integrating in finance, internet, intellectual property, and the security laws.

"I can see this being incredibly useful for the youth of Hong Kong and Macao, where lots of opportunities for them are on the mainland." Meanwhile, in the Pearl River Delta cities, for example, Foshan and Zhongshan, Grey noticed more and more incubators are there for young people to develop their careers.

"China is on the way to being better; whereas the West is on the way to getting worse. There are the statistics proving this, however, you don't need statistics, you'll see when walking around in any city of the West, with rubbish not cleaned up and bored people paint graffiti on the walls which are never covered up."

In 2021, Guangdong's GDP reached 12.4 trillion RMB while keep combating the COVID-19 pandemic, which is China's first province to have its GDP exceeding 12 trillion RMB.

In spite of the toing and froing COVID-19 outbreaks, China has rolled out incentives at the macro-economic level to stimulate economy due to China's quick and effective response under the dynamic zero-COVID policy. Meanwhile, at the micro-economic level, individuals are gearing to an economy featuring flexibility and vitality, according to Grey.

"With nucleic acid tests within a 15-minute walk, when I went for my last test, it took no more than 30 seconds from the time I arrived there." Having seen the death figures of the West, and even his family members' infections of coronavirus, he believes it's the right thing to do to contain COVID-19 with dynamic zero-COVID policy.