In the first three quarters of 2022, Guangdong has achieved further growth in terms of major economic indicators. The economy picked up with sound momentum during the last nine months.

From January to September, the province’s gross domestic product (GDP) reached 9172.32 billion RMB, up by 2.3% year on year. This figure was 0.3 percentage points faster than that of the first half year, according to data released by Guangdong Bureau of Statistics on October 27.

Here are the highlights: 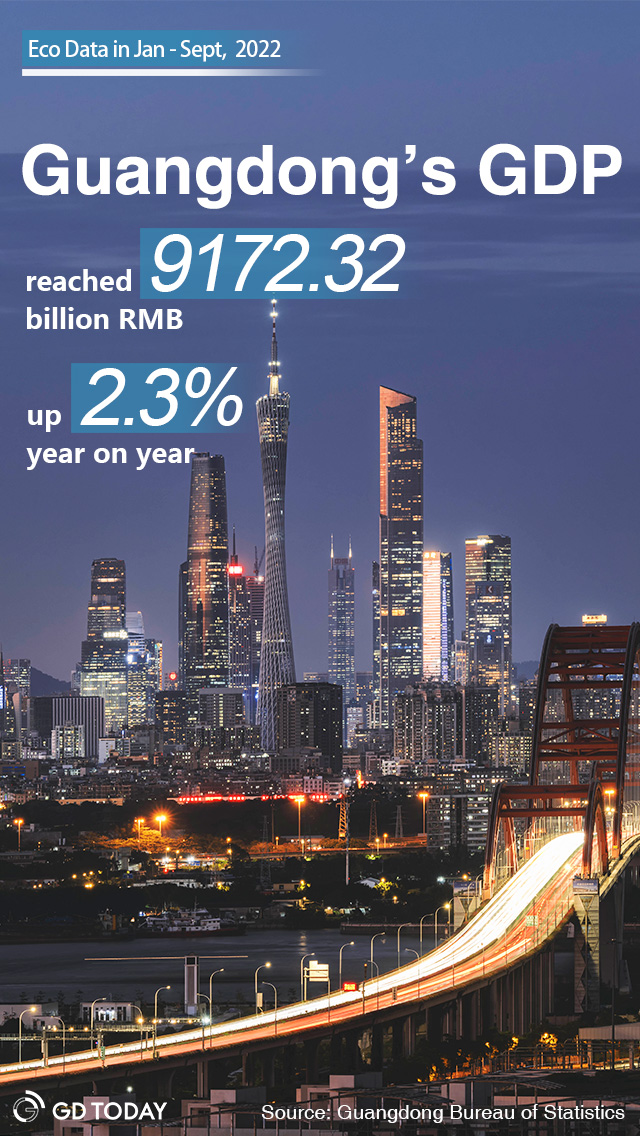 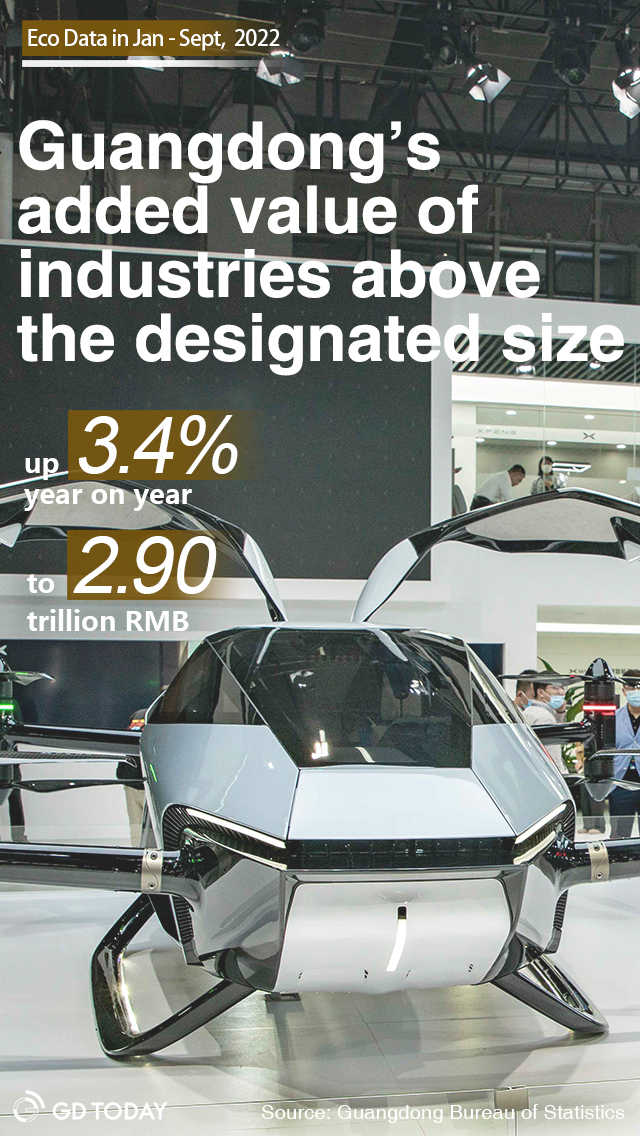 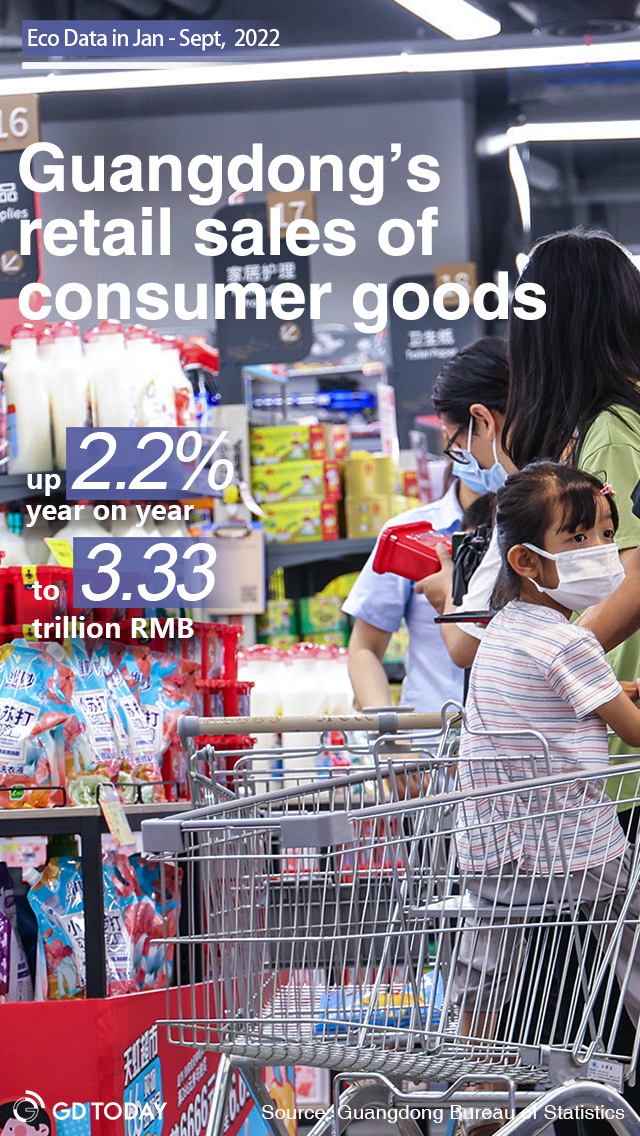 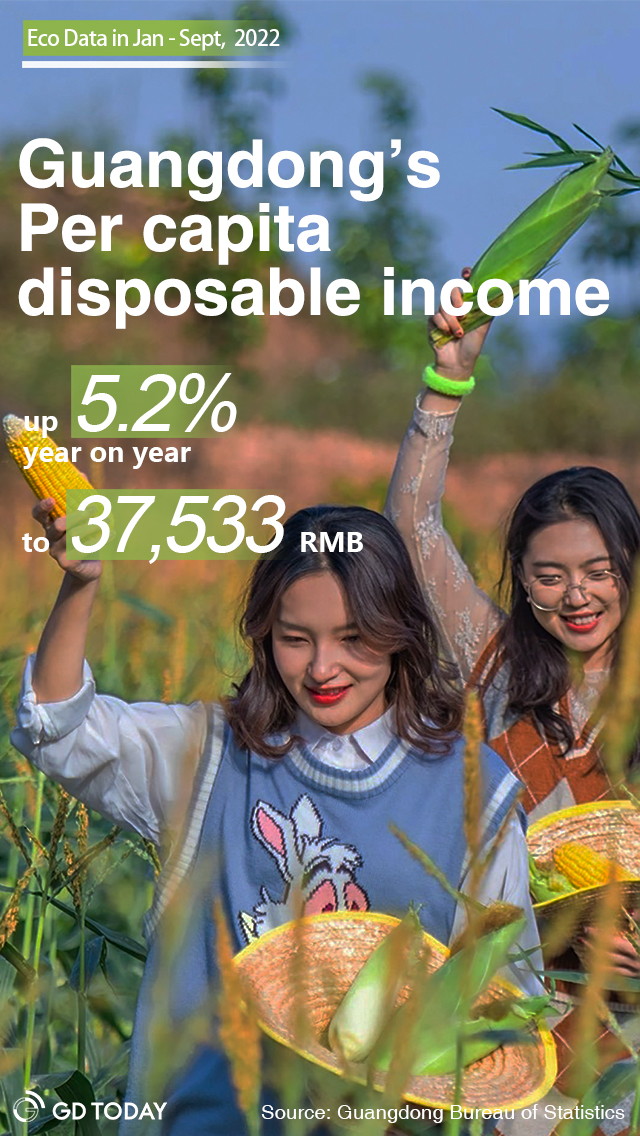 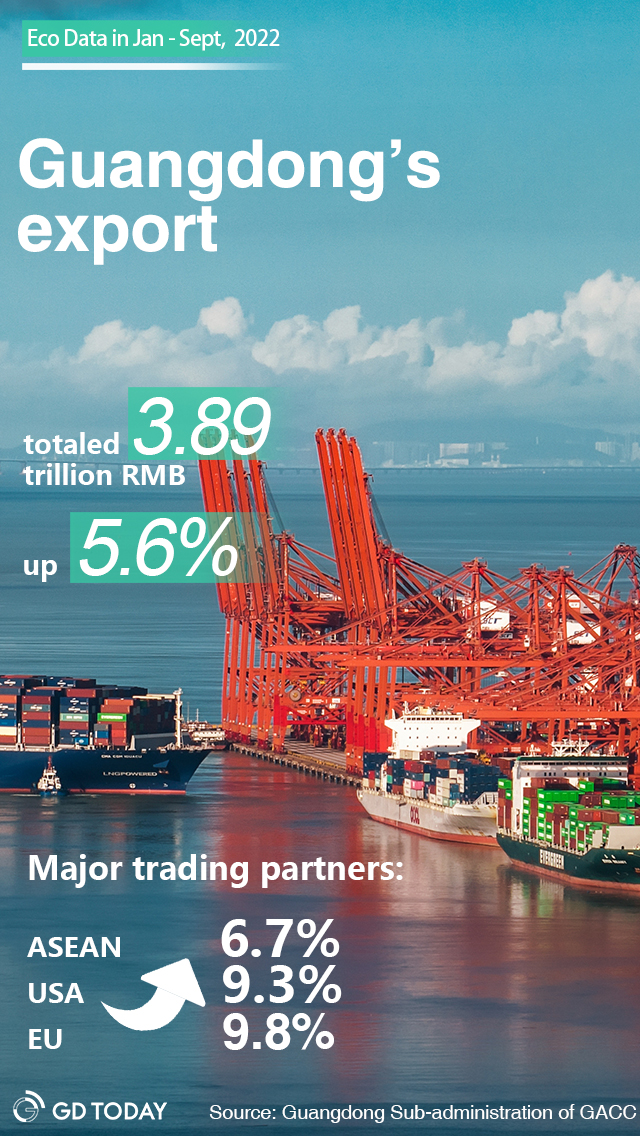