20 years after the U.S.' War on Terror, what are the "accomplishments"?

20 years ago, on the morning of September 11, terrorists, allegedly from Osama bin Laden's militant terrorist group al-Qaeda, hijacked U.S. commercial airliners and crashed them into the twin tower of
.

20 years ago, on the morning of September 11, terrorists, allegedly from Osama bin Laden's militant terrorist group al-Qaeda, hijacked U.S. commercial airliners and crashed them into the twin tower of the World Trade Center, shocking the whole world.

In the aftermath of the calamity, the U.S. launched the war against Afghanistan on the grounds that the Taliban government was harboring members of al-Qaeda.

20 years passed, what has happened to Afghanistan?

In 2001, 20 terrorist attacks happened in Afghanistan, where 177 people died; 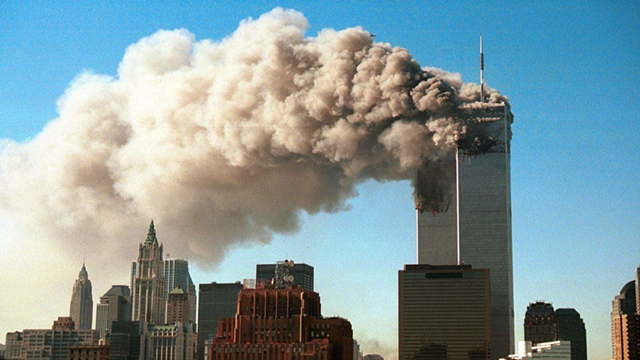 The 20-year war in Afghanistan has not contained terrorism but intensified the conflicts between the ethnic groups and the government.

What's more, the world at large is still suffering from heavy casualties of terrorist attacks. In 2019, 8500 terrorist actions were carried out across the world and 14,800 innocent people died from these attacks.

It's not as though nothing has been achieved. From 2014 to 2019, the number of terrorist actions has decreased in 5 consecutive years, and the terrorist attacks have declined by 50 percent with a 54 percent drop of the death toll by 2019.

More countries are now dedicated to counter-terrorism, including China. As of July this year, China has acceded to 12 international counter-terrorism conventions and has engaged in relevant exchanges and cooperation with dozens of countries.

Nevertheless, there is still a long way to go before we eradicate the terror from the world.

Global counter-terrorism efforts are interspersed with the competition of political interests. Some countries set double standards and intervene in the internal affairs of other countries in the name of "human rights" and "counter-terrorism", which further complicates the issue.

Force, sanctions, suppression, and discrimination have never been the solution to terrorism. Only if we discard prejudice, accept pluralism, encourage dialogue among different cultures and civilizations as well as support through economic and genuine humanitarian aid, will the peace and development of the world defeat the terror at the end.