"The feedback we received from audiences, jury and press were all positive for the film," Rodney Uhler, AIF's Director of Programming said in an exclusive online interview with GDToday & Newsgd.com, "One of our jury members called the film 'the discovery of the festival'."

For fans of animation and lion dance, a recent treat you can't miss is the long-awaited epic I AM WHAT I AM (雄狮少年), which is now being publicly screened in Chinese cinemas starting from last Friday, December 17, 2021.

Click on the video to watch the trailer of I AM WHAT I AM. (Video provided to Newsgd.com)

Set in Guangdong province, the film is about the growth of a left-behind teenager named Juan who participates in a lion dance competition in the province's capital city Guangzhou with his friends after being trained by a master. It depicts how an ordinary adolescent courageously pursues his dream.

Unlike most Chinese animated films today, which are based on fairy tales, myths or ancient legends, I AM WHAT I AM has a realistic flavor, which is rare to see in the animation genre in China. 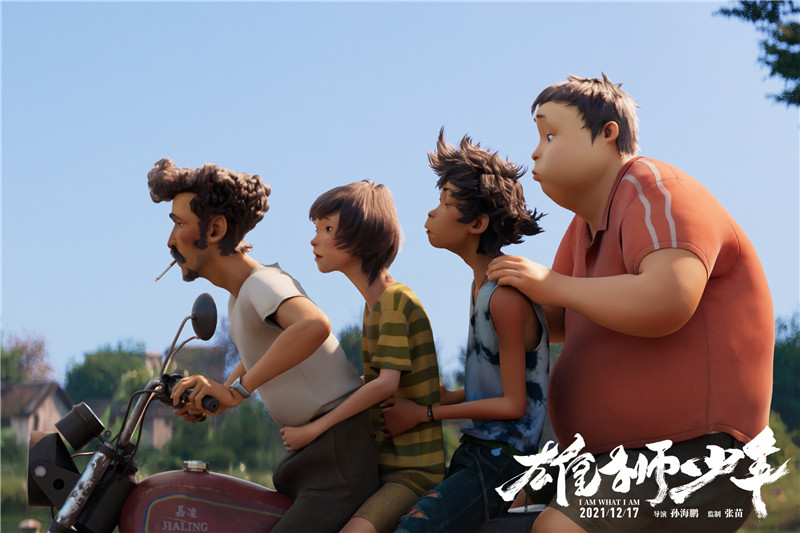 A still photo of the movie I AM WHAT I AM (Photo provided to Newsgd.com)

A gentleman who watched the noon screening at the Flying Cinema of GT Land Plaza in Guangzhou on December 17, told the reporter that he scored a 9 out of 10 for the film because he thinks the film is really well-made and full of the unique vibe of Guangdong, its story is also down to earth.

With rave reviews online, exemplified by 8.3 of 10 points on Douban, one of the country's most popular online review aggregators, some industry analysts estimate the film has the potential to be the cinematic dark horse of the upcoming New Year movie season.

The animated film has hauled in over 70.15 million RMB in box office over the first five days, as of 4pm on December 21, according to China's leading box-office tracker Maoyan.

"The discovery of the Animation Is Film Festival"

Before its official premiere in China, I AM WHAT I AM participated in the Animation Is Film (AIF) Festival as the only representative from China. It was screened at the TCL Chinese 6 Theatres in Hollywood, Los Angeles County, in the U.S. state California on October 24, 2021 during the festival. 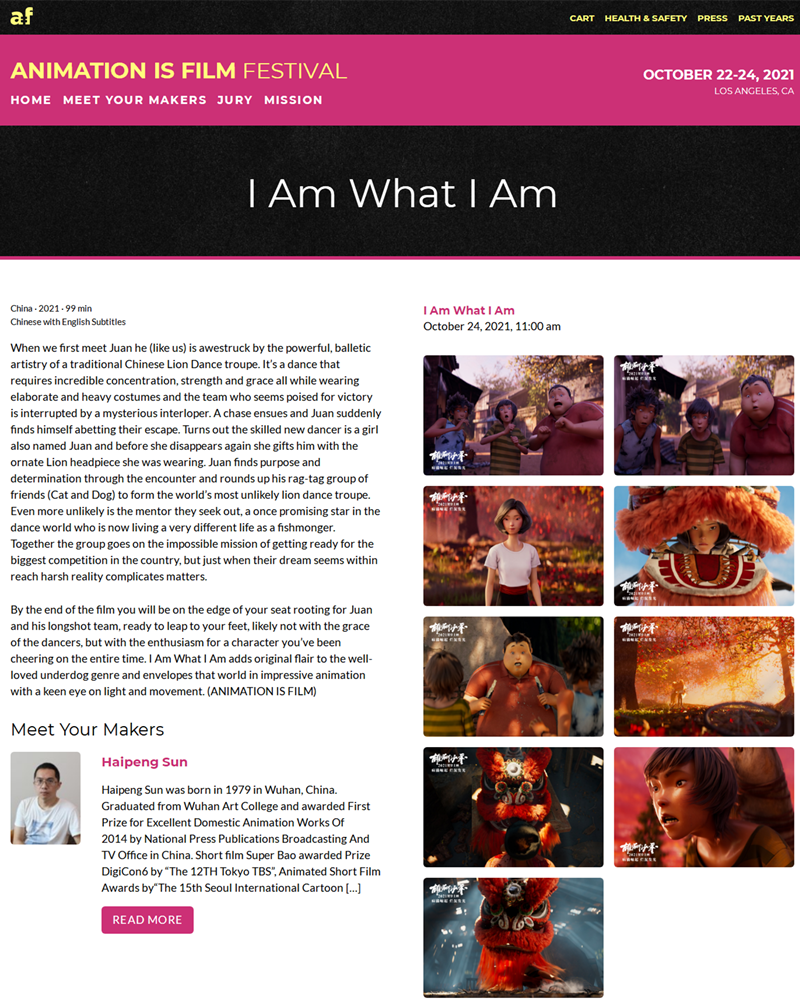 A screenshot of I AM WHAT I AM being featured on the official website of the Animation Is Film Festival.

Though the film lost out, it has aroused a lot of expectation in both China and abroad.

"The feedback we received from audiences, jury and press were all positive for the film," Rodney Uhler, AIF's Director of Programming said in an exclusive online interview with GDToday & Newsgd.com, "One of our jury members called the film 'the discovery of the festival'."

Uhler was charmed by the film even though he watched the film half-finished through an online screening link on his laptop, and he was jealous of the audiences who were able to see it for the first time on a big screen in the heart of Hollywood.

"What struck me the most about I AM WHAT I AM was its characters and the quality of animation. You rooted for these characters, which is important in any film but particularly one with a story based on a competition or clearly defined end goal. You understood and sympathized with their obstacles and insecurities and cheered when they overcame those same challenges," Uhler said.

"The film is a story of growth not just for youth. While the protagonist and his friends have clear growth, it is alongside that of their mentor. The lessons shared in the film are not limited to the young," Uhler shared with the reporter, "This helps make the film relatable. You can remember when you experienced something that forced you to 'grow up,' but you're reminded that that is an ongoing process that has no set end date."

A still photo of the movie I AM WHAT I AM (Photo provided to Newsgd.com)

In Uhler's opinion, the film also has high artistic ambitions. "The detail, particularly in how they depicted light and movement was remarkable. The filmmakers were not solely interested in creating something realistic as well, they had clear style, which added to the overall expression of the film," Uhler pointed out, "All of this is even more impressive when you take into consideration that we judged the film prior to it being complete."

What's more, Uhler spoke highly of the visually arresting scenes of lion dancing, a centuries-old folk art mostly to celebrate Chinese Lunar New Year. He explained that the lion dance provides a great opportunity for the film to express its vivid visuals, and audiences, previously unfamiliar with the art form, can quickly understand how complex it is and why it would be seen as such an accomplishment for these characters. "The rich designs of the costumes and elaborate movements are particularly well suited within animation where the visual possibilities are endless, and allow for some exaggeration of what is possible in real life." 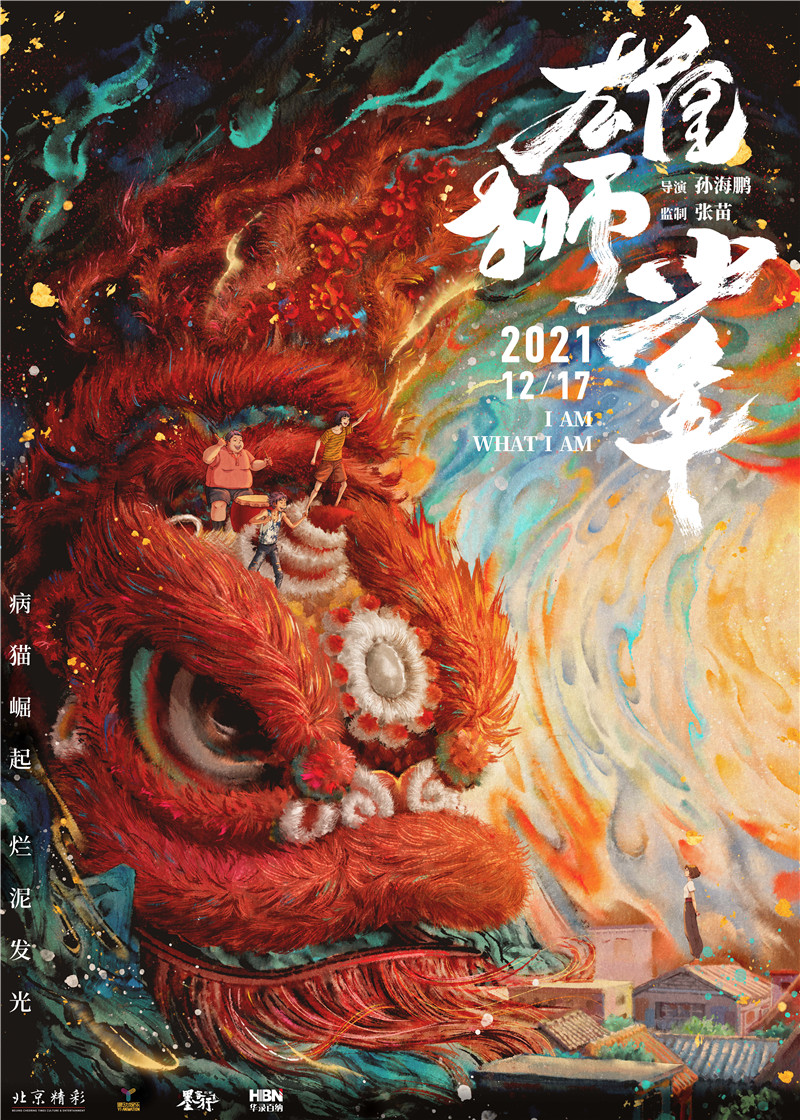 A poster of I AM WHAT I AM (Photo provided to Newsgd.com)

According to Uhler, each film that they select for the festival has to individually have something special that makes them want to share it with audiences, but they also aim to ensure their selections - as a whole - are well rounded and provide a diverse selection of stories, styles and points of view. "I AM WHAT I AM was one of these films that we felt offered a lot on its own but was also quite different from anything else we were showing this year."

Over the years, Uhler and his team have been, and remain deeply impressed by the animation that is being recently produced in China and are excited at the prospect of what is to come in the future. In 2019 they presented four films from China: Ne Zha, White Snake, SHe, and No. 7 Cherry Lane. He disclosed that while not a comprehensive survey, it illustrates the dynamic variety of animation being produced in China.

"We'll continue to look out for new films from Enlight, Lightchaser, and the many other studios and independent filmmakers that are making exciting work," Uhler expected, "I hope we will have a long history of premiering new Chinese animation to new audiences in the US."