“I have visited some of the venues already for this Winter Olympics. I am satisfied that China will demonstrate to the world how ready they are to host this Olympics,” said Dominican Ambassador to China. As this is the first Winter Olympics he has ever experienced, Martin is looking forward to watching as many games as possible in Beijing.

Editor’s note: The Beijing 2022 Olympic and Paralympic Winter Games are drawing near, putting the city into the spotlight once more. What do people worldwide expect of the Games? What are their stories about Beijing 2008 and Beijing 2022? GDToday and Nanfang Daily are co-presenting a series of reports to bring you “Global Takes on Beijing 2022”.

“I have visited some of the venues already for this Winter Olympics. I am satisfied that China will demonstrate to the world how ready they are to host this Olympics,” said Martin Charles, Dominican Ambassador to China. As this is the first Winter Olympics he has ever experienced, Martin is looking forward to watching as many games as possible in Beijing.

The upcoming Games also remind Martin of the Beijing 2008, which he considers one of the most spectacular Olympic events. With such experience, he believes Beijing 2022 will “even be bigger and better”. “It’s an opportunity for Beijing to show the world again what was done in 2008,” said Martin. 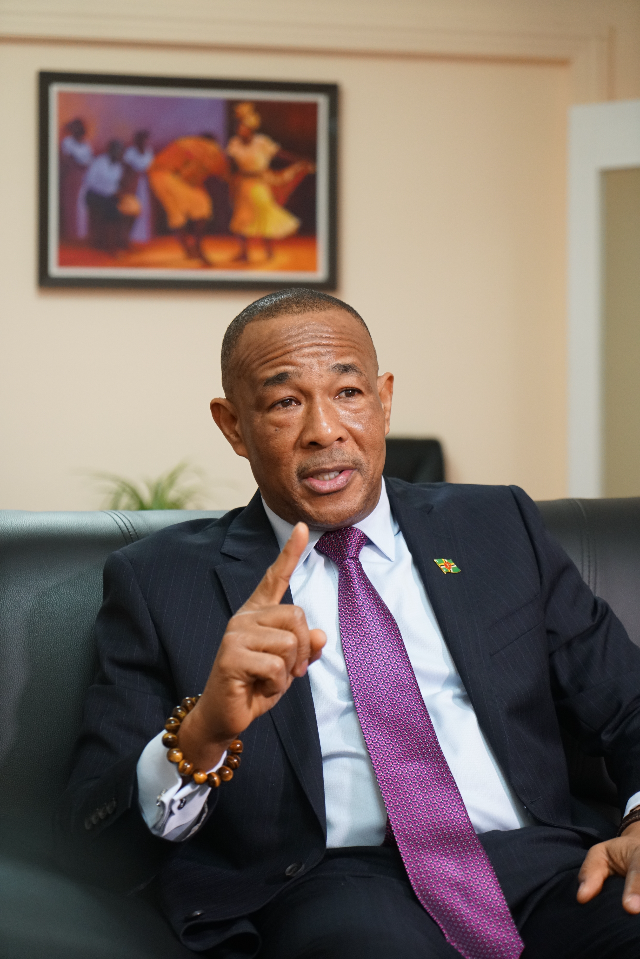 Martin also felt it was a pity that many audiences around the world will not be able to watch the competitions on site due to the raging pandemic worldwide. However, he noted through the Games, China will show the world how capable it is of handling the grand world-class competition properly and successfully, notwithstanding the challenge posted by the COVID-19.

According to Martin, Dominican athletes will not participate in the Games this February, since winter sports are relatively rare in the tropical country. He hopes Dominican nationals residing in countries and regions with higher latitude will be able to represent their nation at future Winter Olympics.

Though relatively new to winter sports, Martin is quite professional in football. He was once a FIFA referee and has officiated the Caribbean Cup as a fourth official and referee.

Believing in the spirit of sportsmanship, Martin advocates that “there should not be politics in sports”. “I’ve heard of some countries deciding not to send officials. I’m very disturbed by this,” he continued, “Sports unite people and bring everybody together. And this is really not the time for us to bring politics in sports.”

He is expecting more and deeper cooperation between Dominica and China, especially in the field of sports and culture. “We should further explore how we can bring some of your Chinese athletes to Dominica,” said Martin. He numerated some of the sports: Table tennis, volleyball, basketball, and badminton, where he would like to strengthen the exchange between the two countries.

Cultural exchange is another area of cooperation Martin emphasized. Realizing how different China is between what he read and watched on news before coming to China and what he has seen with his own eyes, he insists that having people come and visit China is the most efficient way to promote mutual understanding. “Being in China has taught me a lot about the culture of China and the Chinese civilization, which is not about war, but about peace,” he furthered.

The first competition of the Beijing 2022 will kick off on February 2 and the opening ceremony will start on the next day. “I again look forward to attending some of the Olympic games myself with my Dominican flag to say ‘jia you zhong guo’ (‘Go China!’ in Chinese),” said Martin.