105 volunteers in Shenzhen's Shangsha community have finally completed their voluntary work and come back home, with their stories still spread across the city.

105 volunteers in Shenzhen's Shangsha community have finally completed their voluntary work and come back home, with their stories still spread across the city.

Wu Yefei, a volunteer from the Shenzhen Metro, was assigned to the information team, juggling with four mobile phones and one fixed-line telephone to answer various medical needs of nearby residents.

One day Wu was asked to deliver protective clothing to a pregnant woman as she had to go to hospital for an antenatal care. Wu ingeniously wrote a phrase—"Big tiger helping the little tiger"—on the clothing, hoping to alleviate the mom-to-be's anxiety. Wu explained that she was born in 1998, the Year of the Tiger, and the infant's birth day will fall in 2022, also the Year of the Tiger. She was excited to help the "little tiger." 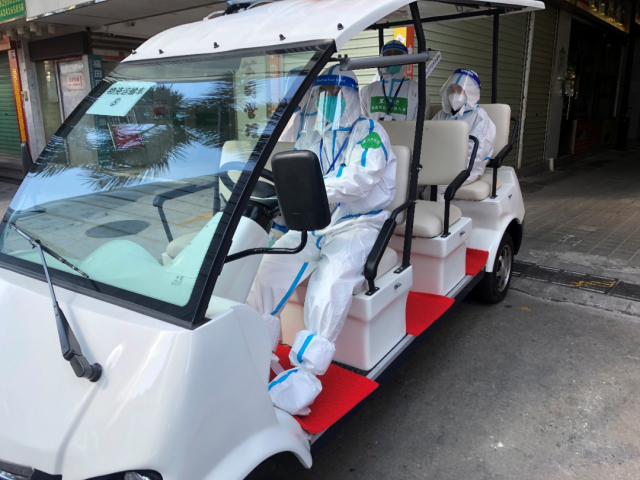 A volunteer takes a mom-to-be to hospital. (Photo: Daily Sunshine)

As of March 26, there were more than 200 pregnant women in Shangsha community. With care and attention from volunteers, a total of 58 "tiger babies" have been born safe and sound.

An urgent call from a father

Wen Jingwen, a volunteer of the information team, received an urgent call from a father on March 22, saying that his child's shoulder was dislocated. Wen immediately called an ambulance for emergency treatment.

"When children get injured, they also need to wear protective clothing and masks on the way to hospital, but their parents cannot go with them," Wen added. "We have to remind children of protective matters repeatedly and try best to reassure parents." 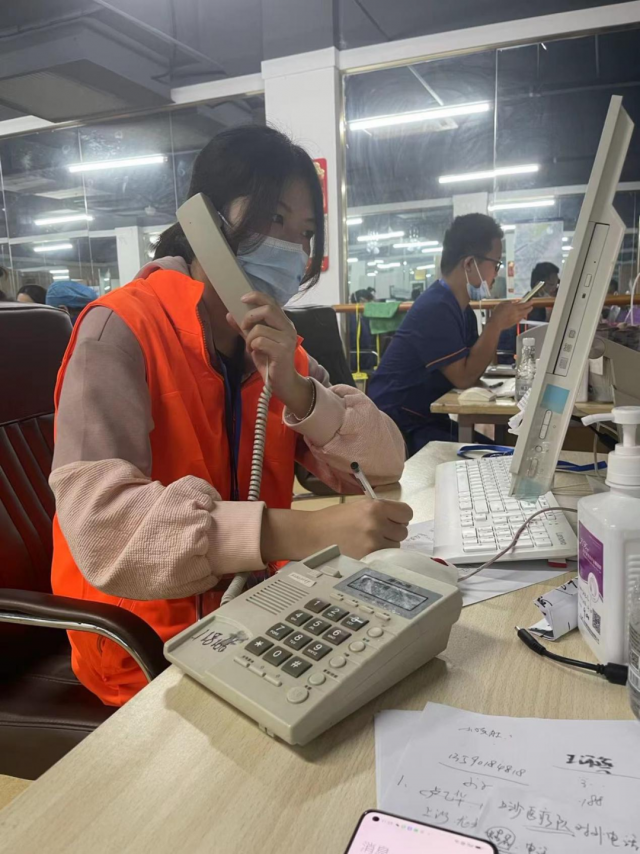 Medicines from a voluntary delivery team

Shenzhen Metro also set up a voluntary team to send medicines to patients in need.

One afternoon, volunteers of this team saw an old woman crying when passing by the village. They stopped and asked if she needed any help, then learned that she was living alone and suffered from high blood pressure and diabetes. She could only speak in local dialect; thus it was inconvenient for her to communicate with other people.

On average nearly 200 packages of medicines are delivered every day, according to the team.