The pilot cable of Lingdingyang Bridge under the Shenzhen-Zhongshan Channel project was set up across the river on February 15th.

The pilot cable of Lingdingyang Bridge under the Shenzhen-Zhongshan Channel project was set up across the river on February 15th. 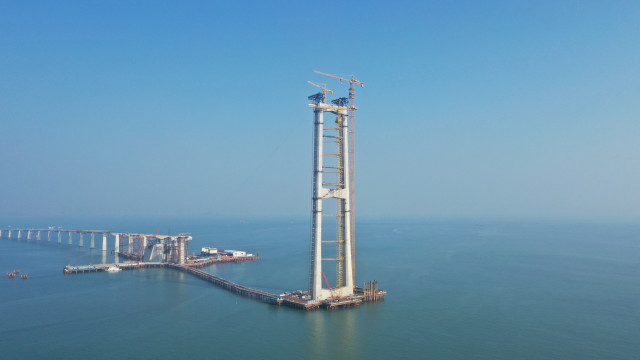 The 2000m heavy cables were hoisted by a tractor tug across the waters with a main span of 1,666 meters and then lifted to a height of more than 80m after arriving at the east main tower from the west main tower. The whole process took about one and a half hours. 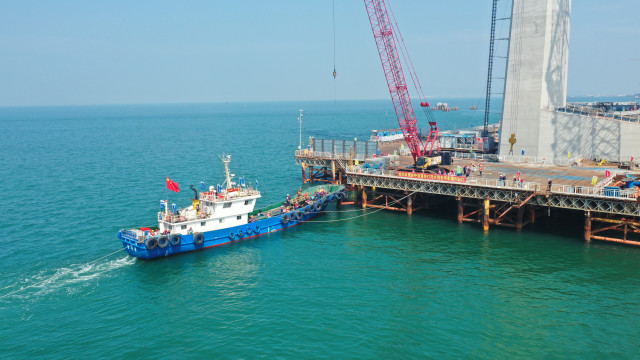 At this point, the west tower was officially connected with the east tower. This also creates the conditions for building temporary bridge structures above the sea.

“After putting the pilot cable in place, we will start replacing those cables downstream simultaneously and we plan to complete the construction of the whole traction system by the end of this month.” said Zhang Kai, deputy project manager of Poly Changda Engineering Co., Ltd., which won the bid of the Shenzhen-Zhongshan Lingdingyang Bridge S05 project. 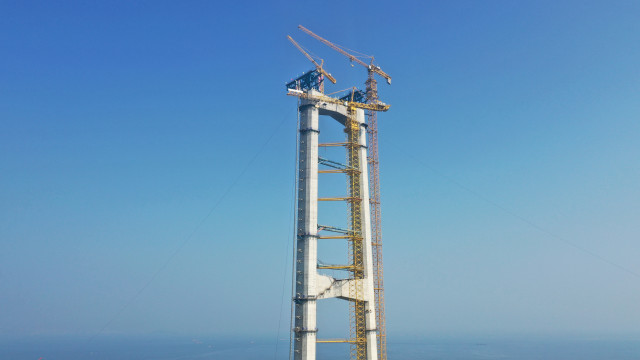 As it is planned to be opened to traffic in 2024, the bridge will begin a new stage of construction on its superstructure including the main cable and steel box girders. 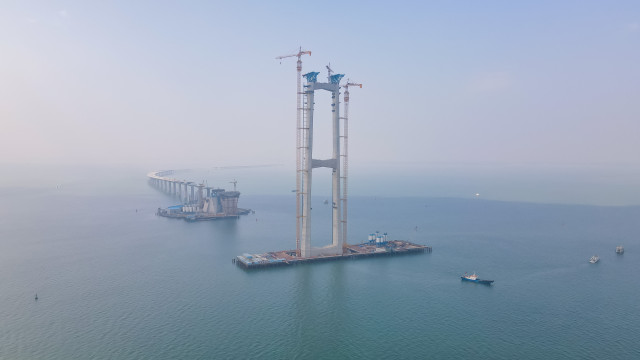 Lingdingyang Bridge is one of the main sections of Shenzhen-Zhongshan Channel, with a main span of 1,666 meters. Its main towers are 270 meters high, which is equivalent to the height of a 90-story building.

The project is designed to have a lifespan of more than 100 years. It is the largest-spanning steel box girder suspension bridge and the bridge with the highest amount navigable clearance over waterways in the world. 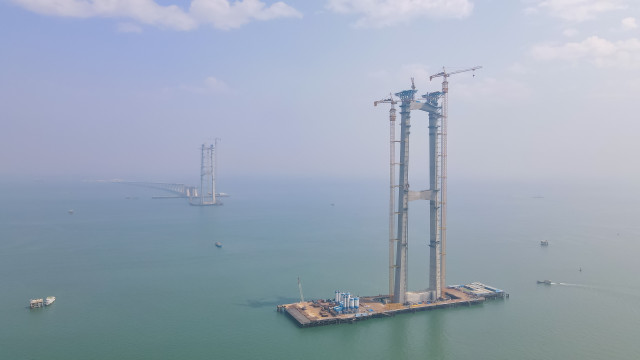 As a mega project in the Greater Bay Area, the 24-kilometer-long Shenzhen-Zhongshan Channel comprises a 6.85-kilometer sea tunnel, a 17.2-kilometer bridge, including Lingdingyang Bridge with a 1,666-meter-long main span and Zhongshan Bridge with a 580-meter main span, above the sea, and two artificial islands.

The Channel, which connects Guangdong’s three pilot free trade zones of Qianhai-Shekou in Shenzhen, Nansha in Guangzhou and Hengqin in Zhuhai, will shorten the traveling time between Zhongshan and Shenzhen to just 30 minutes.