Delegate's Story | How a millennial improves lives of Guangdong farmers?

"The report of the 12th CPC Guangdong Provincial Committee emphasizes that Guangdong will strive for the establishment of a modern rural industry system and the cultivation of modern farmers," said Chen Hui, a Congress delegate and the general manager of TOPCP, an ecological agriculture company based in Deqing County, Guangdong's Zhaoqing. "This is really inspiring. Our work has paid off."

The 13th CPC Guangdong Provincial Congress kicked off on May 22. Over 900 delegates gather in Guangzhou to discuss and decide major issues of the province.

"The report of the 12th CPC Guangdong Provincial Committee emphasizes that Guangdong will strive for the establishment of a modern rural industry system and the cultivation of modern farmers," said Chen Hui, a Congress delegate and the general manager of TOPCP, an ecological agriculture company based in Deqing County, Guangdong's Zhaoqing. "This is really inspiring. Our work has paid off." 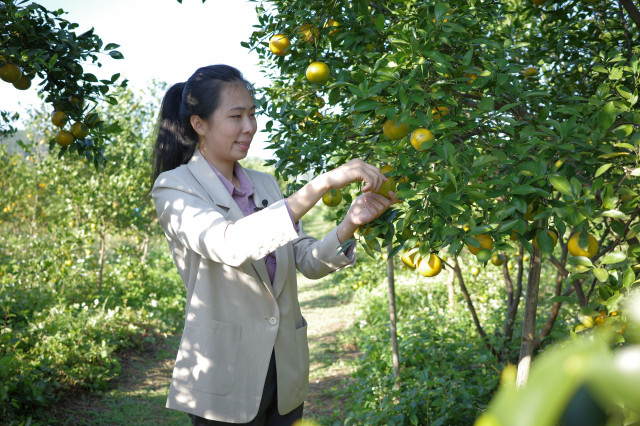 Chen made an unusual decision to start her career in the countryside when graduating from the renowned Sun Yat-sen University in Guangzhou. She chose to operate a tribute mandarin (also known as "gonggan") orchard with her father, since the fruit is one of the signature products in the region.

In the past nine years, Chen, a novice at farming, has become Guangdong's "Mandarin Ambassador", dedicated to introducing the province's agriproducts to the world and improving local farmers' lives.

"When I first came to Deqing in 2013, the local farmers didn't trust me. They wouldn't believe in a young girl's way of farming," Chen told the reporter. "I also encountered serious problems such as the iron chlorosis, when 80 percent of our mandarin trees contracted this deadly disease."

Chen overcame the adversities through unremitting research and innovation, which earned her the respect of local farmers. She has not only improved the farmers' approaches to planting but also innovated to facilitate raw product processing and online marketing.

"We invited internet influencers and trained our young staff to retail tribute mandarins through livestreaming. There were once 20 to 30 livestreamers promoting our products in the orchard at the same time," Chen recalled. Taking full advantage of the e-commerce platforms, Chen made more than 11,000 deals during "Double 11", an online shopping festival in China.

Chen also established a packing plant to process primary agricultural products. With a uniform package, the products are easily recognized and have been accepted by international markets. Last year, Chen's company received the GLOBALG.A.P (Global Good Agriculture Practices) certification, which has eased the company's access to European markets.

In pursuit of common prosperity, Chen also set up a farmers' cooperative to guide and help mandarin farmers in planting, manufacturing, and retailing. 52 local families have joined in the cooperative, expanding the tribute mandarin production base to 3,000 mu (around 2 million square meters). 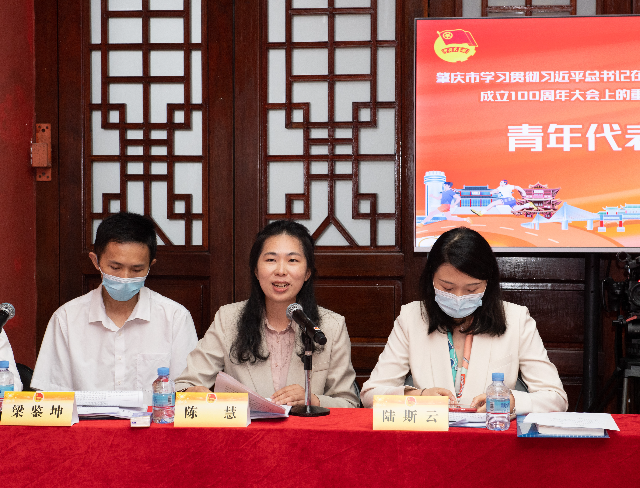 "Farming is a promising career"

This is the first time Chen has attended the CPC Guangdong Provincial Congress. "As a delegate, I represent the frontline workers and the villagers. I'll ensure that their voices and demands are heard. Meanwhile, I'll also convey the spirit and guidance of the Party to the grassroots and help them materialize," Chen elaborated.

"The Congress report proves that Guangdong Province will further develop the countryside and improve farmers’ working and living conditions. The future of the career as a farmer is promising," Chen said. "And with RCEP, Guangdong's agricultural industry will gain a great opportunity. According to the customs, mandarins from China are mainly exported to Southeast Asia, taking up 80% of the country's global share."

Chen calls for young talents, especially CPC members, to devote themselves to developing rural areas. "We need more talents in the fields of trade, finance, as well as science and technology. Together, we can take the agricultural industry in Guangdong to a new level," Chen noted.