Guangdong police solved 465 cases of economic and financial crime, with 820 suspects arrested and assets worth over 18 billion RMB frozen during the first half of 2018.

Guangdong police solved 465 cases of economic and financial crime, with 1342 suspects arrested and assets worth over 18 billion RMB frozen during the first half of 2018, according to a press conference held by Guangdong Provincial Public Security Department on July 12nd. 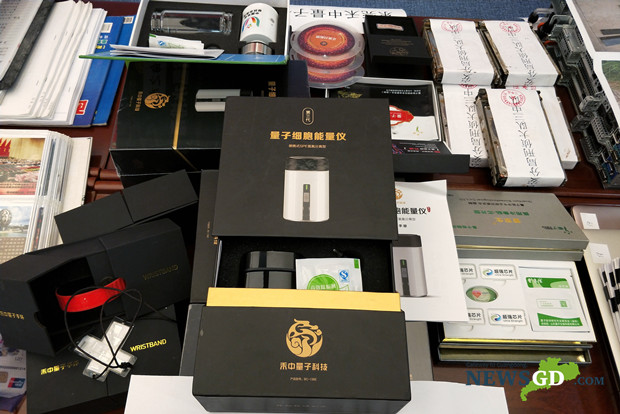 A spokesman for the Foshan Public Security Bureau stated how police in Foshan, Guangzhou, Zhuhai and Zhongshan arrested an online pyramid scheme gang at the beginning of this year, seizing case-related objects including premises, computers, bank cards and account books. Moreover, 147 suspects were detained and over 1.5 billion RMB cash was seized during the operation.

At the press conference, Guangdong police reminded people to carefully consider all forms of investment and financial management. Urging people to be wary of the new type of online pyramid schemes in the guise of promoting high-tech products and so on. If you uncover any evidence of economic crimes, please report this to the police as soon as possible.

According to Chinese Criminal Law, people who organize and lead pyramid scheme gangs, which disturb the economic and social order, will be fined and sentenced to five years in prison or suffer from criminal detention.