According to local meteorological observatory, sunny and hot conditions will prevail in Guangdong through the latter half of the week, with possible thundershowers.

Guangzhou issued first heat alert of the year at 07:40 on June 23, expecting that temperatures will climb to as high as 35℃ in the districts of Tianhe and Yuexiu this afternoon.

As of 11:30 today, a total of 82 heat alerts are in effective in Guangdong, mostly in the east, central-north and west areas. 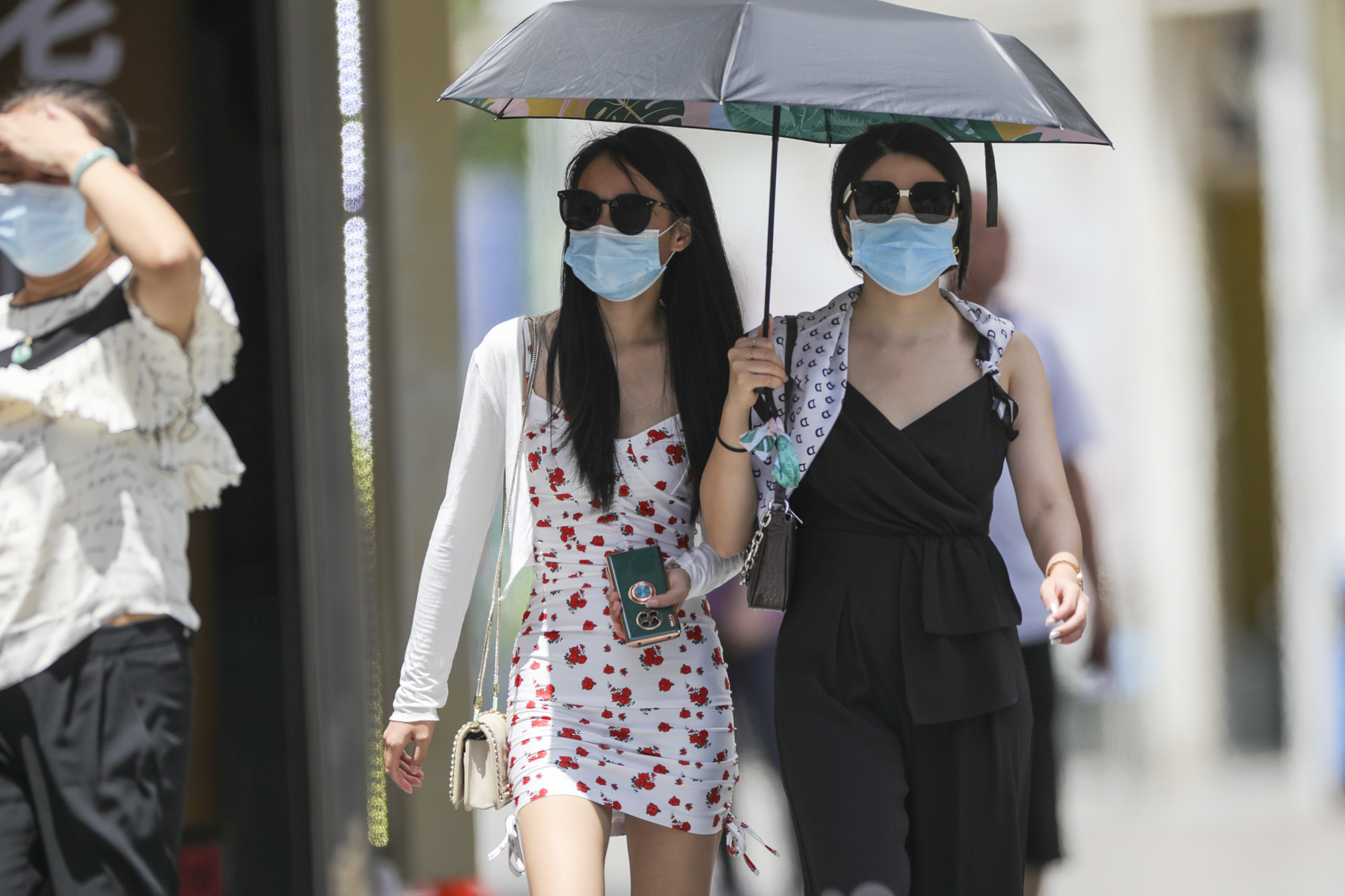 According to local meteorological observatory, sunny and hot conditions will prevail in Guangdong through the latter half of the week, with possible thundershowers. From June 23 to 25, the high will stay around 30℃ to 33℃ in the south of the province, 33℃ to 37℃ in the central-north region.

On June 26, most parts of the province will experience a cloudy day with overcast spells, seeing scattered thundershowers.

From June 27 to 29, there will be moderate thundershowers with localized torrential rain in western Guangdong and the northern Pearl River Delta. Other regions will see lighter rainfall. A high of 35℃ is expected in the Leizhou Peninsula and the eastern Guangdong.

From June 30 to July 1, the weather will be cloudy with some thundershowers in the southern coastal areas, accompanied by localized heavy rain. The rest of the province will be overcast with scattered thundershowers. The central-north region is likely to have a high of 35℃ to 36℃.

As this round of rainfall gradually clears, Guangdong is set to enter the typhoon season, indicating that new rain may be possible in July. 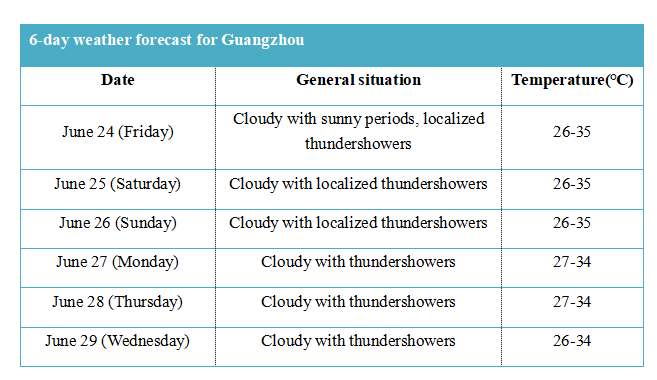