The briefing aims to help those who are going to study in the U.K. to better prepare for their trip.

The briefing aims to help those who are going to study in the U.K. to better prepare for their trip. 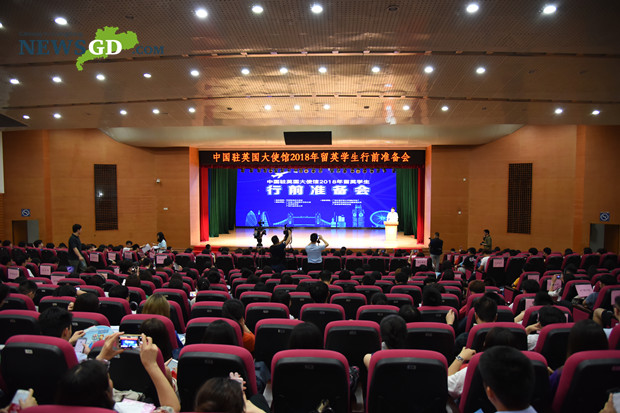 Pre-departure briefing was held at Guangdong University of Foreign Studies on June 7th.

Liu Xiaoming, Ambassador of China in the United Kingdom, delivered a speech through video message. He said it is a “Golden Era” for Chinese students to study in U.K., and reminded the overseas students of paying high attention to self-security and legal interest.

“The Chinese Embassy is the strong back for Chinese citizens living in the U.K,” Liu said in the video.

“More and more Chinese students study abroad since the reform and opening-up,” said Ye. “At present, over 1.3 million Chinese citizens are studying abroad.”

“It is estimated that over 700 million Chinese citizens will travel abroad in the next 5 years.” Ye added.

According to the MFA, the 12308 consular hotline handled 170,000 calls, 100,000 more than in 2016. In addition, they issued more than 1,000 travel advisories, which significantly reduced our citizens’ risk exposure even before they traveled abroad.