Can't-miss destinations for touring around Sangyuanwei

Apart from the function of irrigation, what do you know about Foshan's Sangyuanwei, the city's world heritage irrigation structure? Actually, through years of development, Sangyuanwei has been renovated into a fascinating destination, highlighting countless historical and cultural attractions as well as natural scenic spots.

Apart from the function of irrigation, what do you know about Foshan's Sangyuanwei, the city's world heritage irrigation structure? Actually, through years of development, Sangyuanwei has been renovated into a fascinating destination, highlighting countless historical and cultural attractions as well as natural scenic spots. Here, you can deeply immerse yourselves into Lingnan-style rural landscapes and hang out in nature. As the Qingming Festival holiday is right around the corner, why not take a breathtaking trip there?

Located at the foot of Xiqiao Mountain, the Yugengyueyun Culture Tourism Garden is the largest and most well-preserved mulberry fishpond in the Pearl River Delta region. It once contributed to the prosperity of the maritime silk road. Nowadays, it serves as a modern comprehensive garden complex, allowing you to enjoy a variety of entertainments such as traveling, hiking, riding, fishing, fruit picking and even taking a cruise. 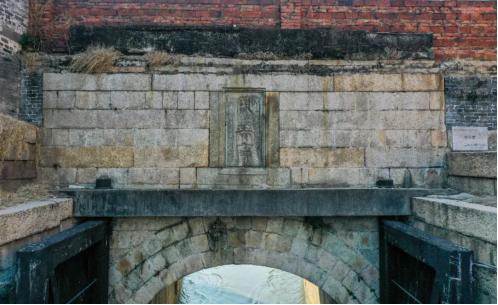 Dou (窦) or dou zha (窦闸) in Chinese, meaning floodgate, is a kind of water conservancy facility and works as an infrastructure for flood control and irrigation. Built in the Minle Village, Xiqiao Town, Minle Dou was established in the Ming Dynasty and renovated in the Qing Dynasty. Importantly, it reveals the ups and downs of the development of the local silk industry since Minle Village has ever worked as the biggest distribution hub for Guangdong's silk-made products. 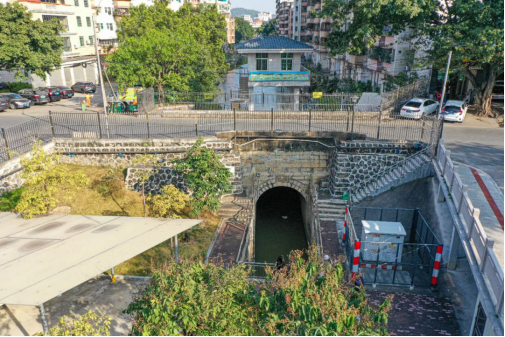 The Jishui Dou was built in the Song Dynasty. Its structure adopted the construction philosophy of Chinese arched stone bridge, which still remains as solid as ever after restoration. The floodgate plays an historic role in researching the hydraulic development and the ancient river chambers of Sangyuanwei. In 2006, Jishui Dou was rated as a registered key site under city-level protection. 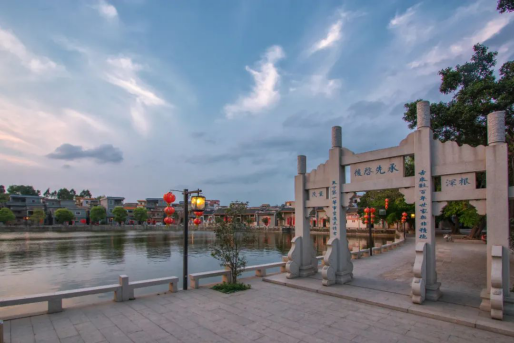 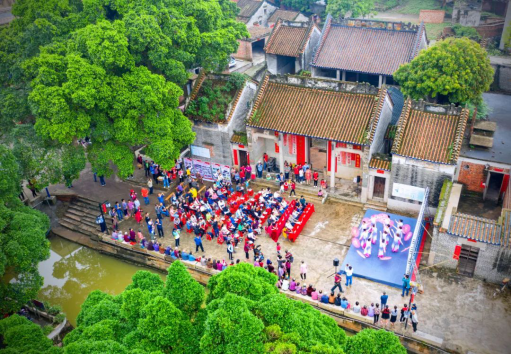 Founded in the late Song Dynasty and at the beginning of the Yuan Dynasty, Ruxi Village enjoys a history of over 800 years. Lying at the southern foot of Xiqiao Mountain, the village covers an area of 9.6 square kilometers, with various networks of waterways running through. Its Yongping Ancient Fair was once one of the four major fairs of Xiqiao Town in the Qing Dynasty, so it used to be crowded by plenty of stores and merchants. 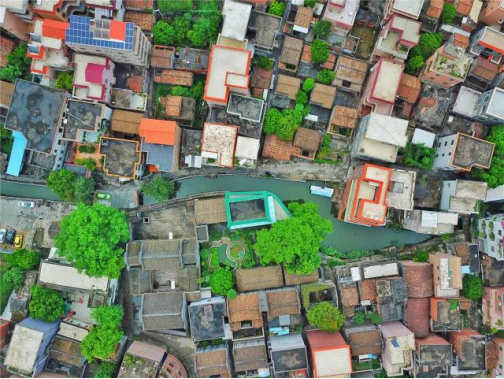 Jiancun Village stands at the northwestern foot of Xiqiao Mountain, nearby the Tingyin Lake. With a history of over 800 years, the village is characterized by a host of ancient architectures. Up to now, local villagers still maintain a lot of traditional folk lifestyles, creating a unique Lingnan-style architecture pattern. Lingnan-style landscapes can be seen in the village everywhere, such as the gray sculptures standing on the roof, the green bricks on the walls, ancient lanes and wells full of crystal-clear water, all of which work together to showcase the lifestyles of the ancestors.

Built in 1887 by Wu Sainan, an overseas Chinese living in Vietnam, with his brother Wu Chang, the Jiujiang Overseas Chinese Museum was originally the residence of the Wu's family, featuring a history of 135 years. Designed in western style, the Museum is shaped like a Kaiping Diaolou, another well-known overseas Chinese residence in Guangdong's Jiangmen, which was included in the World Heritage List on June 27, 2007. Currently, the Museum has set up eight special exhibition areas showcasing the history and culture of overseas Chinese, providing a good opportunity for visitors to learn more about the past of the local overseas Chinese.