Guangzhou aims to become a vibrant global city by 2035

Recently, Guangzhou has published a draft of its city master plan from 2017 to 2035 with the vision of building a livable and vibrant global city. 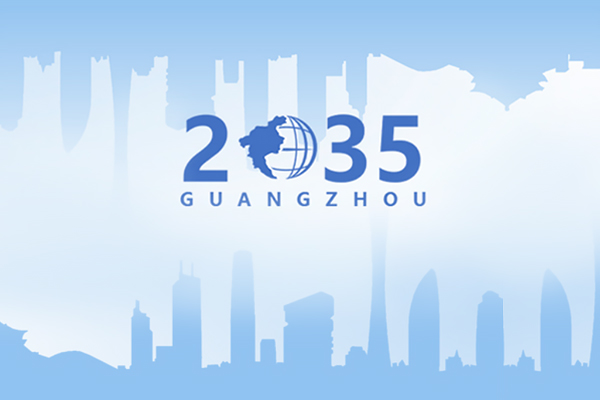 Recently, Guangzhou has published a draft of its city master plan from 2017 to 2035 with the vision of building a livable and vibrant global city.

The vision features Guangzhou's uniqueness as a humanistic and livable city, while showing its global vision of developing international business and exchanges.

Some specific goals are proposed to realize at the city's pace. For instance, the city aims to become a vibrant global city with economic strength, technological strength and livability all reach to a world-class level by 2035.

In addition to being a global city, Guangzhou is to serve as an international communication center and innovation center of science and technology industry. 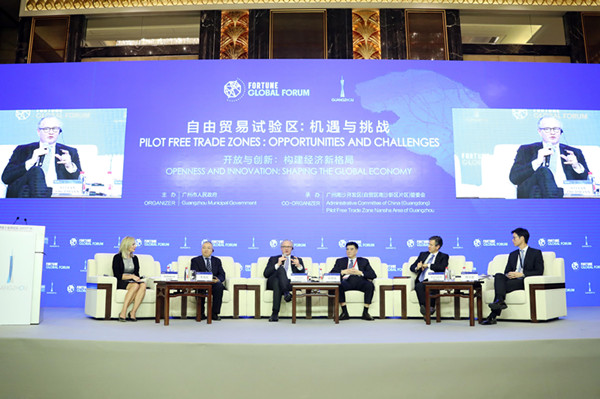 A sub-forum themed "Pilot Free Trade Zones (FTZ): Opportunities and Challenges" was held On December 7 during the 2017 Fortune Global Forum in Guangzhou. [Photo provided to Newsgd.com]

"As a major commercial city for centuries in China, the city is competitive to develop into the above two centers, which will greatly promote the construction of global city," said Hu Gang, president of South China Urban Research Association, a professor of Jinan University.

Hu added that the city's "vitality" are mainly reflected in its diversity, openness and inclusiveness, etc.

In terms of accomplishing the above goals, the city is about to see more changes in city size and infrastructure, etc.

For an example, to build the city into a world-class hub in aviation, shipping and railway, some key indexes are showed in the follow graph. 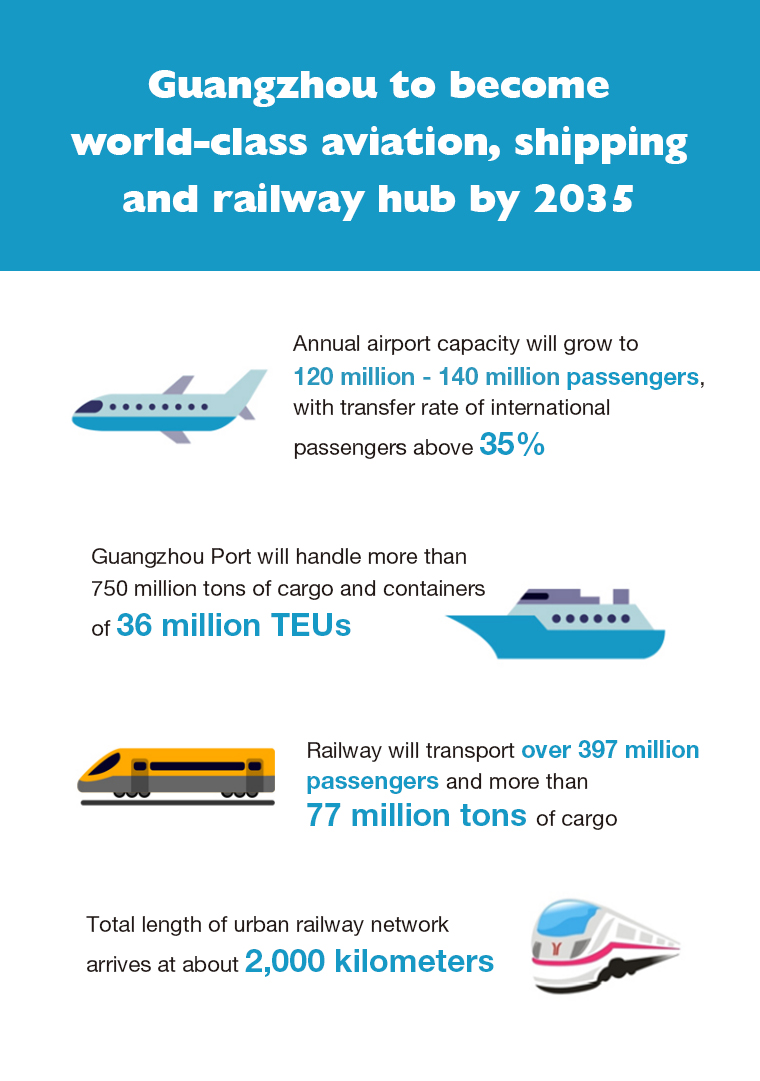 Besides, it aims to limit the permanent population at 20 million in 2035. According to the statistics, the number of permanent resident in the city reached to 14 million by the end of 2016. 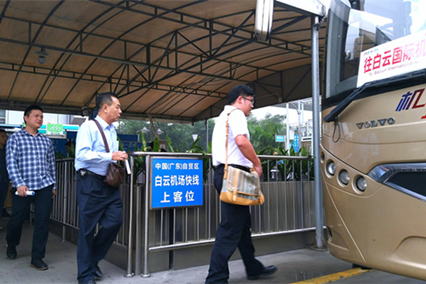 According to the plan, Guangzhou will continue to play actively in Guangdong-Hong Kong-Macao Greater Bay Area with Nansha District serving as a transportation hub and core comprehensive service zone in the area.

Nansha will deepen cooperation with Hong Kong and Macao in the offshore trade, high-tech services, education and other fields.

More favorable policies will be launched to offer convenience for Hong Kong and Macao people. For instance, service facilities about exit and entry, customs clearance and residence will be improved.