Power’s words are a typical example of the so-called Chinese “debt trap” in Western hype. The concept of  “debt trap” derives from what the Indian scholar Brahma Chellaney coined in 2017 as “Debt Trap Diplomacy”, which means a creditor country deliberately lends large amounts of money to another country, forcing the debtor county to make economic or political concessions when it is unable to meet its debt obligations. Since the concept was put forward, it has been constantly hyped by Western media.

In 2012, the Subcommittee on Africa, Global Health, and Human Rights of the US House Committee on Foreign Affairs published a report titled Assessing China’s Role and Influence in Africa at a House of Representatives hearing. The report argued that China’s loans and investments in Africa would threaten the debt sustainability of African governments, in a bid to lead public opinion to attack or misinterpret China’s overseas cooperation.

In January 2017, when China’s Belt and Road Initiative (BRI) entered its 4th year, the Indian scholar Chellaney put forward the notion of “Debt Trap Diplomacy”, accusing China of investing in the BRI to gain “geostrategic interests” and build a so-called “hegemonic sphere”. In 2018, the Belfer Center for Science and International Affairs of Harvard Kennedy School published a report named Debtbook Diplomacy, arguing that China’s investments and loans to countries along the BRI are aiming at projecting power on South Asian trade routes and breaking through the “first island chain”.

“China is not engaging in debt-trap diplomacy. That is a false charge, made mainly for geopolitical reasons,” Jeffrey Sachs, a renowned expert on sustainable development and University Professor at Columbia University, said in an interview with GDToday. Besides, Tim Jones, head of policy at Debt Justice, regards that, for debt crisis in Africa, Western countries’ “banks, asset managers and oil traders are far more responsible”, but they try to deceive the public by blaming China.

Sri Lanka's Hambantota Port Development Project is a typical target of the West’s Chinese “debt trap” hype. The project is an important achievement of the BRI, but according to US government mouthpieces such as Voice of America and The Hill, Hambantota Port was leased to China by Sri Lanka under pressure of debt. However, the fact is that Hambantota Port was rented out because of its limited profitability, and before leasing the port to China, Sri Lanka’s request was refused by India and Japan. 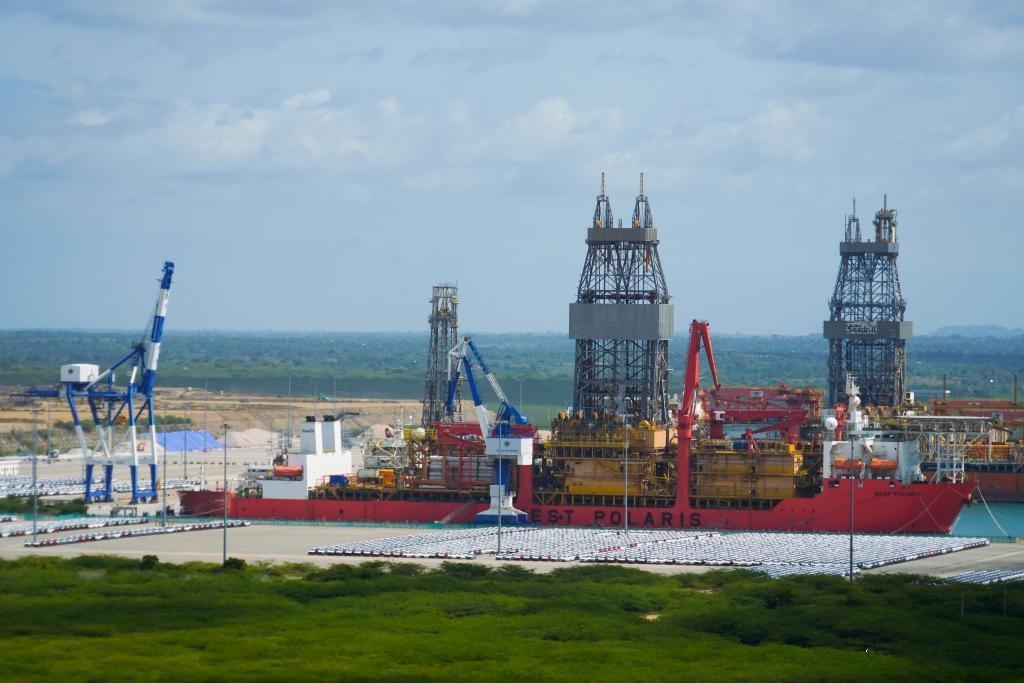 In fact, the West started to offer loans to the developing countries earlier than China, but the effects of their loans were more controversial. Zhou Yuyuan, an associate research fellow at the Shanghai Institutes for International Studies, wrote in a commentary that the massive lending from Western countries in the 1970s and 1980s led to Africa’s debt crisis in the late 1980s, and the consequences have not disappeared today.

Joseph Eugene Stiglitz, a Nobel Prize laureate economist and professor at Columbia University, and Hamid Rashid, the chief of Global Economic Monitoring at the UN Department of Economic and Social Affairs, wrote a report in July 2020, pointing out the quantitative easing policy implemented by the US after the 2008 financial crisis exported debt bubbles to developing countries.

Those researches indicate that the West is the actual culprit of the “debt trap” in developing countries. “The global shocks in recent years – the pandemic, the war in Ukraine, the Western Sanctions, the trade disruptions caused by unilateral US trade policies, and the rising interest rates in the dollar and euro markets – are all creating major shocks around the world.  Developing-country governments are finding it difficult or impossible to roll over their debts as those debts fall due. Many governments will run into debt crises, especially those that are poorly governed, as was the case of Sri Lanka,” Jeffrey Sachs told GDToday.

China has always been committed to providing development opportunities for developing countries. This is what the Chinese “debt trap” theory has missed.

For example, the Mombasa-Nairobi Standard Gauge Railway project, which opened to traffic in 2017, has created nearly 50,000 jobs, trained more than 5,000 professional and technical workers, and engaged more than 300 local enterprises in subcontracting and cooperation. According to Africa Star Railway Operation Company, over the past five years, the Mombasa-Nairobi Standard Gauge Railway has transported 7.785 million passengers and 1.773 million TEUs of cargo, boosting economic and trade exchanges between Kenya and other East African countries.

In Southeast Asia, the Export-Import Bank of China has financed road construction projects in Cambodia, which have effectively eased traffic pressure in the capital Phnom Penh and boosted economic development in towns along the route. From the perspective of Neak Chandarith, director of the Cambodia 21st Century Maritime Silk Road Research Center, many industries in Cambodia have been severely affected by the pandemic, but the BRI projects have played a role as a “stabilizer” for Cambodia’s economic development.

“China has offered a different model of aid from the Western countries,” David Morris, Vice President of UN Asia Pacific Sustainable Business Network, said in a previous interview with GDToday regarding China-Pacific Island countries (PICs) cooperation. In his view, Western donors tend to give grand aid, instead of helping recipient countries to establish self-sufficiency and sustainability. “This is where China comes in”, Morris furthered, through lending money to “build infrastructure that the local community needs”, China helps the PICs in facilitating local industry development and infrastructure connectivity, which is “one of the keys to development, as we’ve seen across Asia”.

According to Common Transport Infrastructure: A Quantitative Model and Estimates from the Belt and Road Initiative, a report published by the World Bank in 2019, BRI transport infrastructure projects could increase GDP for relevant economies by up to 3.35 percent and welfare, which accounts for the cost of infrastructure, by up to 2.81 percent. “These effects are equivalent to the impact of a coordinated tariff reduction by one-third for all BRI economies.” Moreover, the report also shows BRI-related transport projects could increase GDP for the world as a whole by up to 2.87 percent.

“Throughout the process of advancing relevant projects, China has always focused on development and cooperation, kept in mind the benefits of people in these countries, and respected the development needs and independence of relevant countries,” Chinese Foreign Ministry Spokesperson Zhao Lijian said at a regular press conference on July 29. “We have never pursued political agenda in the name of promoting economic cooperation, still less put China before anything else or force other countries to pick a side.”