The White House has been trying to distance the Biden administration from Pelosi’s all-but-confirmed trip to the island, claiming US Congress is an independent branch of government and scapegoating China for escalating tensions. 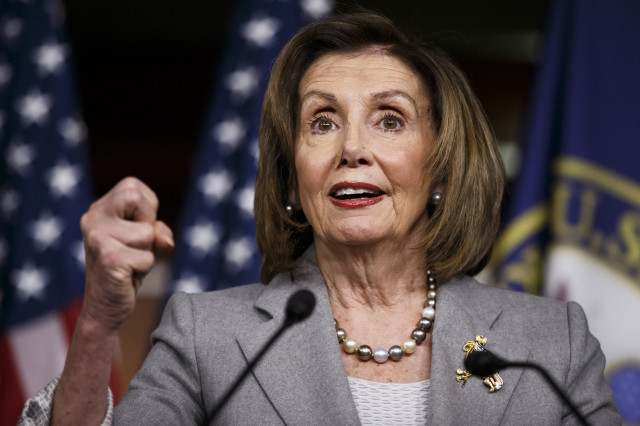 US Secretary of State Antony Blinken said on August 1 that a potential visit to Taiwan by US House of Representatives Speaker Nancy Pelosi would be entirely her decision, but he asserted if Pelosi’s visit created some kind of crisis, “that would be entirely on Beijing”.

The Speaker kicked off her controversial tour of Asian nations on July 31. She is expected to stay in Taiwan overnight during the tour, although the stop was not listed on the official agenda, according to a CNN report. It is still unclear when exactly Pelosi will land in Taipei.

The White House has been trying to distance the Biden administration from Pelosi’s all-but-confirmed trip to the island, claiming US Congress is an independent branch of government and scapegoating China for escalating tensions.

Is the trip entirely Pelosi’s decision?

Pelosi “is second in succession to the US presidency and belongs to the same party as the president. Protestations of US constitutional niceties — that Congress is separate to the executive — ring hollow in this context,” Edward Luce, the US national editor for the Financial Times of London, wrote on July 22.

“There is a lot of consultation and likely coordination between the Biden administration and the Speaker,” said Josef Gregory Mahoney, professor of Politics and International Relations and director of the International Graduate Program in Politics, East China Normal University, during an interview with CGTN. “They are members of the same Party, share a legislative agenda, and want to see Democrats retain power.”

Pelosi herself also told reporters on July 29 that she was eager for Congress to be a part of the Biden administration’s strategy in the Indo-Pacific, although the White House insists that it is Pelosi’s own decision to visit Taiwan or not, and the US government has no intention of changing its policy towards Taiwan or supporting Taiwan independence.

Who is being provocative?

White House National Security Council spokesman John Kirby indicated on August 1 it was China who was being provocative over Pelosi’s Asian tour. But ahead of Pelosi’s potential visit to Taiwan, two US capital ships including the aircraft carrier USS Ronald Reagan and their escorts are already operating in the vicinity of Taiwan, on the edge of the South China Sea.

The US has long been "flexing its muscles" in the region. US naval ships made roughly monthly transits through the Taiwan Strait in 2021 and have transited the strait at least 6 times since the start of 2022.

In the meantime, the US has never stopped its arms sales to Taiwan, although it states in the China-US Joint Communiqué of 1982 that the US government does not seek to carry out a long-term policy of arms sales to the island and intends gradually to reduce the sales, leading, over a period of time, to a final resolution.

Since the US severed its “diplomatic relations” with Taiwan in 1979, 109 rounds of arms sales to the island have been delivered. The Biden administration has approved 5 rounds of such arms sales so far, according to the official website of the US Defense Security Cooperation Agency.

In July, the US House of Representatives passed its version of the National Defense Authorization Act for Fiscal Year 2023, claiming that the US should enhance joint military exercises with Taiwan and the island should be invited to participate in the Rim of the Pacific exercise in 2024.

Is this how the US is committed to the regional peace and acts in line with the one-China principle?

Pelosi’s possible visit not welcomed by the region

As Pelosi is being reticent about whether she will stop over the island, political and business leaders in Taiwan are calling for rejection of her visit. According to the China Times, Taiwan's Democratic Progressive Party (DPP) authority tried to cancel its invitation to Pelosi, attracting the Speaker’s censure.

The Third Wednesday Club chairman Lin Por-fong believes Pelosi’s visit doesn’t conform to Taiwan’s benefits. He hopes the island can take full advantage of its technology and talents, instead of being involved in disputes. Hsu Shu-po, chairman of Taiwan’s General Chamber of Commerce, noted the peaceful development of cross-Strait ties and the peace in the Asia Pacific region are the foundation of Taiwan’s prosperity.

"It is important for the US and China to ensure continuing communication to avoid any miscalculation and further escalation of tensions," said Philippine’s Foreign Affairs spokesperson Teresita Daza.

"If US fighter jets escort Pelosi's plane into Taiwan, it is an invasion," Malaysian public policy analyst Lim Teck Ghee wrote in an open letter to Pelosi.

China, on its part, has repeatedly made clear its firm opposition to Pelosi’s potential visit to Taiwan and stressed such a visit would constitute a gross interference in China’s internal affairs, trample on the one-China principle, threaten peace and stability across the Taiwan Strait, and undermine China-US relations, as stated by Chinese Foreign Ministry Spokesperson Zhao Lijian on August 1. “We want to once again make it clear to the US side that Chinese side is fully prepared for any eventuality and that the People’s Liberation Army of China will never sit idly by,” he furthered.

The People's Liberation Army's Eastern Theater Command published a very short article and a video on its WeChat account on August 1, the 95th anniversary of the founding of the PLA. In the article the command said its forces will "bury all invaders" and "march toward victory" in joint operations.