US presses European allies to harden China stance. Why is it doomed to fail?

President of the European Council Charles Michel recently concluded his visit to China, which is the first official visit paid by leaders of European Union institutions to the country after the 20th National Congress of the Communist Party of China (CPC).

Michel underlined during his visit that the EU is ready to become a reliable and predictable cooperation partner for China, and will work with China to take forward the process toward an EU-China investment agreement.

The Financial Times in late November broke that Washington has lobbied its NATO allies to take a harder stance towards China and to start working on concrete action to restrain Beijing. Since a large part of NATO members are from the EU, Michel’s visit to China puts a strain on US’ provocation. 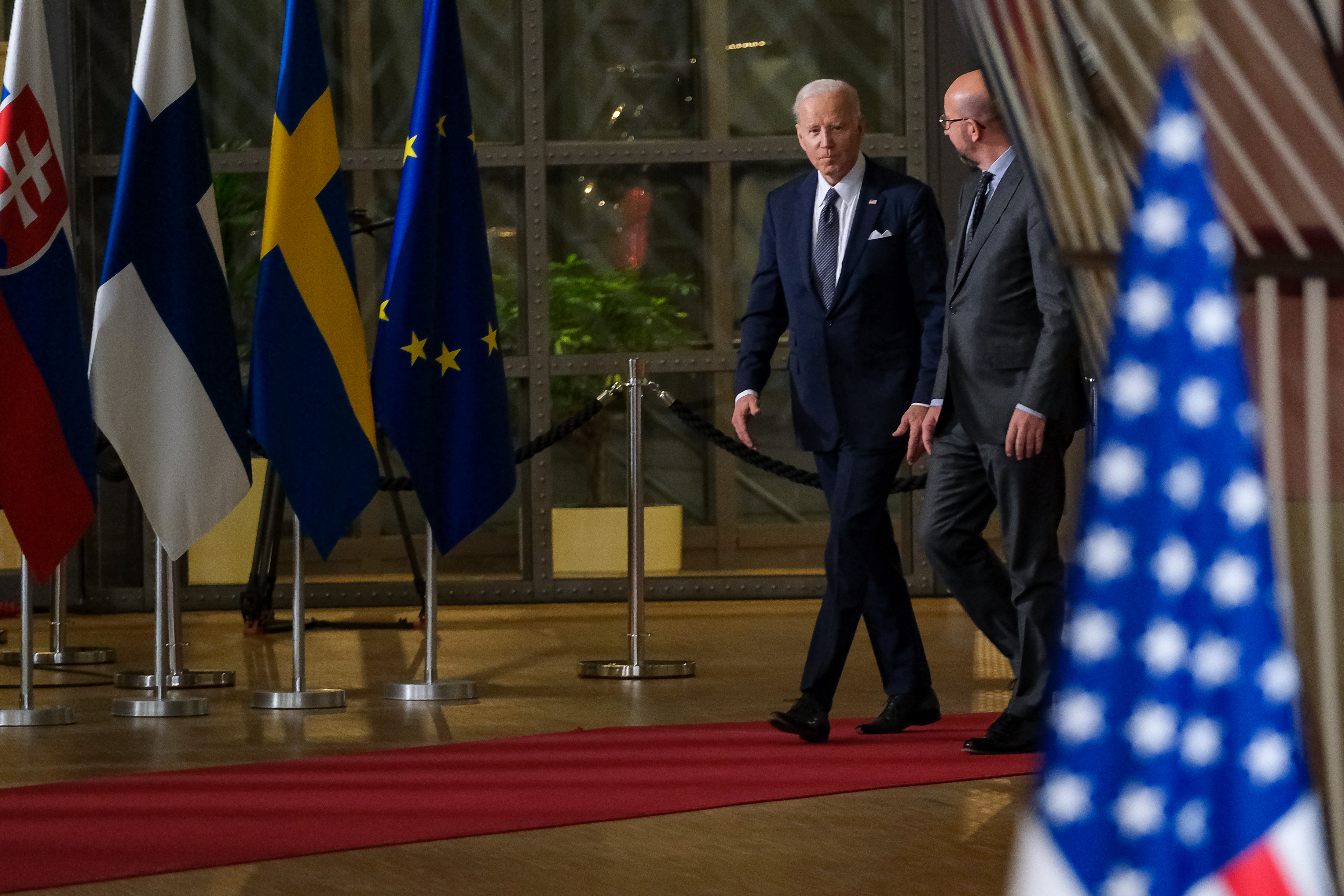 US President Biden and President of the European Council Charles Michel at the EU headquarters on March 24, 2022. (Photo/Xinhua)

US never hesitates to sacrifice EU for its own interest

The US fans the flames in the Russia-Ukraine conflict, which has lasted for almost 10 months since February 2022 and has made European countries the most direct victims.

According to a report by the International Energy Agency released in November 2022, Russia’s natural gas deliveries to EU countries by pipeline halved in the first ten months of 2022 compared with the same period in 2021, a drop of 60 billion cubic metres (bcm). For the full year, Russia’s pipeline supplies are expected to decline by over 55%, a drop of 80 bcm, putting unprecedented pressure on both European and global gas markets.

However, the US has no plan to compensate Europe. They instead chose to make a killing selling gas at high prices to European countries. French President Macron once expressed his dissatisfaction with this: “American gas is 3-4 times cheaper on the domestic market than the price at which they offer it to Europeans. These are double standards,” saying the US-made policies “left Europe with no option other than paying the demanded price.”

In addition, the US Federal Reserve has raised interest rates six times this year to bring domestic inflation down at the cost of global economic growth, and European countries have to follow the footsteps of the US in order to hedge against the impact of US’s rate hikes. Guido Traficante, an economist at the European University of Rome, said that the US’ consecutive rate hikes have made a stronger dollar eroding the value of the euro, increasing inflationary pressure in European countries, and people can see a flow of capital toward the US.

The US Inflation Reduction Act (IRA) passed in August also concerns EU states. As IRA offers huge subsidies for US-made products in electric vehicles and clean energy, the act may divert investment from the EU to the US and force European companies to relocate their production lines to the US.

Chief Executive of the Swedish-based Northvolt Peter Carlsson said that under the IRA, his company could get an aid of up to 800 million euros to build a factory in the US. With cheaper energy prices in the country, the company may prioritize expansion in the US over Europe.

There is a potential fallout of the Inflation Reduction Act on the European industrial base, said European Commission Executive Vice Presidents Margrethe Vestager.

The US has never hesitated to sacrifice European countries for its own interest.

Another of the key reasons why the EU will not necessarily join the US to contain China is that there is broad space for cooperation between the two sides, especially in the field of trade and economy.

China is the largest trading partner of EU. Data from Eurostat showed that EU’s trade with China grew significantly in 2021, and China has become the third largest export destination and the biggest source of import in the EU.

China’s cooperation with EU in other fields has also born fruit. Croatia’s Chinese-built Peljesac Bridge, the first major infrastructure project funded by the EU and built by China, held its inauguration ceremony on July 26, 2022. According to a poll conducted by Carnegie Europe, the majority of Croatian public does not differentiate between Chinese and European construction firms in terms of quality, safety or environmental standards.

Former Croatian President Ivo Josipovic told GDToday that the bridge benefits Croatia promoting the development of local tourism and the connectivity in the southern part of EU. He believes the project will set an example of cooperation between EU and China.

Furthermore, European countries are now engaging in more active communication with China. German Chancellor Olaf Scholz visited China in early November, which is the first state visit to the country by a G7 leader since the start of the COVID-19 pandemic. He noted in his meeting with the Chinese leader that Germany opposes decoupling and is ready for closer trade and economic cooperation with China, and supports more mutual investment by Chinese and German businesses.

Gu Xuewu, director of Center for Global Studies at the University of Bonn in Germany said in an interview with GDToday, “Scholz’s visit to China is a clear message of the two big economic powers that they don’t want to decouple economically or technologically with each other.” He furthered that China and Germany will defend globalization together, which could create pressure to other Western countries to intensify their talks to China.

As European countries are pursuing a pragmatic approach to foreign policy, there is vast space for their cooperation with China despite some divergence, which runs against the US’ will of turning European countries against China. Although the US has been sowing discord between China and Europe, it is only doomed to fail.