A river with an average width of six meters, a hull of over 25 meters, a dragon boat with about 50 people, the beating of drums, and several types of racing tracks: S-shaped, C-shaped, L-shaped, and straight... Every year around the Dragon Boat Festival, a "fast and furious" dragon boat drifting race is held in Diejiao, a township in Guicheng Town, Nanhai District, Foshan.

A river with an average width of six meters, a hull of over 25 meters, a dragon boat with about 50 people, the beating of drums, and several types of racing tracks: S-shaped, C-shaped, L-shaped, and straight... Every year around the Dragon Boat Festival, a "fast and furious" dragon boat drifting race is held in Diejiao, a township in Guicheng Town, Nanhai District, Foshan.

Click on the video to enjoy the breathtakingly exciting dragon boat drifting in Diejiao, Foshan. (Video provided to Newsgd.com) 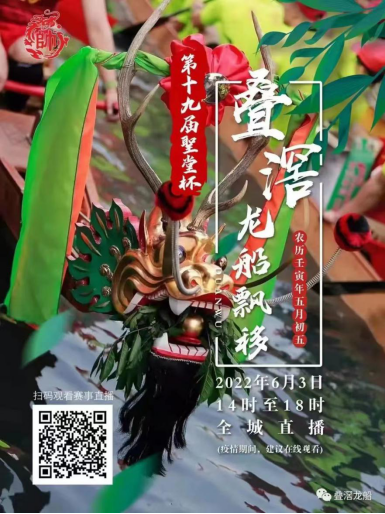 This kind of sport is an intangible cultural heritage item of Foshan. When preparations for the races begin, many young locals would come back to the town to participate in the event, no matter how far away or how busy they are, and Yang Rongzhan is one of them.

Yang is a member of the Shengtangxu Dragon Boat Team in Jianjiao's Aobian Village, and also an urban management officer. In his spare time, he takes part in the training of dragon boat drifting and promotes this custom on his WeChat subscription account. "Children of my generation grow up with dragon boat drifting culture coursing through our veins," he said.

"I was excited whenever hearing the drums"

Dragon boat drifting in Diejiao dates back to the Ming Dynasty, over 500 years ago. In Diejiao, most of the streams and rivers are narrow and winding, the boat's crew need to make some sudden turns during the races without any mistake, so the races are breathtakingly exciting. 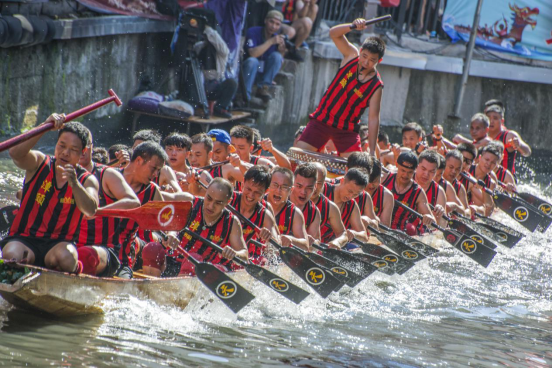 Inspired by his father who used to be a dragon boat player, Yang has fallen in love with this sport since he was young.

"I was excited whenever I heard the drums, often running barefoot after the dragon boat when I was young," Yang recalled. At that time, there was no systematic training like nowadays. "With a few chairs and two bamboo poles, I could pretend that I was rowing a dragon boat," Yang said.

"The most impressive thing about dragon boating over the years is my first dragon boat drifting race in the first year of junior high school, and I just could not sleep at the night before the race," he said, "I was still skinny compared to the other strong crew members then, so I trained harder in order not to fall behind."

"I will never give up"

Yang has a WeChat subscription account called "Diejiao Dragon Boat (叠滘龙船)", and has published more than two hundred articles. In his free time, he tries to collect information about dragon boat and visit the local elders, in a bid to discover the history and the current stories of Diejiao's dragon boat.

"I registered this account just out of passion," said Yang, "Sometimes I do find it difficult to operate that, but I will never give up."

Every year after the Qingming Festival, the dragon boat teams in Diejiao start to train under professional dragon boat instructors, preparing for the races around Dragon Boat Festival, and some even start to prepare after the Chinese New Year. 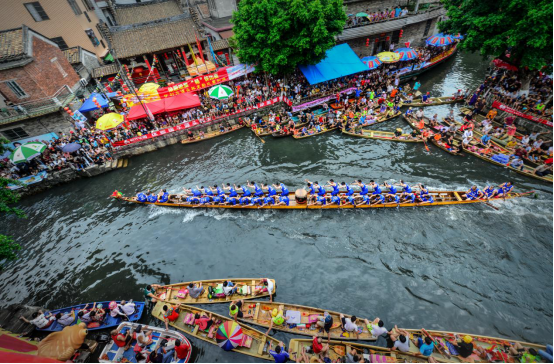 During the preparation period, Yang usually practices at night after work. His working hours are relatively regular and staggered with his training time.

"Some members may need to work overtime, but they will get back to training as soon as possible," he pointed out, "Many of my teammates have persisted in this sport for more than a decade."

Due to the epidemic, Diejiao has suspended the dragon boat drifting race for two years, and this year's race on Friday is the first restart. Yang has now been training for almost two months and he is looking forward to this race.

Dragon boat drifting is the embodiment of striving spirit and unity

There is a local proverb about Diejiao's dragon boat drifting "It is better to crash a dragon boat than to row slowly," which reflects the local people's striving spirit and unity.

"Everyone is eager to challenge themselves in the race. As they paddle hard, I can see a perfect integration of the individual and the team, as well as the deepest part of every Diejiao native," Yang said.

Like many other dragon boat team members, Yang is passionate about this sport. "I have dragon boat's blood in me." 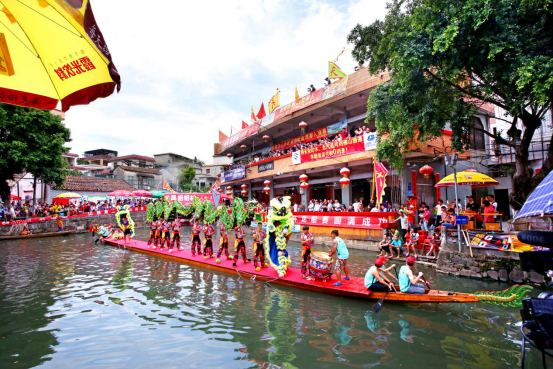 Yang also introduced that the local government plans to build a pavilion to show the dragon boat drifting culture, and he also plans to write a book about it.

At present, there are 18 dragon boat teams in Diejiao. It is common here for fathers and sons, or even grandfathers and grandsons, to row together. Although young people were less involved than before, many people are still attracted back by this vibrant local culture. Yang hopes that more young people could join this traditional sport and pass it down.