No matter how many tall buildings appear in Guangzhou during its modernization process, the Oi Kwan Hotel located on the North Bank of the Pearl River will never fade into history.

No matter how many tall buildings appear in Guangzhou during its modernization process, the Oi Kwan Hotel located on the North Bank of the Pearl River will never fade into history. 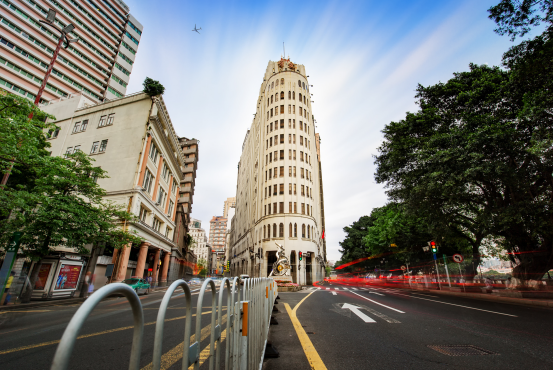 The hotel was once the tallest building in Southeast Asia and was known as the Crown of South China. It remained the highest building in Guangzhou for a total of 30 years from 1937 to 1967. It was also a landmark of the city from the 1930s to the 1960s.

What many people don't know is that the Oi Kwan Hotel was actually a branch of Hong Kong Oi Kwan Life Insurance Company in Guangzhou. In 1932, patriotic overseas Chinese Chen Zhuoping and some luminaries from the Hong Kong business community established the Hong Kong Oi Kwan Life Insurance Company. After the business developed, Chen built the Oi Kwan Hotel. The hotel is 15 floors high. Except for the second floor, whichwas a branch of the company, the rest was operated as a hotel. The name of the building in Cantonese means caring for others, which expresses the patriotism of overseas Chinese.

The construction of the building began in 1934. Vibro Piling and International Foundation Company Limited in Hong Kong were employed for piling, and the steel for the frame of the building were ordered from Siemens. Due to the historical and environmental conditions at that time, the construction was very difficult and lots of manpower and material resources were used. It took about three years to complete the whole building.

The Oi Kwan Hotel was basically completed around April 1937. The whole building is 214 feet high, about 65 meters. The hotel has the characteristics of internationalization, modernization and humanism. It was not only the first building to install an elevator system, but also the first hotel that was fully equipped with private bathrooms in Guangzhou. The sanitary fittings of the hotel were all the latest products from the United States, except the pipes from Germany.

In the new era, as a famous hotel with a long history, the Oi Kwan Hotel has taken new missions to meet the new market demands. The West Wing of the hotel has been preserved and redeveloped in a way to maintain its original appearance. The East Wing of the hotel has taken the lead in offering a new business model of high-end serviced apartments at the core of the cultural corridor on the north bank of the Pearl River. 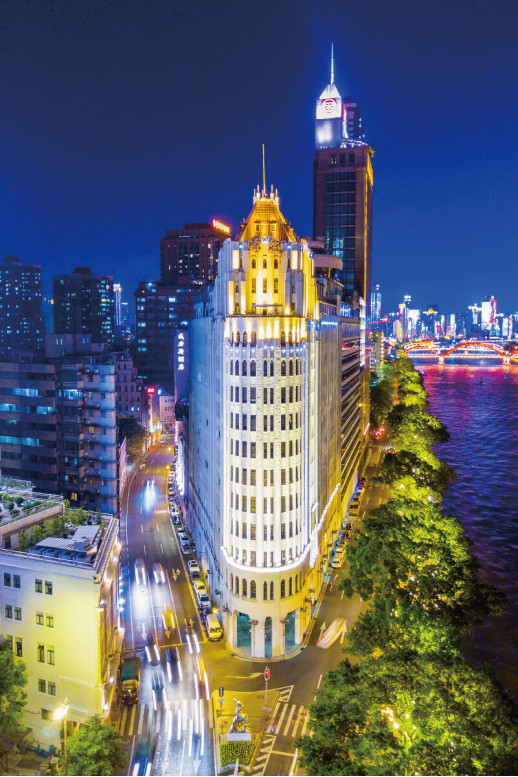