Many real-life "lion dance youths" in Guangdong devote themselves to intangible cultural heritage and its inheritance from generation to generation.

Last year, Chinese animation comedy "I AM WHAT I AM (雄狮少年)" brought lion dance, Guangdong's intangible cultural heritage, to the big screen.

Just like the teenage protagonists in the film who pursue their dream of becoming the best lion dance performers, many real-life "lion dance youths" in Guangdong devote themselves to intangible cultural heritage and its inheritance from generation to generation.

Similar to main characters of "I AM WHAT I AM", Huang Baoyi, a 26-year-old girl from Shunde, Foshan, has worked toward the goal of winning the Genting World Lion Dance Championship.

She has been learning lion dance for 13 years and chose it as her career, becoming a member of Sanzhou dragon-lion dance team. 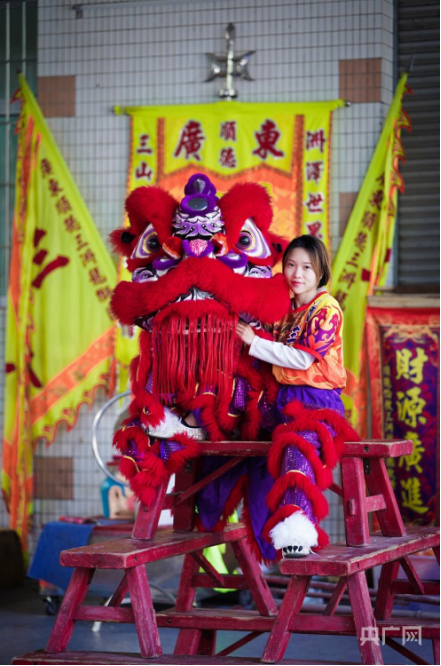 For most lion dance performers, the age of 30 is a turning point for their physical abilities, and almost everyone wants to pass on this skill. Therefore, while promoting lion dance culture, Huang is also making efforts to pass it on to younger generations with her teammates.

Huang works as a lion dance coach in five primary schools, and there are also some children coming to study lion dance at their training base on weekends. She was particularly impressed by a young student. "She is only in first grade, but she is the most active in training. While everyone else rested, she still practiced with the dance movements of lion head."

For Huang, these students are "little lions" who can carry forward the culture and dreams of lion dance. 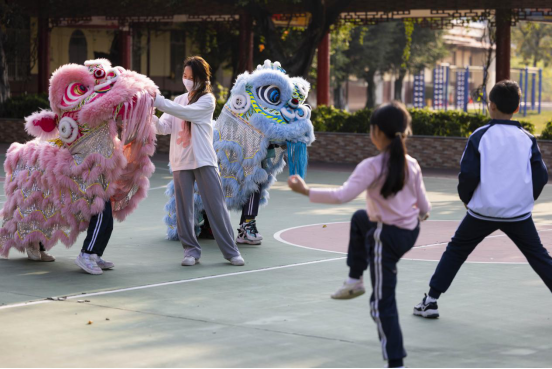 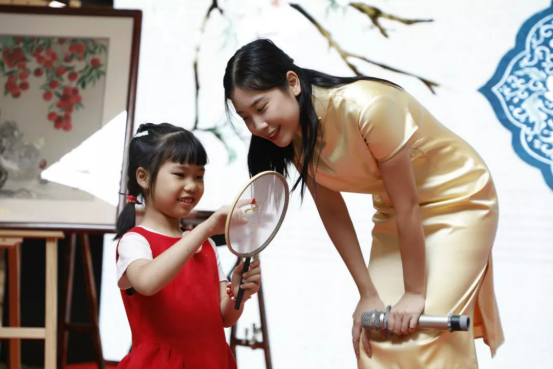 Tang Peiwen, an inheritor of Cantonese Opera, is a public service lecturer at the Cantonese Opera Art Museum, teaching children the skills and knowledge of this art form. 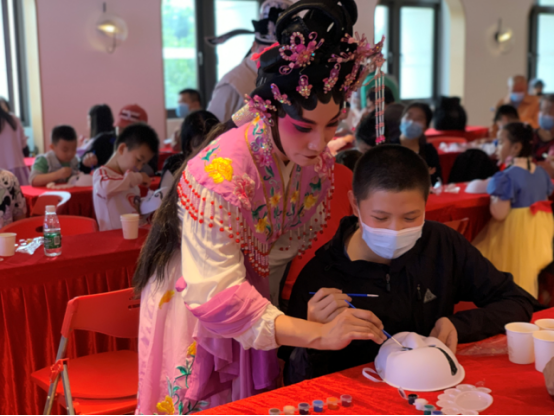 Guo Yihui, 22, is the youngest inheritor of Chaozhou woodcarving so far. He combines modern and his youthful factors with woodcarving to popularize it in a trendy way. "Chaozhou woodcarving is part of the essence of traditional Chinese culture," he said, "and I believe it is my responsibility to pass it on." 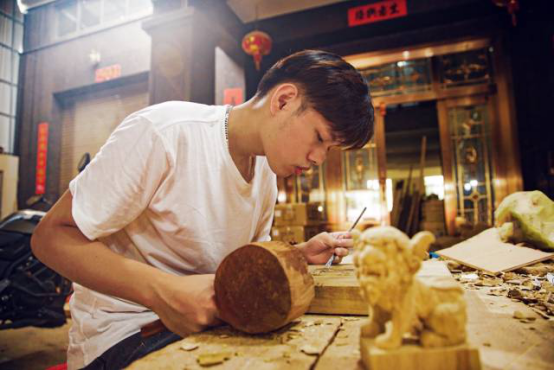 To honor their efforts, the Department of Culture and Tourism of Guangdong Province recently unveiled the winners of "2021 Guangdong intangible cultural heritage into campus" solicitation activity. Among 113 shortlisted projects, 10 won the Excellent Case Award and 10 won the Good Case Award. 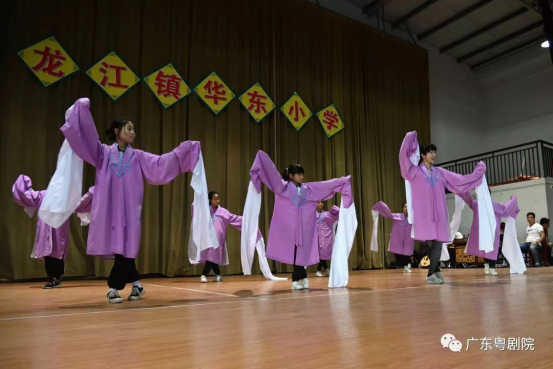 The shortlisted cases this time cover a large number of excellent traditional cultural projects from 16 cities in the province. In addition to Cantonese opera, Cantonese Embroidery and lion dance, there are also many local folk arts with local characteristics, such as bamboo sieve painting, gambiered Canton gauze and Tea Mountain dolls.